A KNIFEMAN has been shot by cops after stabbing eight people in a suspected terror attack in Sweden today, reports say.

The attacker, aged in his 20s, was gunned down and taken to hospital after he went on a stabbing rampage in Vetlanda, in the south of the country. 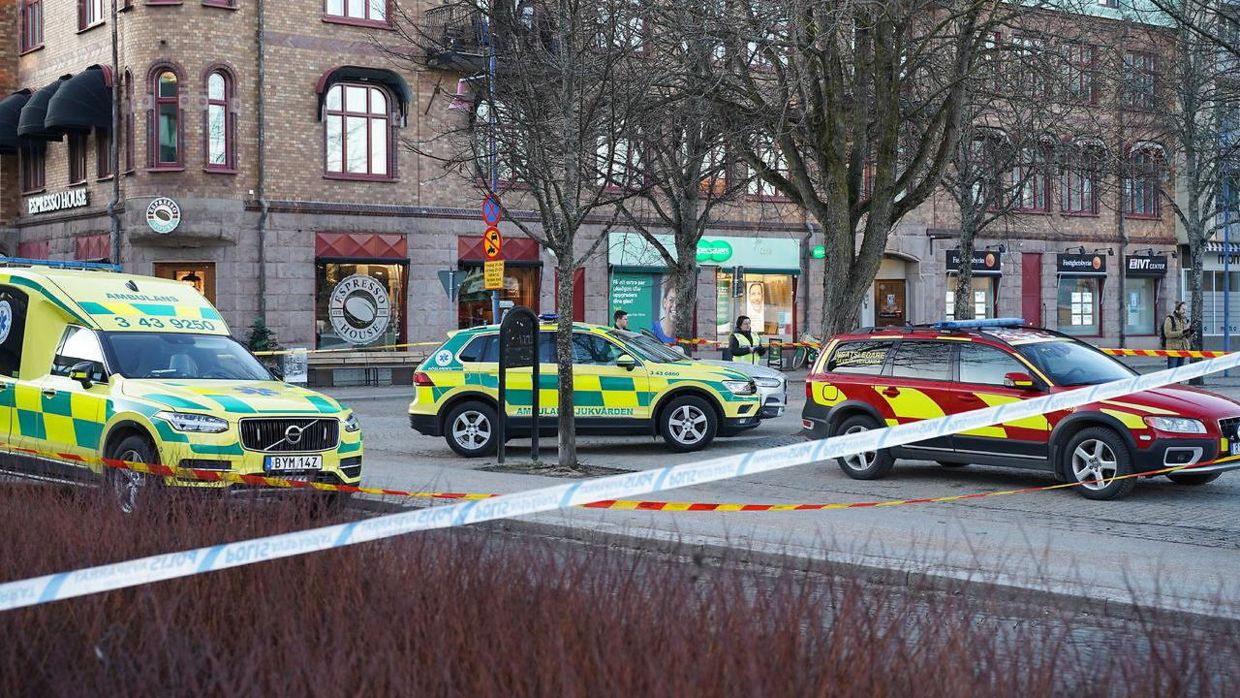 Investigators have told local media that the assault was a "possible terrorist act."

The attacker injured eight people – some seriously – with a bladed weapon, a police spokesperson said.

It is unclear if any of the victims are in a critical condition.

According to local media, the attacker as taken to hospital after being shot by cops but his condition is not yet known.

There were a number of witnesses to the rampage which police were called to at 3pm, reports say.

Parts of central Vetlanda have been cordoned off while police carry out their investigation.