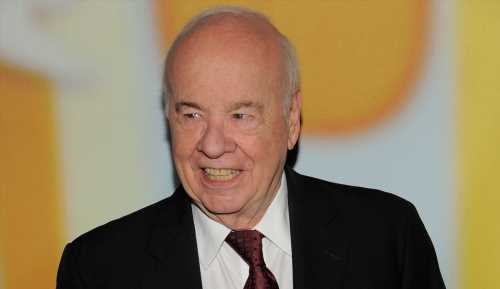 Tim Conway, the five-time Emmy winner who reveled in cracking up straight man Harvey Korman on The Carol Burnett Show and flummoxed Ernest Borgnine on McHale’s Navy, died today in Los Angeles. He was 85. He had been rendered mute since undergoing brain surgery last year.

“I can confirm he passed at 8:45 a.m. after a long illness,” Conway’s longtime publicist Howard Bragman said today.

Conway fairly dominated any scene he was in and was a fan — and cast — favorite on Carol Burnett’s long-running variety show. His chemistry with Korman was palpable as Conway delivered killer punchlines in a droll, unflinching style that enamored him to millions of fans. His penchant for playing slow-witted characters belied a genuine professionalism.

He won three Emmys for writing or co-starring on that classic series and two others for later guest sports on Coach (1996) and 30 Rock (2008).

A quote he gave during a 2004 interview alongside Korman for the TV Academy Foudation summed up his screen career: “I don’t feature myself as being the head man.,” Conway said. “I would much rather stand in the background and make small funny things than be up at the head of the class.”

Conways’ 50-year-plus career kicked into gear with his role as Ens. Charles Parker in the 1962-66 ABC sitcom McHale’s Navy, opposite titluar star Borgnine and other regulars including Gavin McLeod and Joe Flynn. The Sgt. Bilko-like series wasn’t a massive hit, never cracking the year-end top 20 ratings, but it aired more than 130 episodes and spawned a pair of movies in which he co-starred: McHale’s Navy (1964) and McHale’s Navy Joins the Air Force (1965). In the latter, his Ens. Parker is mistaken for a pilot, which gets his ship’s crew somehow into the unfriendly skies.