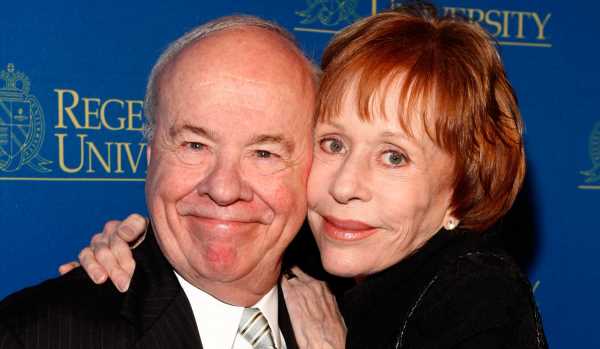 Carol Burnett is paying tribute to her former The Carol Burnett Show co-star Tim Conway, who passed away at the age of 85.

“I’m heartbroken,” the 86-year-old actress and comedian told Deadline. “He was one in a million, not only as a brilliant comedian but as a loving human being. I cherish the times we had together both on the screen and off. He’ll be in my heart forever.”

Tim had been suffering from Normal Pressure Hydrocephalus (NPH), which is when excess cerebrospinal fluid (CSF) accumulates in the brain’s ventricles and causes many side effects.