With the historic Season 23 of Big Brother now a thing of the past, it seems that CBS continues to get along well with Survivor at the top of primetime. On Wednesday, Survivor brought in a 0.9 rating in the 18-49 demo and 5.56 million viewers, marking the evening’s highest-rated program. The competition series was stable from last week, when it tied with The Masked Singer in demo rating.

Tying with The Masked Singer (0.8, 4.12M) this week was Chicago Med on NBC (0.8, 6.74M), which seems to have set the rest of the Chicago trio with a good enough foundation to remain steady. While Chicago Med rose in both demo rating and viewers, Chicago Fire (0.8, 7.00M) climbed up one tenth in rating from last week and drew in the evening’s most viewers.

Later in the evening, Chicago P.D. saw a sizable drop in viewers from its lead-in but won its time slot (0.7, 5.61M), over the premiere of CSI: Vegas and A Million Little Things.

The CW bid farewell to the latest chapters of Riverdale and In the Dark, and said goodbye to one of the show’s series regulars. Both of the dramas were stable in demo rating, but also fell in viewership from their premieres. Riverdale, with an explosive season 5 finale, bid farewell to Mark Consuelos, who exited the show as a series regular. He appeared as Hiram Lodge. Read the finale recap here. 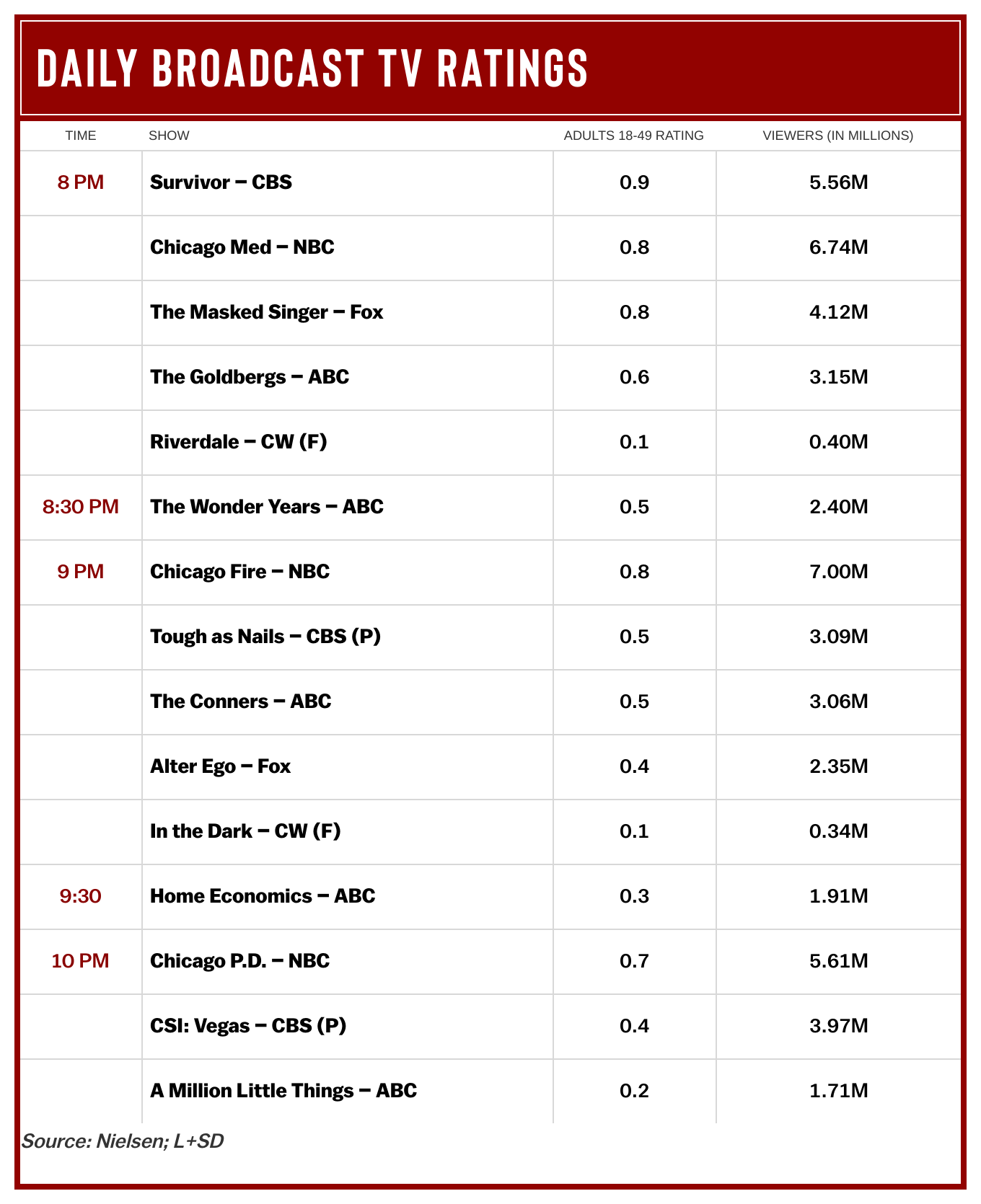