Laura Carmichael is ripping off the corset and stepping into a comfortable pair of slacks for her next role, which will also take her half a world away from the stately manor that made her famous.

Carmichael shot to fame in 2010 as dowdy middle sister Lady Edith Crawley in the hit period drama Downton Abbey. She stayed with the show through its entire six season run and, just before Christmas, wrapped filming of the Downton Abbey movie. 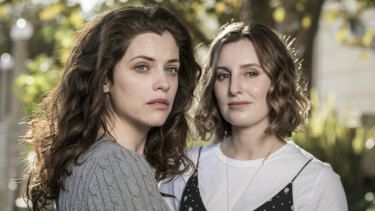 Carmichael plays Agatha, a shelf-stacker at the local supermarket who has a disturbing fascination with a regular customer, Meg. It marks her first role in Australia but, fortunately, she has been cast opposite an old friend who is helping her transition to the Sydney way of life. 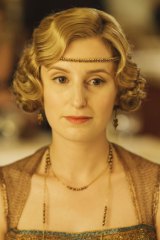 Australian actress Jessica De Gouw has been cast as Meg, a woman with an expensive house, two adorable children and a handsome husband. But behind closed doors her life is far from perfect.

"Laura and I have known each other for a long time. It's a real treat to get to work together, I didn't see that on the horizon," De Gouw said.

The Perth-born actress has been enjoying a successful career here and internationally, with credits in US TV series Dracula and Arrow, and roles in Deadline Gallipoli and Riot in Australia. But, she said she was particularly attracted to this project due to the fact that the story is female-driven.

"The women are front and centre in this. There are a lot of female creatives, there are female directors, a wonderful female cast. It is refreshing," De Gouw said.

"The domestic noir genre is really fun to play, but this is a different take on the thriller – making it in the home. The study of female psychology is so fascinating in this." 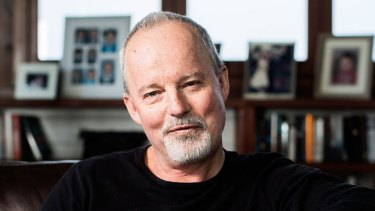 Perhaps ironically, the study of female psychology in this instance initially came from a man – author Robotham – who has been extremely hands-on in the process of having his story adapted for the screen.

"When it came to getting something made into a work for the screen I could either step back and give the rights to whoever to do their best or their worst, knowing they can't take the book away from me," he said. "Or I can try to be as involved as I can be, within reason."

He elected the latter, and having sat through the table read and hearing the actors bring his characters to life for the first time, it is a choice that seems to have worked out nicely. 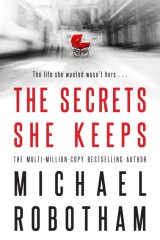 The cover of the book the series is based on.

"I have been surprised at how closely they have followed the book and how painless it has been," he said. "I thought they would be killing my babies left right and centre, axing characters."

One of the major changes that fans of the original novel will note is in how the storytelling takes place. In adapting the book, which is largely told through internal monologues, smaller characters are given larger roles to play in order for the two protagonists to have someone to talk to.

Some of these changes have resulted in things that even Robotham is excited by. "There are some extra scenes they put in there that are brilliant, things I wish I had thought of," he said.

This marks the first time one of his original novels has been adapted to screen in English, but a recent deal could mean it's not the last.

His Joseph O'Loughlin series of books has been optioned by World Productions, the company that created the hit series Bodyguard for BBC.

Principal production on The Secrets She Keeps will take place in Sydney and the Blue Mountains.
Network 10 is yet to reveal when the series will go to air.