The Countdown favourite, 33, joked she had been planning to wear two of the looks which featured on the Eurovision Song Contest, including Cyprus’ entry Tamta’s eye-popping bondage-style bodysuit. Predictably, Rachel Riley’s 636,000 Twitter followers went into meltdown at the idea of her wearing the racy ensemble. “The problem with pre-recording Countdown is there’s always a risk someone will wear my outfits on telly before our episodes get aired…” she tweeted during the final of the Eurovision Song Contest 2019, sharing a snap of the contestant from Cyprus and another of Australia’s Kate Miller-Heidke,who wore a ice blue ballgown and a bold spiked crown. “That’s 2 ensembles I’ll have to take back now,” she quipped.

“Shame, I was looking forward to wearing my chandelier pants and crown…” Rachel added.

She also ramped up the sex appeal in thigh-high black boots and a cropped PVC jacket.

“Still wear them,” another urged. “Viewing figures will go through the roof!”

“That’s a shame, you would of looked amazing in that black number,”(sic) a third chipped in flirtatiously. 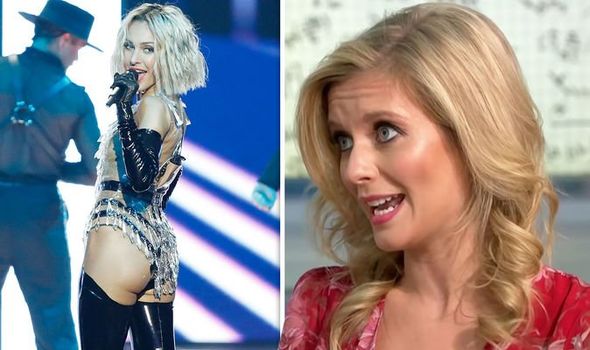 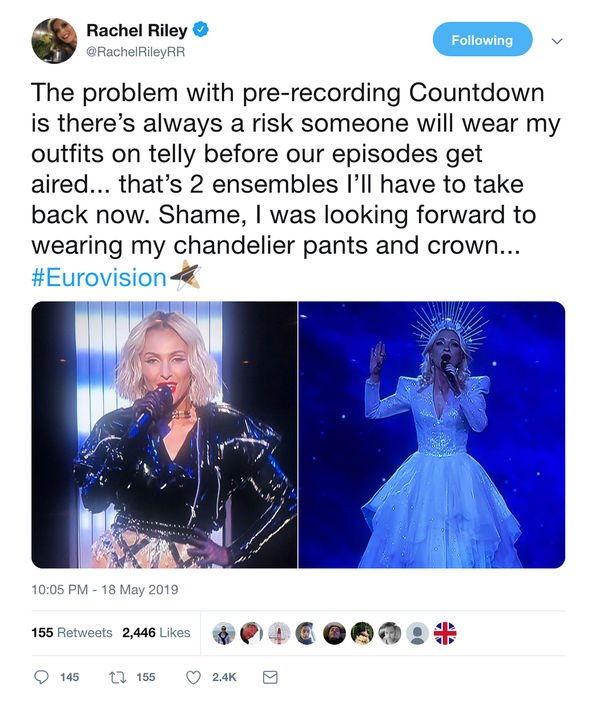 After Australia’s Eurovision entry performed her entire song attached to the end of a long bendy pole, swaying over the stage for the duration of Zero Gravity, several Countdown enthusiasts took to the comments section on Twitter to remark on the idea of Rachel going about her duties on the Channel 4 game show on a similar contraption.

“I’d love to see you do Countdown from on the end of one of those ruddy great poles!” one laughed, while a second agreed: “Could do an episode swaying on a huge pole though!”

Meanwhile, one social media user was still more keen on seeing Rachel go for the bondage-inspired option, pointing to Iceland’s very risqué costumes as a possibility should she need a new idea.

“Exchange for an Iceland outfit!” they wrote.

Another lightheartedly encouraged Rachel to wear something along the lines of the Eurovision looks she had joked about having to ditch from her wardrobe, saying: “Do it for your fans, you know Vorderman would.” 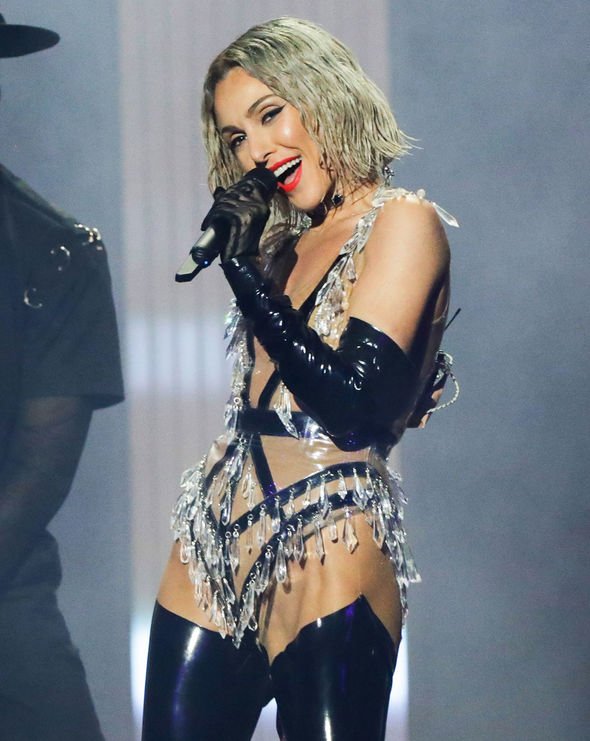 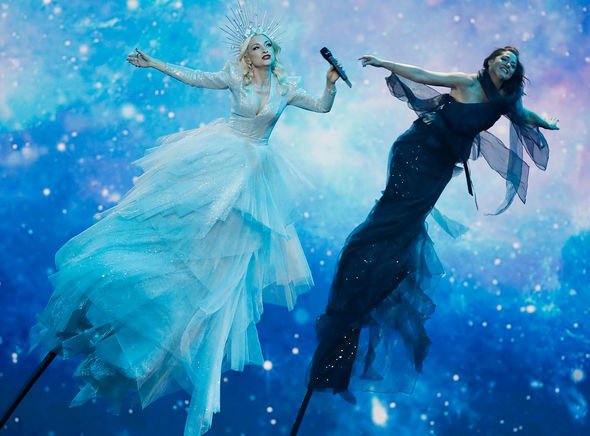 Rachel first shot to fame when she took over from Carol Vorderman, 58, on Countdown back in 2009.

Since then, she has gone on to appear on post-watershed comedy spin-off 8 Out of 10 Cats Does Countdown, present The Gadget Show and star on Strictly Come Dancing in 2013.

Elsewhere, while Cyprus and Australia’s Eurovision attires both caught the attention of fans tuning in from all over the world, it was the Netherlands who walked away victorious.

Singer Duncan Laurence was crowned the winner with his song Arcade, scoring 492 points and telling the crowd: “Here’s to dreaming big, this is to music first, always.”

The UK’s entry, Michael Rice, however, came in last with a disappointing 16 points.