The BBC Breakfast host put forward the Conservative’s argument that Ashworth’s plans will cost the NHS over £6billion because of his hopes to introduce a four-day-week plan however, the MP fired back at the oppositions “hopeless nonsense”.

Ashworth joined BBC Breakfast host Dan Walker and Louise Minchin from Westminster this morning to talk about Labour’s funding plans for the NHS in the coming general election.

He added that £20billion was already announced by the former Prime Minister Theresa May last year but Labour would introduce an extra £6billion.

“I think we’re facing a mental health crisis in this country,” Ashworth added and explained that the overall performance of the NHS had to be improved. 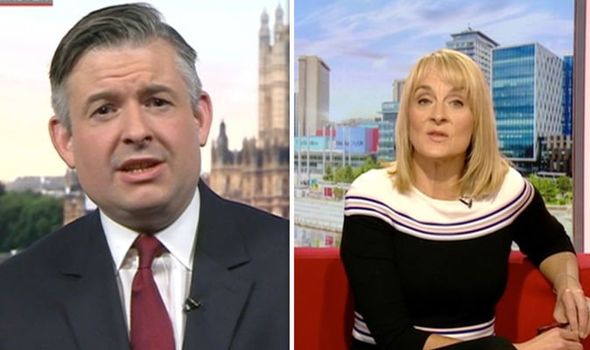 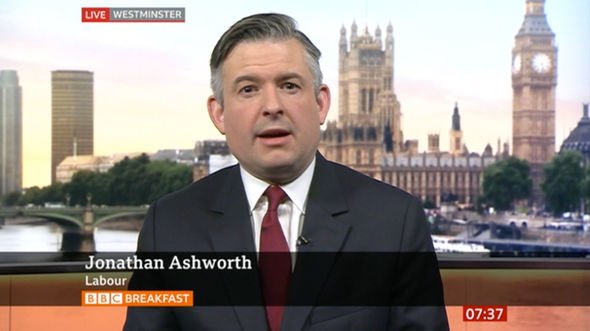 However, the MP was then grilled by Minchin over one of the Labour party’s policies.

She started: The Conservatives are claiming that your plans will actually cost the NHS over six billion because of the extra funding, because of your plans which we’ve talked about to introduce a four day week.”

The MP fired back: “Hopeless nonsense from Matt Hancock.”

He went on to explain that the press release released yesterday by the Conservative MP was “laughable”. 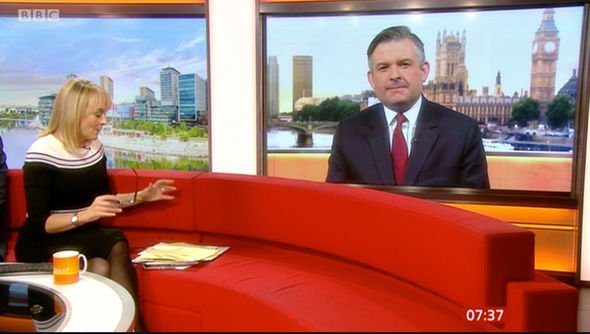 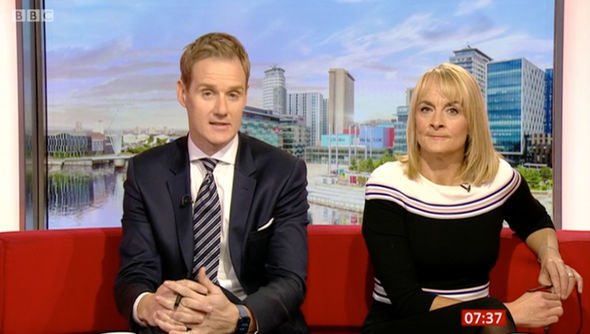 “I laughed out loud. I couldn’t believe how ridiculous it was. Absolutely not true,” he said.

Minchin pressed: “But you have announced plans to introduce a four day week. You’re looking at that?”

The MP made it clear those were hopes “in 10 years time” when the economy has improved but he had it out for Hancock.

He explained: “The idea that there’s going to be a four day week in the NHS on December the 13th, which Matt Hancock was suggesting in his press release was just nonsense. It was laughable.”

The BBC host then went to explore Ashworth’s four-day-week plans but pressed to know if the NHS would be involved in these schemes.

“No. It’s not happening,” he explained and reiterated that they have plants to put investment in the NHS to recruit doctors nurses and midwives.

“What the Tories are saying is absolute nonsense,” he added.

Minchin then pressed: “So the NHS is not part, right now or not ever part of a four day week plan?”

“No,” Ashworth simply responded will the BBC host seemed puzzled by his response.

“So why then talk about a four day week plan when, for example, the NHS is not part of it?,” she inquired to know.

The MP explained that Labour’s John McDonnell aimed to introduce a commission to implement ways in 10 years time people’s hours can be reduced. He claimed it was “nonsense” that the NHS will go on a four-day-week if they win the elections and added that they will put forward their rescue plan.

BBC Breakfast airs weekdays on BBC One from 6am.