Yesterday, Lily Allen caused a stir when she suggested patriotic song Rule, Britannia! should be banned. She wasn’t pleased with the 1740 lyrics which refer to slavery.

On today’s Good Morning Britain, Piers Morgan got involved and was quick to hit out at Lily for her views.

Claiming she was “always outraged”, the presenter invited two guests for a debate on whether Rule, Britannia! should be banned or not.

Commentator Joanna Jarjue said: “The song was written in the middle of the 1700s and that’s when slavery was in full force. 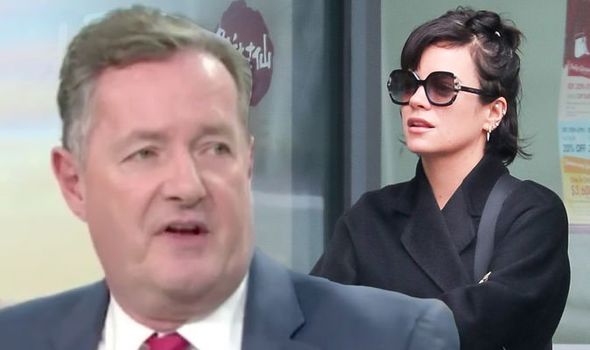 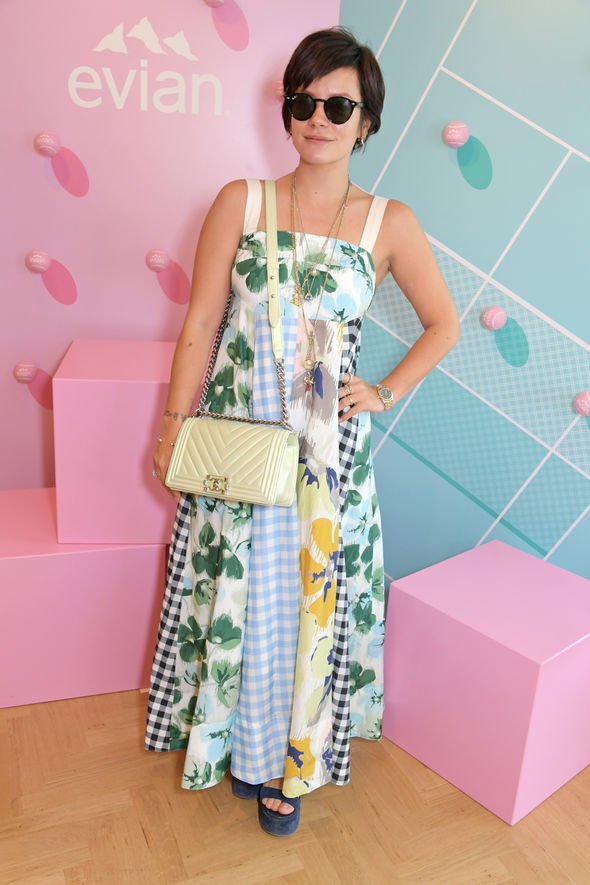 When asked if she thinks it should be banned completely, Joanna suggested: “Banning it completely…

“if people want to sing it in their own private homes – I don’t think we should be singing it.”

Piers jumped in: “One of the greatest patriotic songs we’ve every had.

“It stirs the soul,” he said, referring to the grand brass elements of the tune. 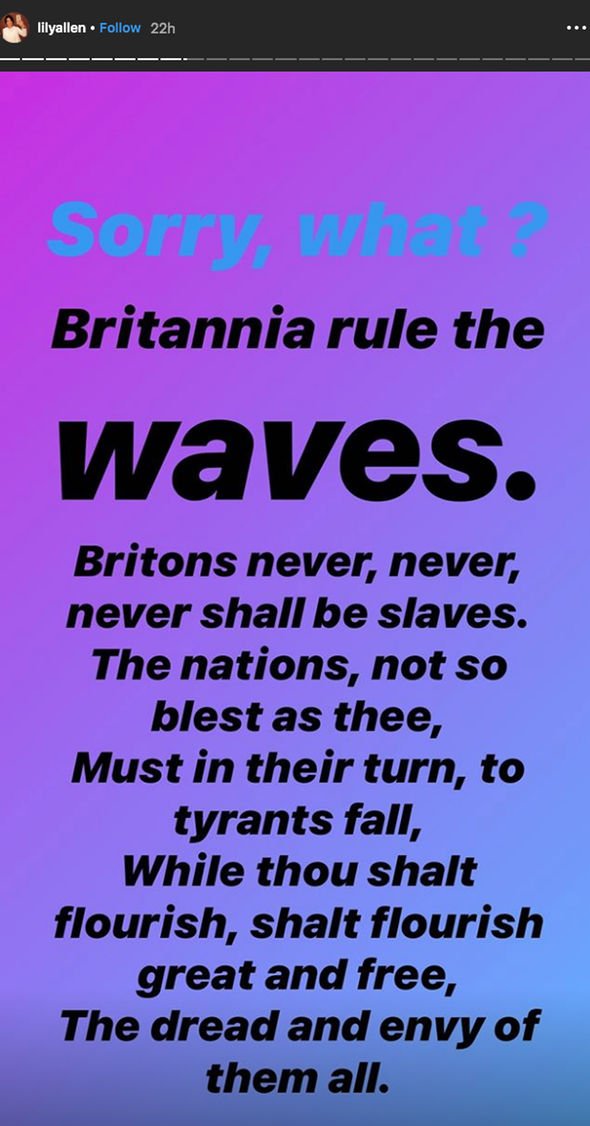 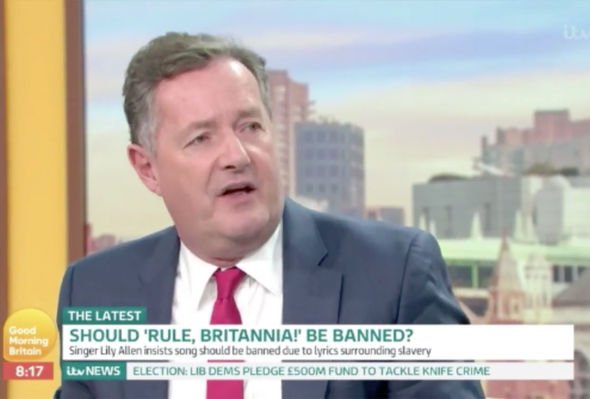 Joanna suggested it was “insensitive” for those who died during battles.

However, Piers went on to say Lily’s songs could be seen as offensive.

“‘Cause we hate what you do and we hate your whole crew so, please don’t stay in touch.”

Piers insisted: “Why are we allowing Lily Allen to spew profanity like that on stage.”

Yesterday, Lily shared on her Instagram story: “I think we should not sing this song anymore.”

After that, Lily wrote: “Sorry, what? Britannia rule the waves. Britons never, never, never shall be slaves.

Lily was blasted for her thoughts as one commenter wrote: “If it wasn’t for the brave men and women of that generation we would be German talking slaves… most of us wouldn’t be here now talking so freely without the horrible things that go on the world to assure our freedom….

“All this soft attitude will be irrelevant if a world war kicked off again, you’d all be depending the the people willing to do the dirt so you all can sit back and cry about pointless things… on another note have we left the EU yet.”

Good Morning Britain airs weekdays on ITV from 6am.