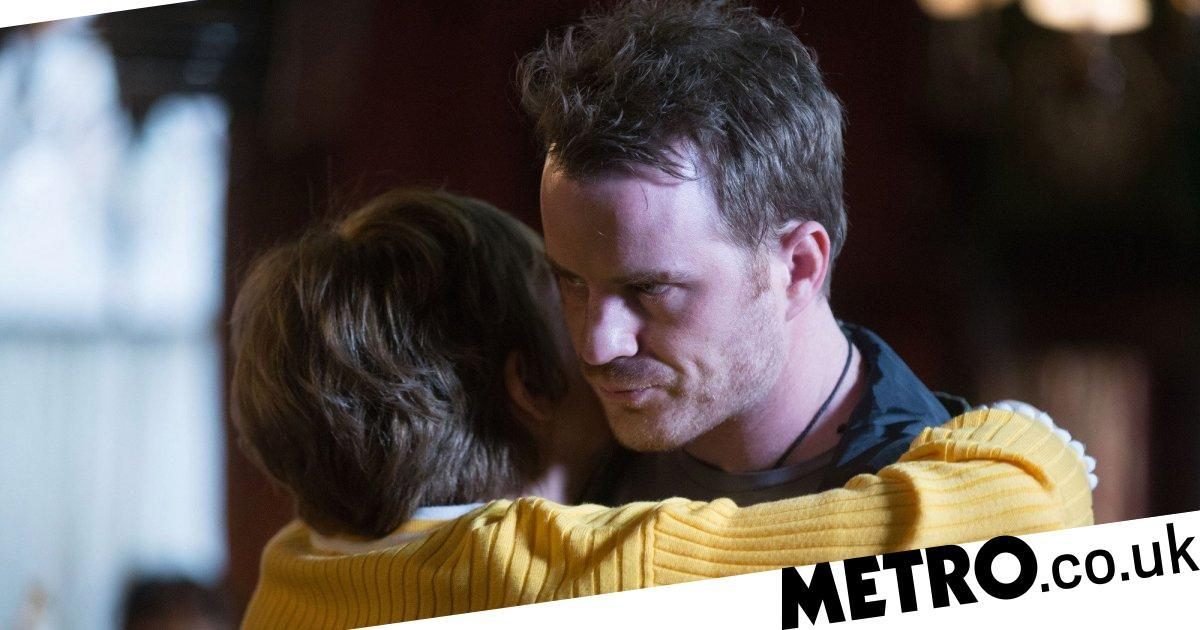 As with the suicide of Aidan Connor in Coronation Street – which was also overseen by Kate Oates, a producer passionate about raising awareness and conversation about mental health – this episode will have hit home for many.

For me, it home a step further because, like Sean, I was pulled back from the brink by the love of my mother. As Rob rightly pointed out in his interview with me, empathy and understanding is forever more effective than sympathy.

Appreciating that the person isn’t wrong to feel that way and understanding that they do – and they can’t help it – beats any kind of ‘there there’ or ‘snap out of it, others have it worse’ approach.

And that’s what Jean was able to deliver to Sean. While he was sitting despising himself, only able to see the negative aspects of his actions and personality and thinking that the world would be a better place without him, Jean’s memories of him as a boy sharing his ice cream with his sister were vastly different.

When you end up overcome with feelings of such bleakness, your brain tricks you into only seeing the worst in everything. Jean broke through that ever so slightly. She was patient and she got it. She listened, REALLY listened.

She didn’t even wince when Sean snapped. She didn’t give up and say ‘this is pointless’ when he stared blankly and numbly into space as she spoke. She’s a mother, she’d never give up on her son.

There is no love more powerful than that of a mother for her son. My own mum and I have the closest relationship. We are so similar so can empathise with one another. Sometimes our similarities – stubborness, short tempered-ness, snappiness – make us have spectacular fallouts. Our other similarities – selflessness, fierce love and wicked senses of humour – bring us hours of joy.

My mum can sense, even when I live far away, when I don’t feel in a good place. I have battled depression for over half of my life. When I had decided I wanted to end my life, I felt I was doing people like my mum a favour, freeing them from a burden of having to look after me.

Of course I was wrong, but you can’t always see that. Some of the dialogue in tonight’s episode struck a chord with me. Sean repeating that he was just ‘so tired’ is a relatable summary of reaching that stage of feeling you can’t endure it anymore.

Stacey saying she didn’t get it because Sean was ‘all happy’ earlier in the day is something I have constantly come across. I laugh and smile a lot – and I also cover up pain with jokes and humour.

But as Jean said, no matter how bad things get – no matter what the question, suicide is not the answer. As Sean said that he makes everything worse, he had a voice to argue with him and to tell him this was not the case. Sometimes, even that is not needed, just knowing that person is there and cares enough to stay there with you can be what tips things the right way.

Jean, someone who understands mental health more than many EastEnders characters, told Sean that each time he spoke, the load he carried with him all his life would be dropped but inevitably have to be picked up again and again. But each time it will get lighter until you might not need to pick it up any more.

Right now, my load is light. But at its heaviest, my mum said the exact same thing to me. I had to pause my watch through of this episode so many times to let it hit home how similar our situations are.

I have broken down sobbing into my mum’s tight embrace, the safest place for any man to be – whether he is young or grown up. And once she had to give me that pep talk that must have been so daunting for her.

She might not even realise that she saved my life that day. All I know is that I started off a day with a plan in mind – and a weird kind of relief in the knowledge of ending my suffering – and by the end of it, I had enough doubt in it and enough desire to want to fight back and redisocver joy in life.

I had my mum to thank for that. Because suicide wouldn’t have ended suffering but heaped so much more on those I had left behind. And that’s not what I – or Sean – would ever want for those we love.

For those out there suffering – whether you’re just feeling a bit down in the dumps or you are at the place where Sean and I were – find your Jean. Everyone has one. It doesn’t have to be your mum. It can be anyone – from a friend or a colleague through to a professional or a stranger down the Samaritan’s helpline.

What I will take away from this episode of EastEnders is the reiteration that accepting help and talking was the best thing to ever happen to me. And nothing in this world is too bleak that there isn’t a way through, even if it is difficult.

What you should take away if you are the Sean in this is that you can do this, you are worth it and people will never be better or happier without you around.

And if you are the Jean in this situation, know that just by being there for someone, you might be saving a life. And what a power to have. No love can be stronger than that.

If this episode gets that through to a few people, that’s a little chip away at the pandemic. But a huge, life changing difference for individuals, the power of which can never be measured.

I dedicate this post to all the Jeans – all the people like my mum – out there, who will spare time to listen and empathise with the Seans and the mes out there. We all need to tackle this widespread illness head on and be there for one another.

Our lives will all be touched by it at some point. And the more we talk about it, the better we will all get at dealing with it and realising that depression never has to be the end.