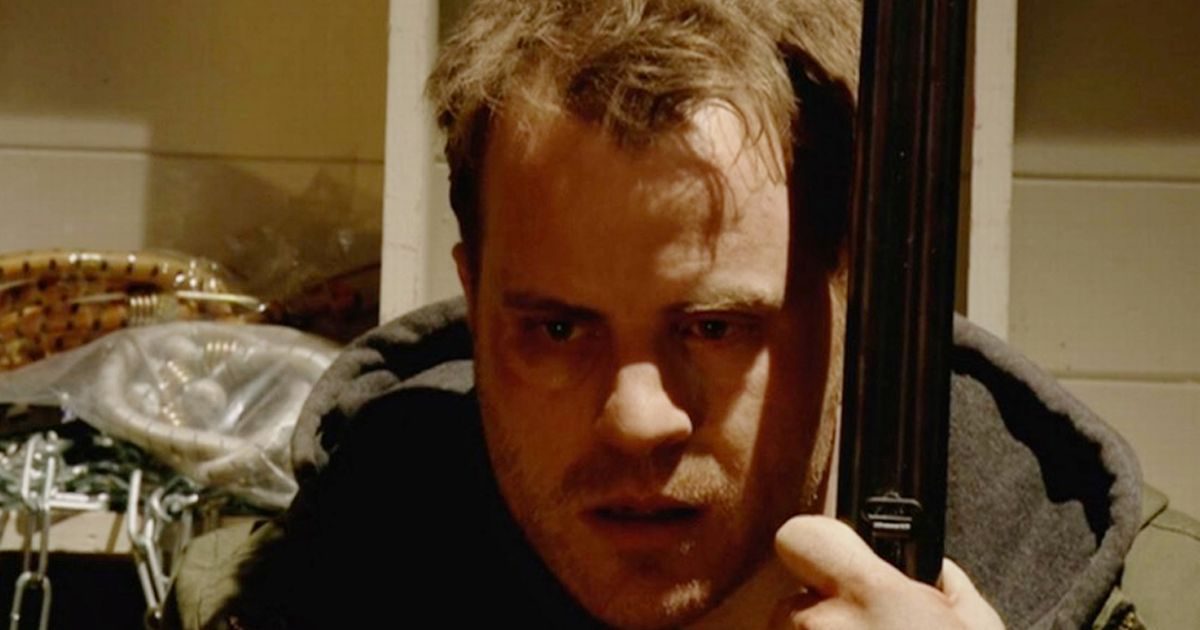 In some of the soap’s most powerful scenes ever, Jean tried to convince her son not to take his own life.

Robert Kazinsky, Gillian Wright and Lacey Turner were heavily praised for their incredible performances as the Slater family were reunited in tragic circumstances.

Stacey and the paramedics arrived at the remote cottage and saved Jean, but she ran to the barn after realising what her son was planning to do.

All hope seemed lost when they found a note warning not to come in and phone the police on the door.

Jean feared her son was dead so was relieved when she found him sat in the corner – but he was holding a shotgun.

Emotional Sean said: I wanted to see Roxy and Amy and you [Stacey] and tell mum what i’d done and then I just wanted it to stop.”

Jean explained she had been in Sean’s position as she tried to persuade her son to put down the gun.

There were tense moments where it appeared Sean was going to take his life when he squeezed the trigger.

Upset Sean repeatedly shouted at his mum to “get out” but she refused to leave, instead insisting she would watch him shoot himself.

With Sean still reeling from confessing he had killed his dad, Jean revealed that Brian had affairs during their marriage and a whole secret family.

Holding tearful Stacey’s hand, Jean said: “I’ve got cancer. Maybe I will live. Maybe I won’t. But whatever chance I’ve got I will take it.”

In a powerful speech, Jean told Sean to grab the glimmer of hope that exists and hold the people that love him tight.

She added: “Whatever you’re feeling right now. It will pass.”

With Sean in tears, he handed his mum the gun and gave her a massive hug.

Another added: "Loved the scene with Jean, Sean and Stacey tonight! Such a powerful episode! Incredible acting! Covering real life situations so precisely! "

A third said: "Unbelievably good actors and so truthful. So moving. You leave a little of the pain behind and when you pick it up again and it’s lighter and on it goes. "

* Samaritans (116 123) operates a 24-hour service available every day of the year. If you prefer to write down how you’re feeling, or if you’re worried about being overheard on the phone, you can email Samaritans at [email protected]

*EastEnders airs on BBC One on Monday and Fridays at 8pm and Tuesdays and Wednesdays at 7.30pm