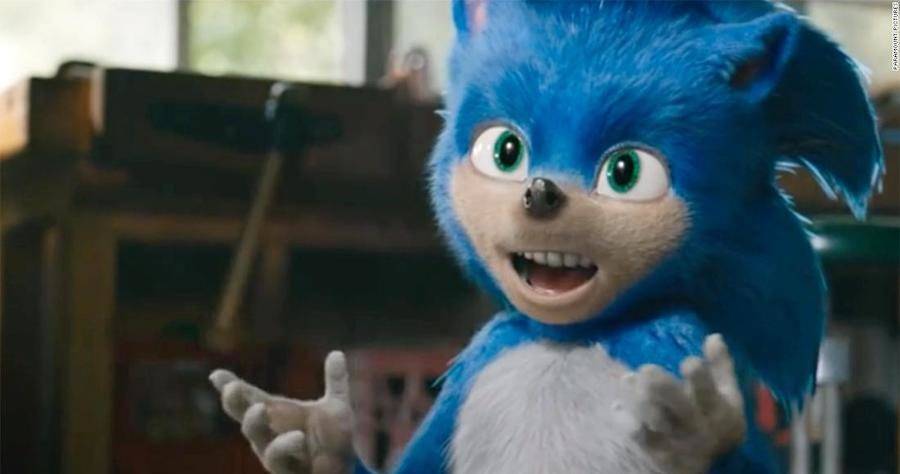 “Sonic the Hedgehog” is getting a makeover after the first trailer for the upcoming movie was the target of backlash on social media.
The video game adaptation has been long in the making. But it seems perhaps a little more time should’ve been spent vetting Sonic’s look. Fans criticized it as too realistic. His muscular, human-like legs came under fire, as did the presence of teeth (as seen above). The original video game Sonic had thin, stick-like legs and definitely no bicuspids.
Well, have no fear, because the movie’s director, Jeff Fowler, is vowing to change the design:

That figures to be an enormous task — Sonic is the main character and undoubtedly required a ton of CGI work already. And the movie is slated for release November 8. Somewhere, a bunch of visual effects designers are groaning and cancelling their vacations.

Sonic tries to navigate the complexities of life on Earth with his newfound best friend — a human named Tom Wachowski. They must soon join forces to prevent the evil Dr. Robotnik from capturing Sonic and using his powers for world domination. Read More