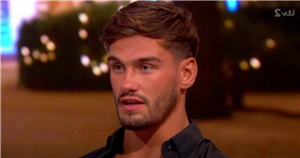 Love Island bosses have denied rumours that former contestant Jacques O’Neill was under pressure to appear on spin-off show AfterSun following his dramatic exit from the villa.

The 23 year old rugby star quit the villa two weeks ago saying he didn’t feel like himself, following a rocky relationship with Paige Thorne.

He then later appeared on Aftersun and spoke to Laura Whitmore about the reasons for his exit.

Ahead of his chat with Laura, a clip was played of Adam Collard kissing Paige, who Jacques said he would wait for until she left the show.

Some fans questioned whether Jacques felt “pressured” to appear on the show, despite leaving the main villa to focus on his own wellbeing. However, show bosses have denied this was the case.

Jacques and 24 year old paramedic Paige first hit it off after he arrived in the Majorcan villa just one week into the show.

For the majority of his time in the series, the pair remained happily coupled up, however Casa Amor proved to be a significant test for the couple, as Jacques got to know fellow contestant Cheyanne Kerr during their time apart.

Despite the friction caused by this, the couple remained together, until Jacques elected to leave the villa on day 37 of the competition after he felt the experience was becoming too much for him.

Opening up on Sunday night’s AfterSun, Jacques explained that his decision had been necessary, after the situation began to get “way too much” for him in there, with the star admitting that he really just needed to see his mum and his friends again.

Speaking about his exit, Jacques admitted he had sat down to watch his final episode alongside his mum in an emotional and vulnerable moment.

"The first thing I did when I got home I watched the episode with my mum, the last episode," he revealed. "And I said to my mum, 'listen I've got no tears left', I've been so emotional.

"I literally stuck it on and I was putting on a brave face in front for my mum."

He added: "I've got a lot of work to do on myself and I know that. If that's what I've got out of this show and I'm going to be a better person.”