The siblings, who appeared on the hit Channel 4 show with their parents Nikki and Jonathan until 2018, pulled out all the stops for the special occasion. 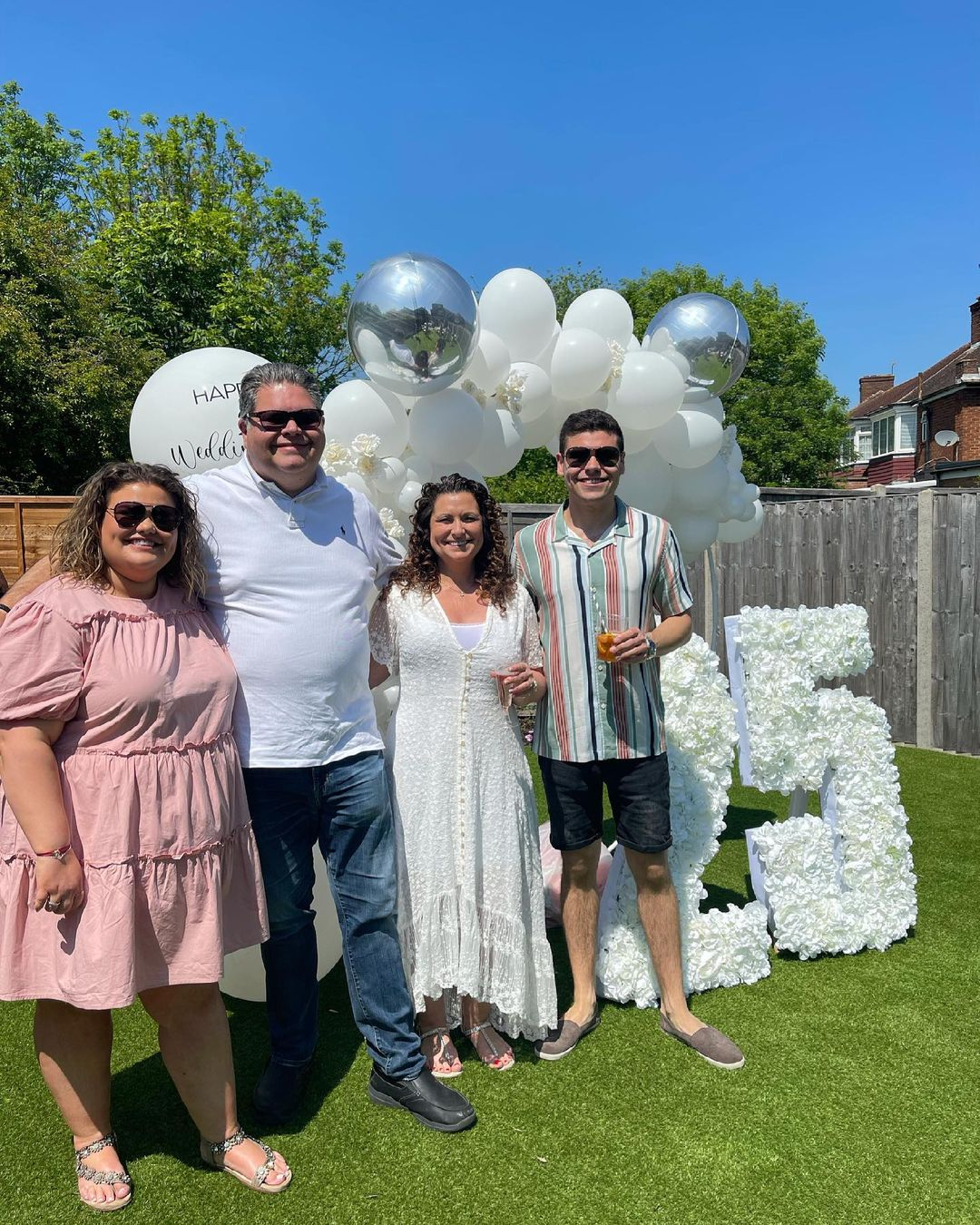 Amy, 21, took to Instagram today to share snaps of the happy occasion as well as video of the moment their parents removed their blindfolds and saw what their children had done for them.

Wearing a white dress, Nikki doubled over in shock and said: "I told you I needed to clean the downstairs toilet," making her guests burst out laughing.

She then pulled Amy and Josh in for a cuddle, as did Jonathan, before the couple greeted their friends and family who were in the garden.

Amy and Josh had organised a big white balloon arch and large '25' numbers to be at one end of the garden, and had set up tables for people to dine on. 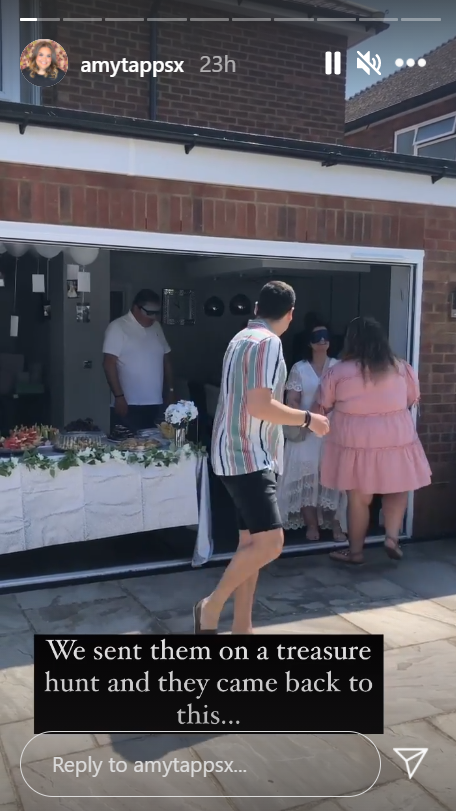 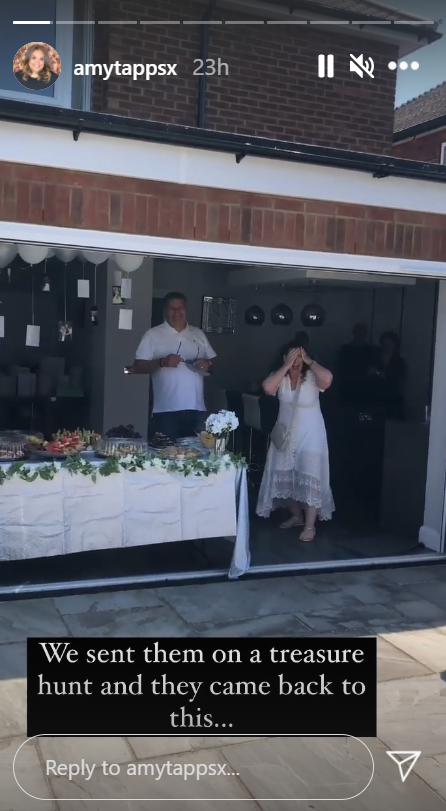 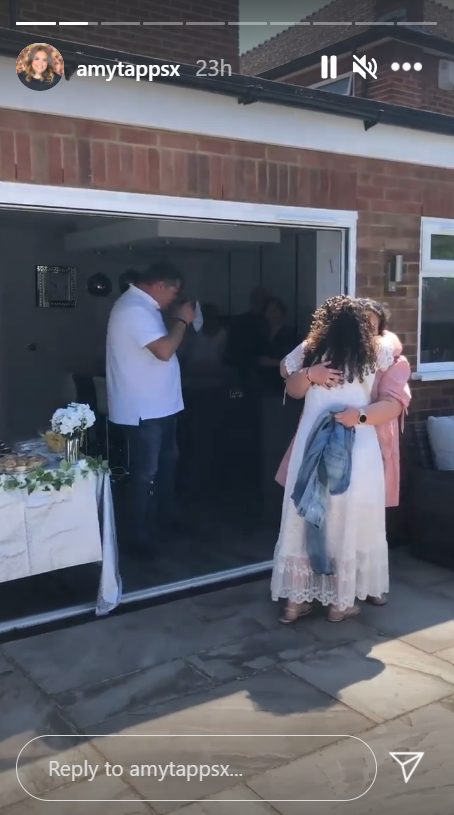 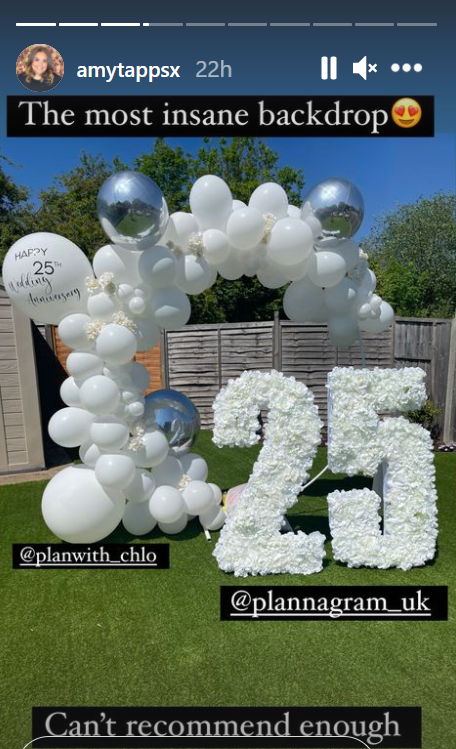 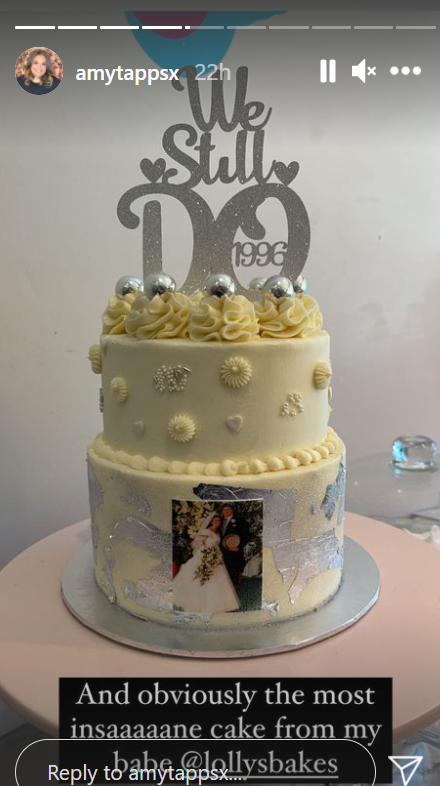 Just inside their patio doors was a long table full of delicious food and cake, as well as a special anniversary one which featured a two tiers and a sign which read 'We still do 1996' on top.

The sweet treat also had a picture of Nikki and Jonathan on their wedding day attached to the lower tier.

Inside the house were more pictures of the couple during their marriage, with them hanging from white and silver balloons.

Amy then shared snaps of the couple and the whole family posing in front of the balloon arch and wrote: "Sorry for the radio silence… me and josh organised my parents a silver wedding anniversary party today…" 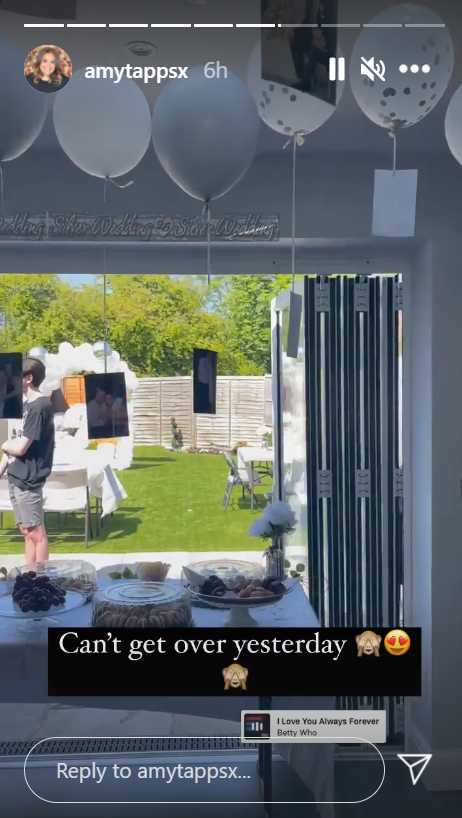 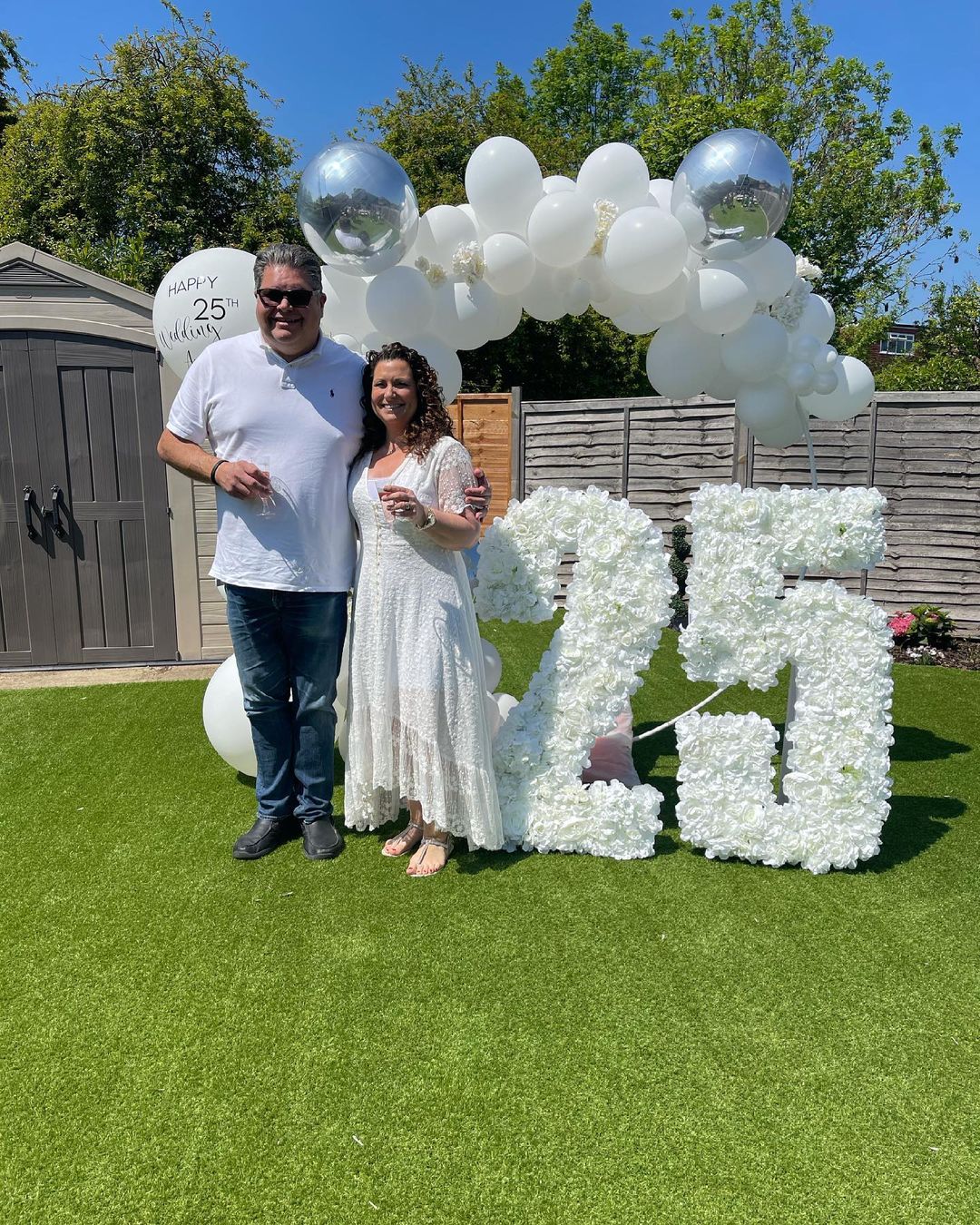 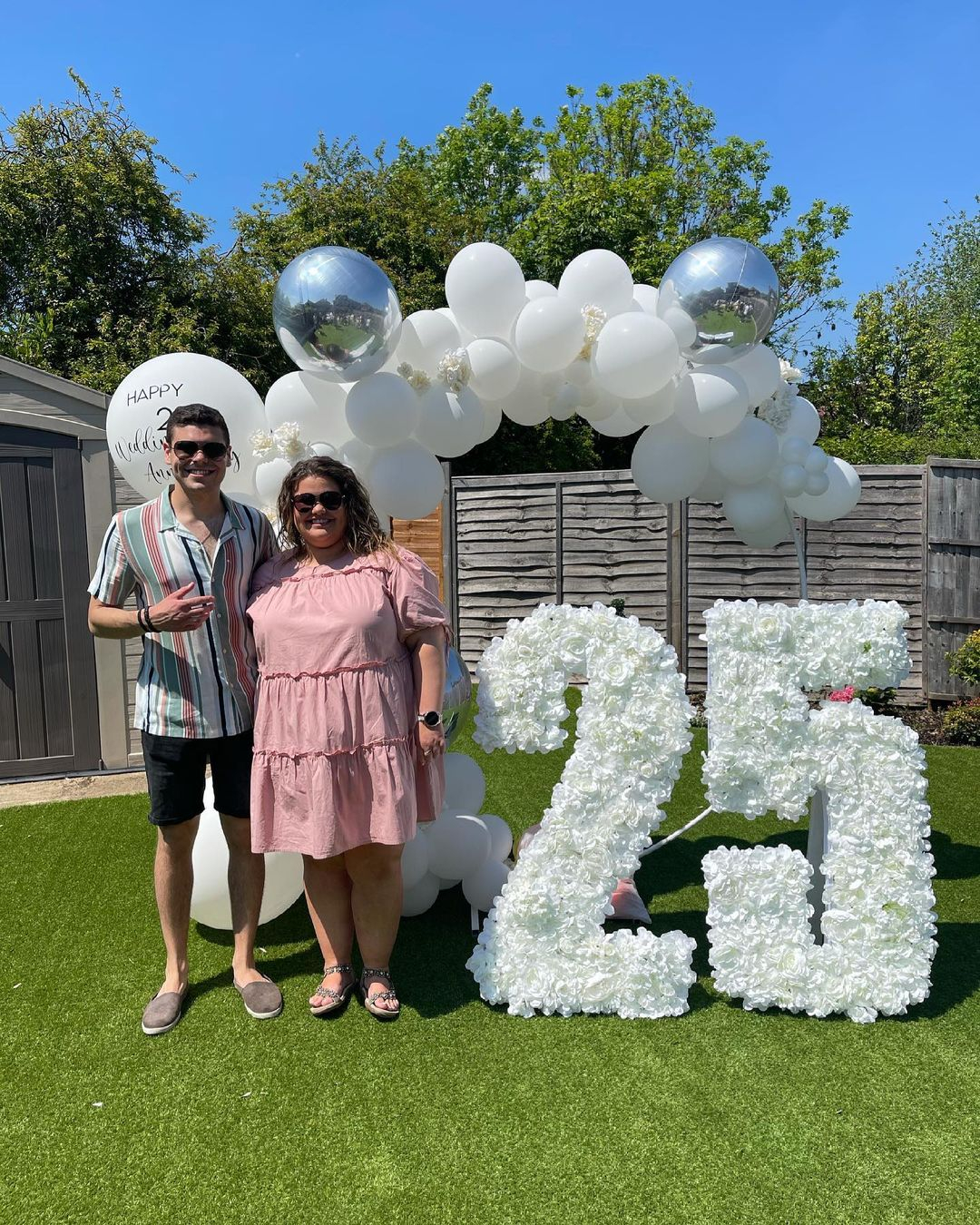 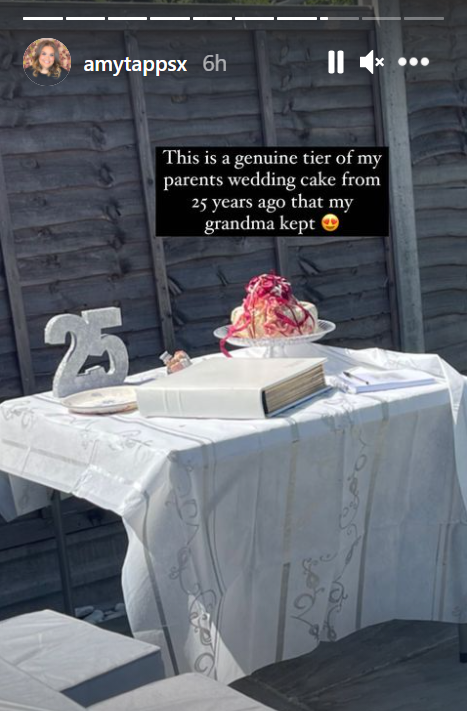 Amy also shared a snap of another table in the garden and wrote: "This is a genuine tier of my parents wedding cake from 25 years ago that my grandma kept".

The Tappers were part of Gogglebox from 2013 until 2018, after Josh and then Amy left to pursue other projects.