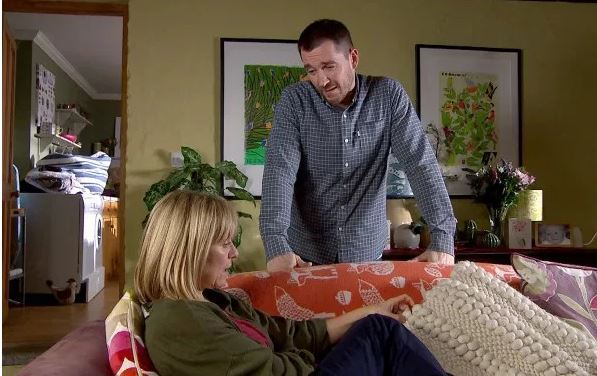 RHONA Goskirk will leave her partner Pete Barton heartbroken in Emmerdale when she confesses she cheated on him during a recent night out.

The vet – who recently had a hysterectomy – was determined to party the night away and prove she was still young. 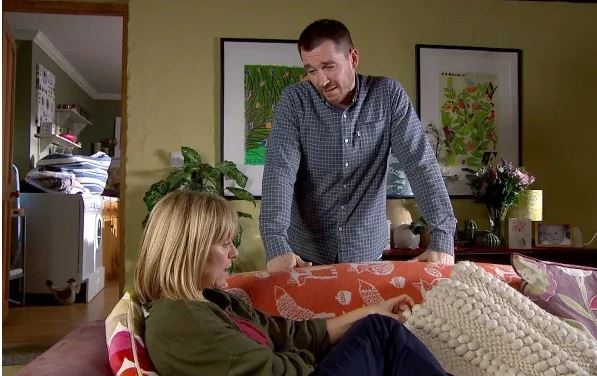 Rhona has been thrown into turmoil after her surgery forced her to start the menopause early.

Pete didn’t help matters much when he presented Rhona with a dressing gown and slippers on her birthday instead of the sexy underwear he gave her last year.

So when a handsome stranger started giving her the eye in the club, Rhona was more than flattered. In fact, she lapped up the attention and they ended up having a kiss.

Rhona didn’t fess up to Pete but things got awkward when Pete’s new farm hands, Nate, starting going on about how he’d met the most amazing woman in a club and how he was determined to find her.

Nate was delighted when Pete took him for a drink in the Woolpack and he spotted the woman of his dreams – Rhona.

Pete lost the plot and told Nate he was wrong, but Nate was pretty darned sure Rhona was the woman he’d pulled.

It soon became clear that the night Nate was talking about was the night Rhona had gone out with the other villagers and Rhona suddenly jumped in and told Pete a huge lie.

She told him that Nate had forced himself on her. Poor Nate was left baffled as Pete fired him and threw him out of the pub. But will Rhona be able to live with the guilt?

She felt even worse when Kerry Wyatt – who was also on the night out and had seen Rhona flirting up a storm with Nate – told her that she was an excellent liar.

So it looks like Rhona will come clean and tell Pete she kissed Nate. But will be that the nail in the coffin for their already rocky romance?