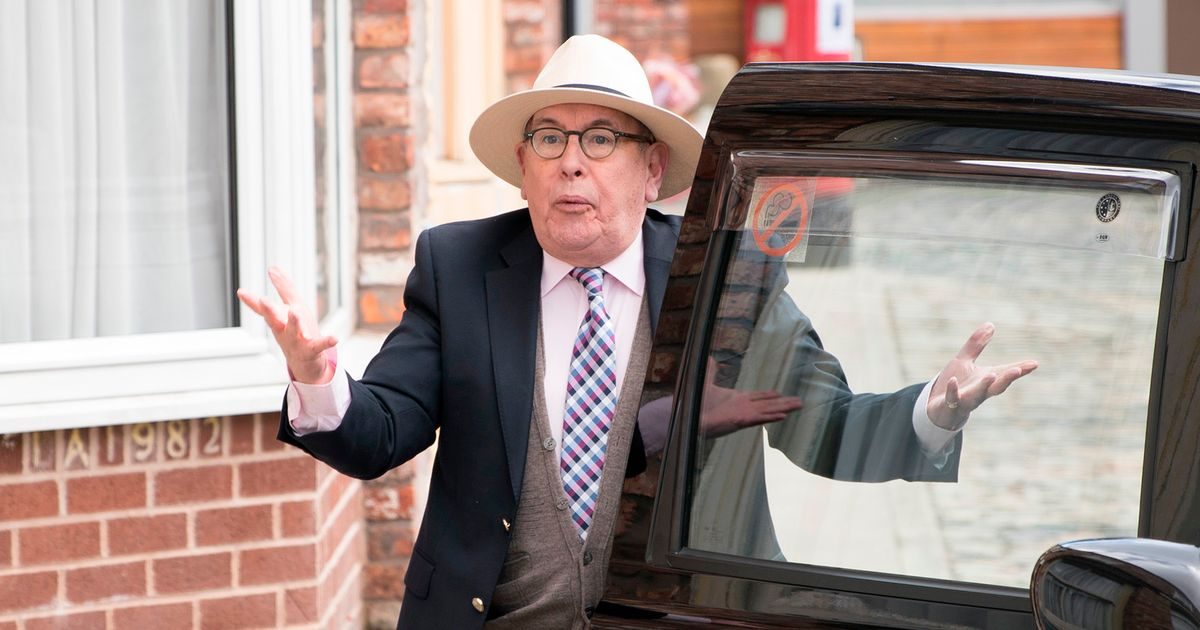 Norris Cole will finally return tonight after two years away from the cobbles.

The much-loved favourite hasn't been seen on screen since 2017 to allow actor Malcolm Hebden, 78, to recover from his heart attack.

But drama awaits him back in Weatherfield as he comes face to face with wife Mary, who is keen to have a divorce so that she can enjoy a guilt-free romance with builder Jan.

Over the past few years Norris has been travelling with Emily in Peru and incurred Rita's wrath by selling the Kabin to fund his lifestyle.

Mary (Patti Clare) is left fuming tonight when she sees Freda showing an estate agent into number 3. Having not had any word from Norris she gets chatting to Tracy, who suggests that Freda might have killed him.

A shocked Mary rushes to number 3 and is horrified when she sees the urn.

When she runs out with Freda running after her, a car pulls up and Norris ends up getting out.

Norris tells a shocked Mary that he and Freda are now engaged and that he wants a divorce so that they can marry.

But Mary is suspicious of Freda's true intentions when she spots her diamond bracelet.

She accuses Freda of being a gold digger and refuses to give Norris a divorce.

How will he react?

*Coronation Street airs Mondays, Wednesdays and Fridays at 7.30pm and 8.30pm on ITV