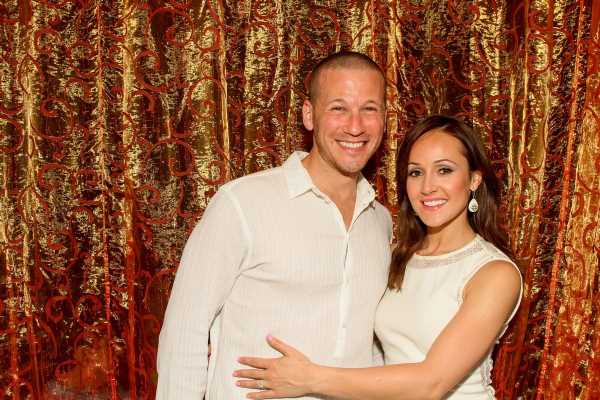 Despite its end-of-season engagement, The Bachelor isn’t exactly known for churning out long-term relationships. The Bachelorette, however, has been a bit more successful. Case in point: Bachelorette couple Ashley Hebert and J.P. Rosenbaum, who in 2019 — eight years after they got engaged on the show — are still going strong.

Ashley came into America’s living room when she was a contestant and the second runner-up on Brad Womack’s second season of The Bachelor. He picked Emily Maynard, but fans loved Ashley so much that ABC gave her made her the Season 7 Bachelorette. This was the season that brought us Bachelor In Paradise gems like (future Bachelor) Ben Flajnik, Ames Brown, Nick Peterson, and Bentley Williams. Bentley was the season’s villain, because he delighted in telling Ashley that he was in love with her when really, he was just trying to get on TV. We all, collectively, still hate Bentley.

Luckily, JP and Ashley fell in love, and she accepted his proposal. The two got married in December 2012, and the wedding was aired during a lovely two-hour special on ABC, because is it really a Bachelor wedding if it’s not on TV? Cut to 2019, and Ashley is a pediatric dentist, according to her Instagram. JP, meanwhile, is the Vice President Of Development for commercial real estate company Greystone & Co, per his LinkedIn. The pair moved to Miami in 2014 because JP had a job offer down there, and they’ve been in South Florida ever since. They have two children: a three-year-old son named Fordham and a one-year-old daughter named Essex. And from the sounds of it, they keep Ashley and JP’s hands full. “[Parenthood] is honestly so hard," Ashley told Us Weekly in 2018. "Just give a little, let yourself be human, let yourself have hard days and good days, let yourself be.”

So for all those naysayers who talk about how being on The Bachelor or The Bachelorette doesn’t really work, well… statistically, you’re right. It doesn’t. But Ashley and JP’s relationship is definitely an exception to that rule. They’ve been married for seven years, and according to E!, even renewed their vows during an intimate ceremony on the island of Aruba in 2018. How sweet, right?

This is one of those cases where being on The Bachelorette, at the right place, at the right time, yielded not only love, but a beautiful family, too. Ashley and JP seem to stay mostly out the spotlight (they still play into the Instagram SponCon…but hey, get that money) in favor of raising their kids and leading a somewhat normal life. You know, as normal as a life you can have after the whole world watched you meet and fall in love as a reality dating show/weird social experiment.

Their happy ending is the best possible outcome for a Bachelorette, and it’s certainly something that future Bachelorettes can hope to look forward to. Hopefully Ashley will pass on some advice to Hannah B. at the upcoming Bachelorette reunion.