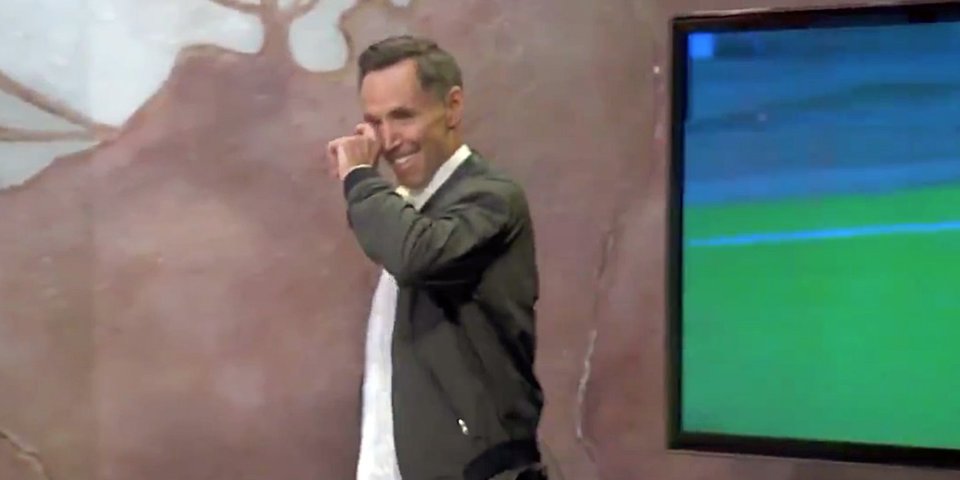 Tottenham Hotspur completed another Champions League miracle on Wednesday, stunning Ajax with three goals in the second half of their match to reach the final.

Read more:Tottenham pulls off another Champions League miracle, erasing 3-goal deficit in the final seconds to reach the final

The comeback finished in dramatic fashion, with Lucas Moura netting his third goal in the final seconds of the match in a last-ditch offensive attack by Tottenham. When the ball got by the goalkeeper, Spurs players celebrated while Ajax defenders fell to the ground in disbelief.

Nash was technically working the game from the studio, but reverted to pure fandom as the team won the match, sprinting out of his seat and tearing up as Tottenham completed the impossible.

Watching the replay of his reaction, Nash said he was “too old to to be crying about football,” but should Tottenham go on to win the Champions League final on June 1, it might be tough for him to hold back.