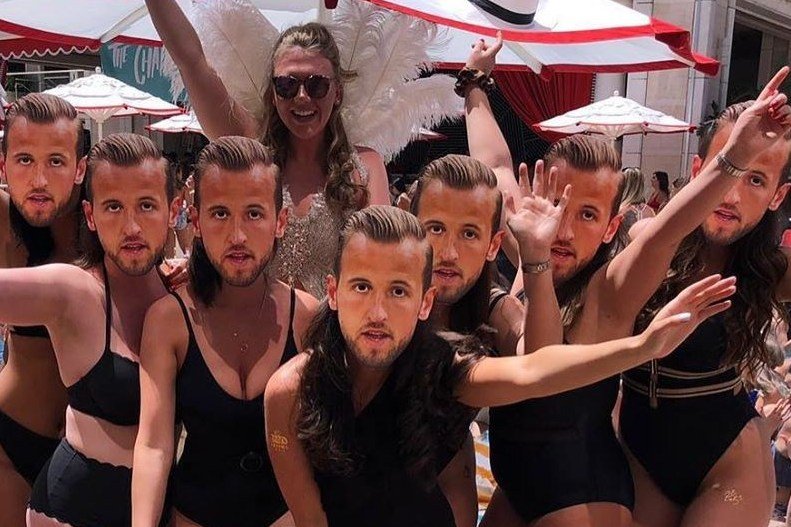 KATE GOODLAND'S hen do guests paired their bikinis with hilarious Harry Kane masks as they partied in Las Vegas.

The 26-year-old has jetted to America to celebrate with seven friends before she ties the knot with the Tottenham forward this summer. 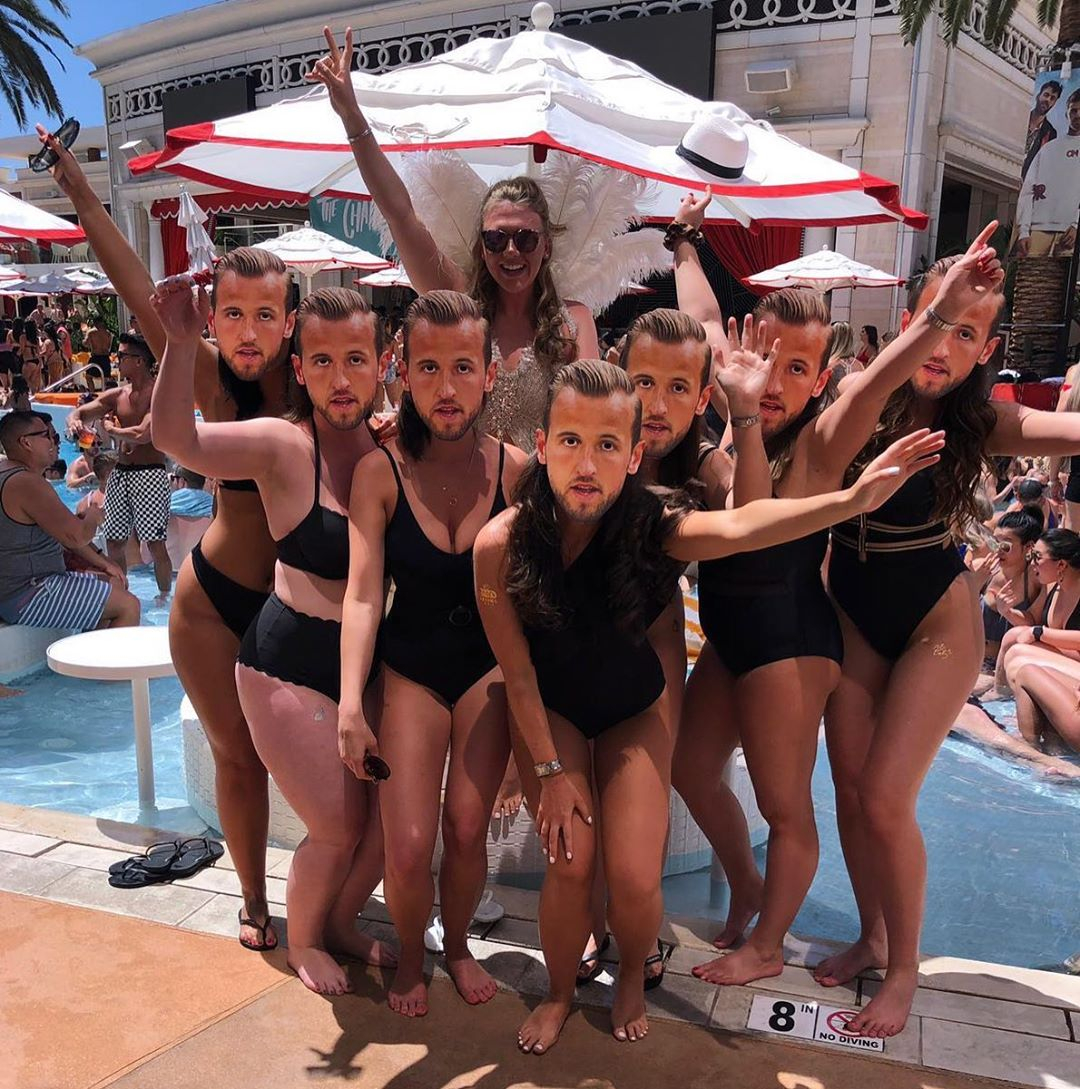 Goodland and her friends have been soaking up the sunshine at the exclusive Encore Beach Club.

But party goers would have been shocked to see seven bikini-clad women posing for a picture in Kane masks.

Goodland did not wear one, but she posted the brilliant picture to her Instagram page with the caption: "Harry's angel."

It received mixed reviews from fans as one commented: "So creepy!! But also fab."

While another added: "That's terrifying and brilliant."

One follower hinted she should lend the masks to Tottenham's squad for the Champions League final.

He commented: "Imagine Liverpool's faces if the whole team walked out for the final with Harry masks on #COYS."

Goodland kicked off her hen do celebrations by dressing up as the Spurs star in her garden last week.

And the mother-of-two had her beau wrapped around her neck during the flight from England to America.

She was clearly in the mood to celebrate after Tottenham achieved the unthinkable against Ajax.

Spurs found themselves 3-0 down on aggregate at half-time, but Lucas Moura scored a hat-trick to send them through on away goals.

Kane even appeared to forget that he was injured as he charged on the pitch after the dramatic win. 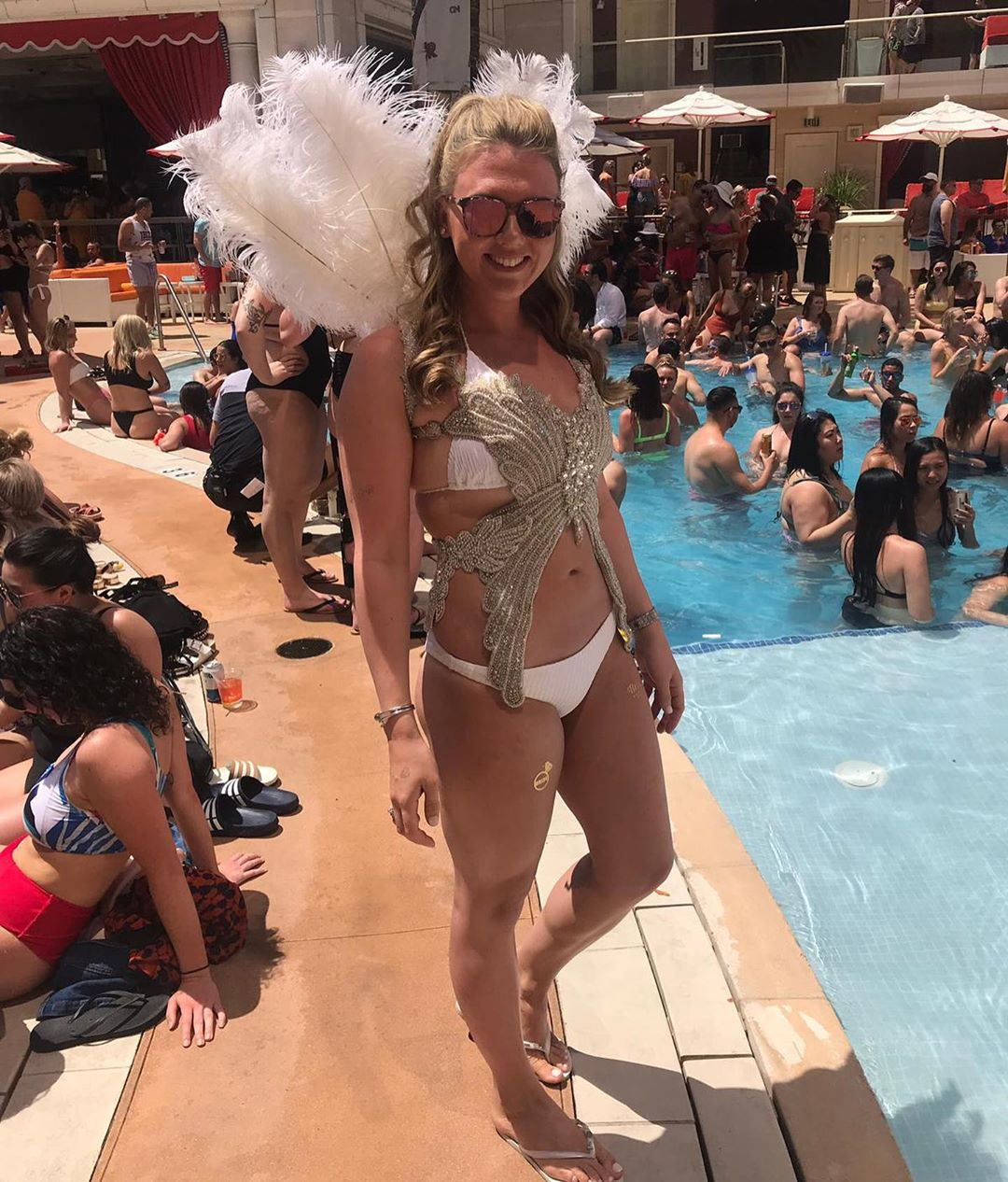 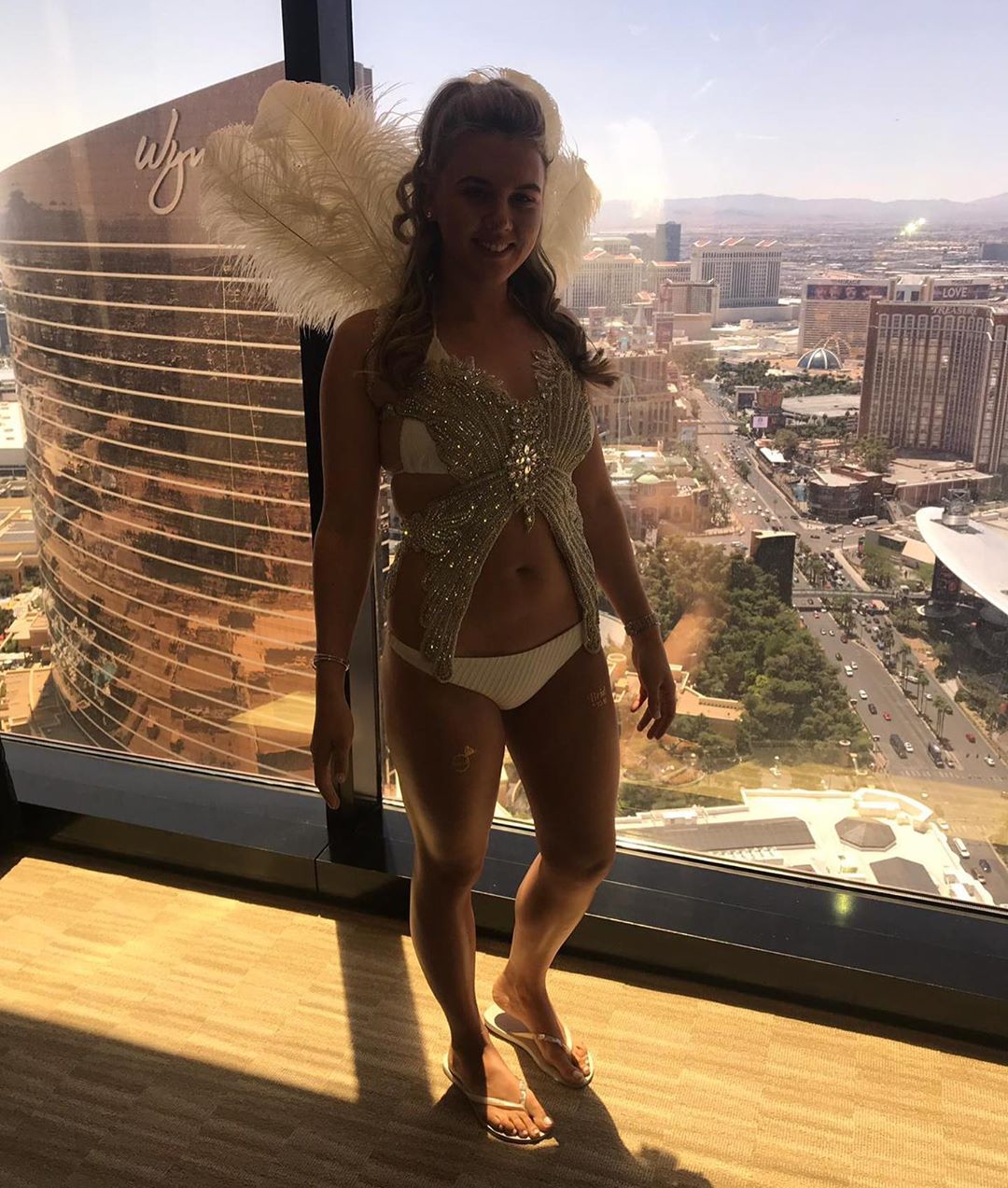