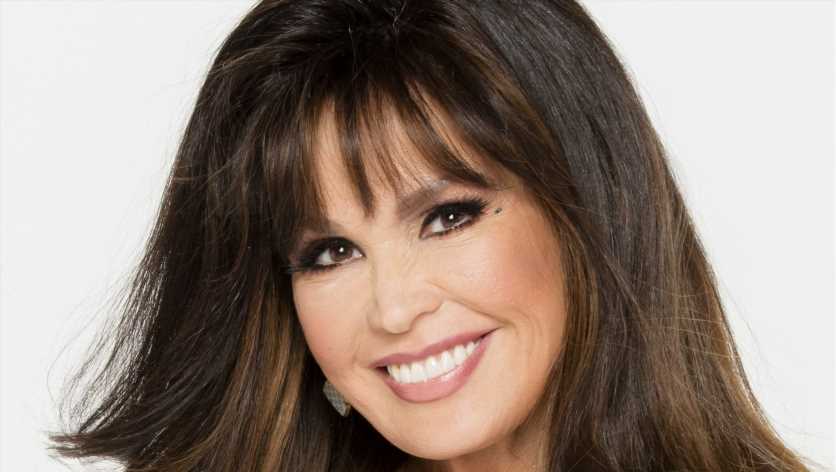 Following Sara Gilbert’s news that she was leaving “The Talk,” the show announced live on Tuesday that Marie Osmond will replace Gilbert as a co-host. Osmond will join current hosts Eve, Carrie Ann Inaba, Sharon Osbourne, and Sheryl Underwood when the CBS daytime talk series returns for Season 10 in September.

Gilbert announced early April that she’s departing the show after nine seasons, in order to focus on other creative endeavors. Recently, she starred on the ABC sitcom “The Conners,” the spinoff of “Roseanne,” and will appear in the upcoming second season.

Osmond is best known for her TV variety show “Donny & Marie” with her brother and fellow singer Donny Osmond, which ran from 1976-1979. She has released numerous albums and singles, and authored three New York Times bestselling books. For the past 11 years, Marie and Donny Osmond have performed to audiences at their Las Vegas residency, and in 2016, she released her album, “Music Is Medicine.”

“It is such a joy for me to be joining THE TALK in September. After guest co-hosting and appearing as a guest on the show throughout the years, I am thrilled to now call this my day job,” said Osmond. “I look forward to working with Sharon, Sheryl, Eve and Carrie Ann, who are such smart, strong, talented women whom I immensely respect. I cannot wait to share this exciting new chapter with the viewers and the CBS family.”

“If you’ve seen Marie Osmond guest host on THE TALK over the past nine seasons, you know she’s the perfect addition to the show,” said Angelica McDaniel, executive vice president of daytime programs and syndicated programs development at CBS Entertainment and CBS Television Distribution. “Marie’s impressive career accomplishments have endeared her to fans throughout the decades. Her willingness to be authentic and share personal triumphs and struggles with honesty in the hopes of helping others always resonates. I’m excited to kick off season 10 with the multitalented, dynamic Marie at THE TALK table.”

Gilbert’s replacement is the latest change in the show’s lineup, with Inaba taking over for Julie Chen in January. The current ninth season premiered on Sept. 10, 2018. John Redmann serves as executive producer. Heather Gray and Kristin Matthews are co-executive producers.