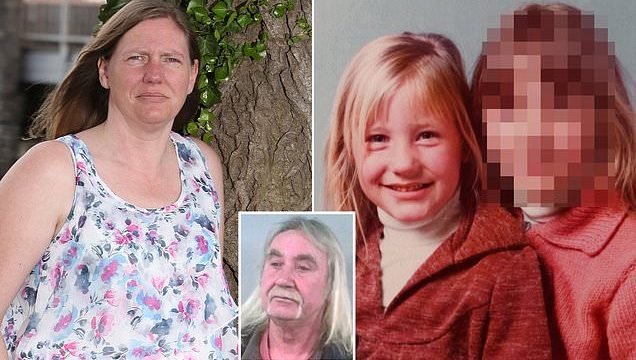 Mother, 44, reveals she was abused by her paedophile father for five years as a child – and how he avoided justice by going on the run for 25 YEARS before being caught by police

Nicola Kime, of Spalding, Lincolnshire, pictured today, was a schoolgirl when she was first abused by her father, Michael Evans

A mother has revealed how she was abused by her paedophile father as a child.

Nicola Kime, of Spalding, Lincolnshire, was just seven years old and had recently lost her mother to cancer when she was first abused by her father, Michael Evans, now 65.

His five-year reign of terror came to an end in 1988 when he was arrested and charged with a string of offences.

However Evans, formerly known as Kime, failed to appear in court and evaded authorities for more than 20 years until he was found by police in Kent in 2013.

It emerged Evans, who had changed his name by deed poll, was living with a woman named Susan, with whom he had fled Grantham in 1988. She had herself been reported missing after walking out on her husband without explanation.

Nicola, a 44-year-old mother of three, is now sharing her story after coming to the realisation that the abuse she suffered was not her fault.

She said: ‘Not only did Dad take away my childhood, he has stolen most of my life.

‘For years, I was afraid of my own shadow, terrified that Dad would hunt me down. I’m so pleased that he’s faced justice now. It was worth the wait.’

Nicola was eight years old when she lost her mother Ann, 33, to bowel cancer and moved in with Evans and his then girlfriend.

Within weeks of Ann’s death, Evans had started to abuse his daughter.

Nicola recalled: ‘One night, he crept into my room while I was sleeping. He forced my legs open and touched me. Afterwards, I felt sick and confused. 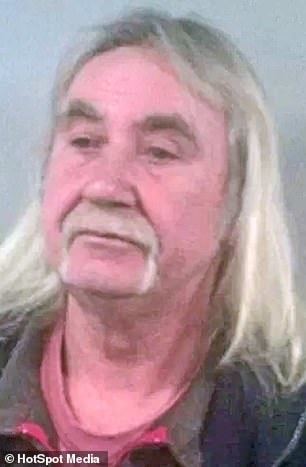 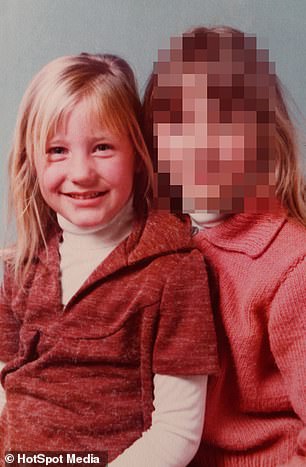 Michael Evans, left, abused his daughter (right aged five) for five years until 1988 when he was arrested by police. Evans absconded and went on the run for 25 years before being caught

She continued: ‘One night when I was eight, he tried to rape me. He snuck into my room and tried to force my legs open. But I clamped my legs together so he couldn’t hurt me.

‘Thankfully he didn’t penetrate me. But I was terrified of him. I felt sick. And refused to tell anyone about the abuse.’

After five years of living in fear of her father, Nicola finally confided in a classmate.

Nicola said: ‘I asked her [the friend] how often her dad it to her. She looked so shocked and said that her dad had never done it to her. I felt confused. Dad had made it seem so normal. 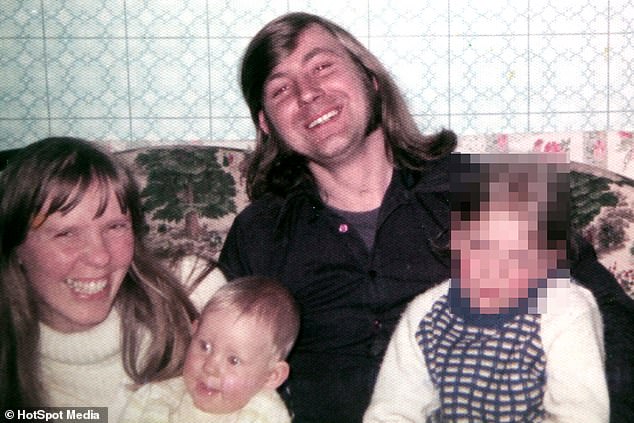 Evans started abusing his daughter within weeks of her mother Ann, 33, dying of cancer. Pictured, Evans (then Kime) with Ann and daughter Nicola, then one year old

‘The next day, police and a social worker were waiting to speak to me at school, so she must have told someone.

‘I revealed what happened and was taken to live with my mum’s sister. I finally felt free.’

Evans was arrested and charged with attempted rape, indecent assault and indecency with a child but failed to appear in court.

Police launched a search for Evans but he could not be traced. Nicola told how her father’s disappearance left her living in fear that he would find her. 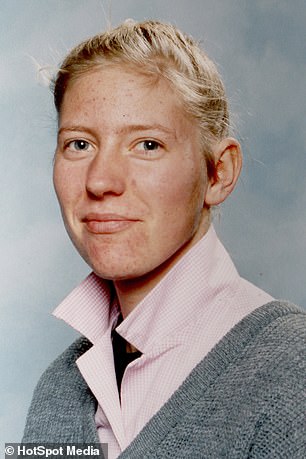 Nicola, pictured aged 14, a year after the abuse ended, told how she lived in fear that her father would track her down

‘Whenever I went out, I thought I’d bump into him or that he might be watching me,’ she said. ‘I became too scared to leave the house.

‘Despite police searches, he’d simply vanished. And as the years moved on, my hopes that he would be found died.’

In 2013 Nicola was visited at home by two police officers who informed her Evans had been found.

It transpired Evans had fled Grantham with a woman named Susan, the wife of his then friend.

The friend had reported his wife missing after she apparently vanished from the town in May 1988.

It emerged Evans and Susan had gone on the run so he could avoid jail. Over the years Evans had assumed Susan’s husband identity to help evade police.

It was a routine police review of the missing person cold case that led officers to Susan.

Nicola added: ‘Dad had changed his last name by deed poll from Kime to Evans. I couldn’t believe it. I’d given up all hope, I felt so overwhelmed.’ 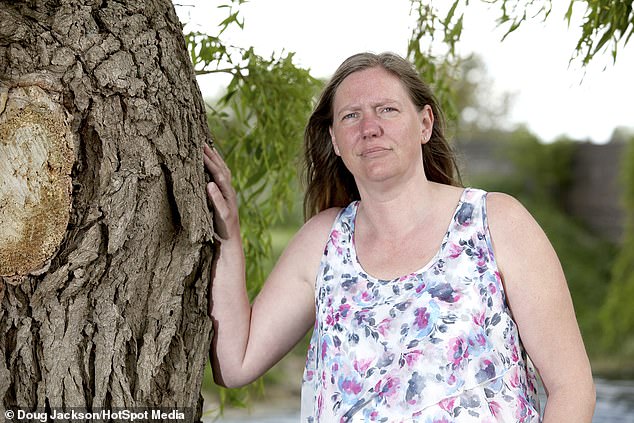 Now Nicola, pictured, a mother of three, is sharing her story after coming to the realisation that the abuse she suffered was not her fault

Evans was found guilty of two charges of attempted rape, six counts of indecent assault of a girl under 14, two counts of indecency with a child and conspiracy to pervert the course of justice at Lincoln Crown Court. He was sentenced to a total of 15 years in prison.

Nicola added: ‘I’m so pleased Dad was jailed. His sentence has helped me to move forward with my life.

‘And the fact that he ran from the police shows how scared he was. For years, I’ve felt like I’ve been running from my past. Now I’ve realised that I wasn’t to blame.’