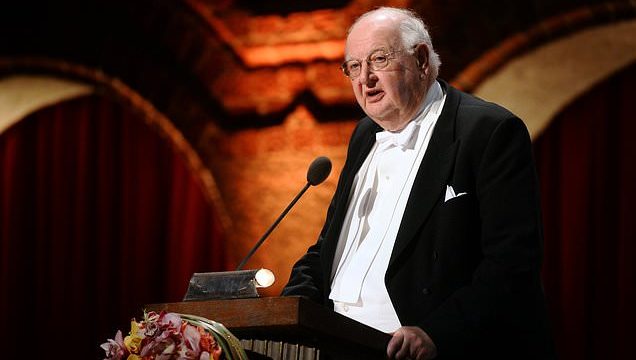 Rising inequality in Britain risks putting country on a par with the US, Nobel prize-winning economist warns

Widening inequality of income, health, and political access in the UK are putting Britain on a path to emulate the USA – the most economically unequal nation on earth – according to a Nobel Prize-winning economist.

Professor Sir Angus Deaton has launched a five-year, £2.5m study by the Institute of Fiscal Studies amid fears Britain is on the cusp of sinking towards deep and ingrained inequalities following a decade of stagnant pay growth.

The IFS said the British-born economist would ‘point to the risk of the UK following the US’ which has extreme inequality levels in pay, wealth and health.

Speaking to the Guardian at the launch of the study, Sir Angus said: ‘There’s a real question about whether democratic capitalism is working, when it’s only working for part of the population. 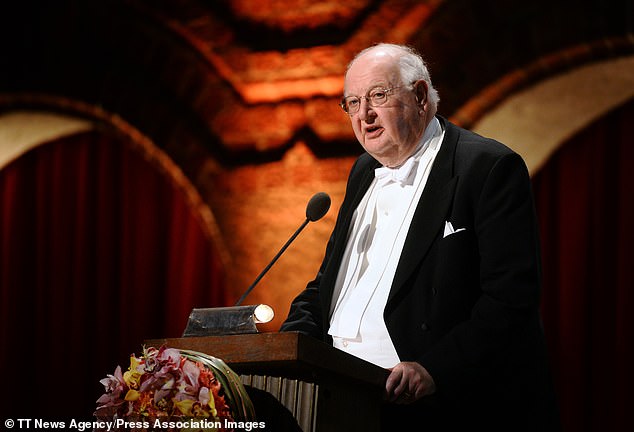 Nobel Laureate in economics Professor Angus Deaton speaks during the 2015 Nobel Banquet at the Stockholm City Hall. He will chair a five-year study into inequality

Technically, there is no Nobel Prize for Economics.

In the will he drafted in 1895, Alfred Nobel instructed that most of his fortune be set aside as a fund for the awarding of five annual prizes ‘to those who, during the preceding year, shall have conferred the greatest benefit on mankind.’

These prizes as established by his will are the Nobel Prizes for Physics, Chemistry, Physiology or Medicine, Literature, and Peace.

The first distribution of the prizes took place on December 10, 1901, the fifth anniversary of Nobel’s death.

An additional award, the Sveriges Riksbank Prize in Economic Sciences in Memory of Alfred Nobel, was established in 1968 by the Bank of Sweden and was first awarded in 1969.

‘There are things where Britain is still doing a lot better [than the US]. What we have to do is to make sure the UK is inoculated from some of the horrors that have happened in the US.’

He pointed to geographical disparities in wealth and health between England and Scotland, and London and the Northeast, he said: ‘There’s a sense that if you live in one part of Britain away from the capital, lots of bad things are happening, while lots of good things are happening in the capital – and you don’t see why you should be left behind that way.’

The IFS said the study will be one of the most ambitious of its kind and aim to understand inequality not just of income, but of health, wealth and opportunity.

The aim is to ‘answer some of the most fundamental questions about the nature of inequality in the 21st century, the forces shaping it, and what can, and should, be done about it’.

The panel overseeing the project includes world-leading experts in sociology, demography, epidemiology, political science, philosophy and economics, and will commission work from other experts to help understand inequalities in outcomes by gender, ethnicity, geography, age and education.

Sir Angus said: ‘I am delighted that IFS and the Nuffield Foundation [who are funding the study] have launched this review, and am honoured that I have been asked to chair it.

‘It is an exciting prospect to work with so many distinguished scholars in so many disciplines to try to understand more about the nature of inequality, what it is about inequality that upsets so many people, and what might be done about it.’ Professor Sir Angus Deaton, Nobel Laureate and Chair of the Review

The study will look to understand what concerns people about inequality, what aspects of it are perceived to be fair and unfair, and how those concerns relate to the actual levels of inequality and the processes by which they are created. 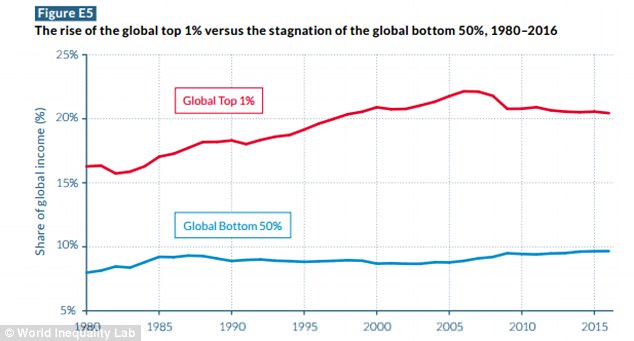 In a 2017 study the top one per cent of earners captured nearly 10 per cent of the income in both areas in 1980. In 2016 it had climbed to 12 per cent in Western Europe but had more than doubled to 20 per cent in the United States

It will identify the forces that drive inequalities – technological change, labour market institutions, education systems, family structures, globalisation – and the role of policy in shaping and mitigating them.

IFS director Paul Johnson said: ‘There can be few things more important than understanding what drives the inequalities we see in the UK, and what we can do to mitigate them.

‘I couldn’t be more delighted that, in this 50th anniversary year of the IFS, we will be working with Sir Angus and other world leading experts to answer some of the most pressing questions facing not only the UK but the Western world as a whole.’

The study will also seek to provide proposals for the most effective policy responses to different types of inequality and give the British government ‘a far clearer and more holistic view of the effectiveness of available policy options and trade-offs between them’.

Professor Sir Angus Deaton – not to be confused with the disgraced TV host whose surname is spelled Deayton – is a Senior Scholar at the Woodrow Wilson School at Princeton.

His main academic interests are in poverty, inequality, health, development, well-being, and the use of evidence in social science and medicine. 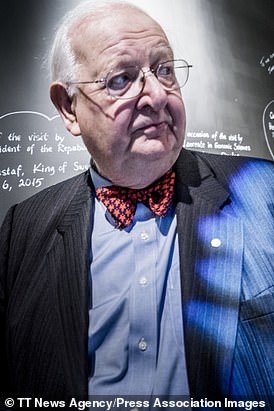 He was awarded the Nobel Prize in Economic Sciences in 2015 for his analysis of consumption, poverty and welfare.

He is a member of the National Academy of Sciences, a Corresponding Fellow of the British Academy, and an Honorary Fellow of the Royal Society of Edinburgh.

He is a fellow of the Econometric Society, and was the first recipient of the Society’s Frisch Medal for Applied Econometrics.

He is currently writing a book with Anne Case, provisionally titled Deaths of despair and the future of capitalism, to be published by Princeton Press in spring 2020.

Tim Gardam, Chief Executive of the Nuffield Foundation, said: ‘The nature of Inequality, and the forms it takes, are changing rapidly in the 21st century and it is an issue that lies at the heart of our political discourse.

‘It is inherent to the increasingly vehement debate around concepts of fairness, rights, gender, ethnicity and identity.

‘As an independent funder, the Nuffield Foundation sees the Deaton Review as a project central to our purpose to define and enhance opportunity and social well-being.

‘The evidence and argument that will come from the thinking of such a distinguished panel, led by Sir Angus Deaton, has the potential to refashion what we know about inequality and present viable policy options for securing a more emancipated and inclusive society.’

It comes after Social Mobility Commission said last month that inequality tin the UK had remained ‘virtually stagnant’ since 2014 and that it will remain entrenched ‘from birth to work’ without urgent action.

The watchdog singled out two policies which could actually be making the situation worse.

The first is the commitment to give working families with young children 30 hours a week childcare, so long as they earn more than £6,500 a year.

The commission said this ‘risks impeding social mobility’ because the lowest earners cannot access it, and because only middle-class families in well-paid jobs benefit from the policy in terms of disposable income.

It also criticised the increasing tendency of universities to give unconditional offers to poorer students – saying it was leading to lower attainment at A level.

In the commission’s latest State Of The Nation report, chairwoman Dame Martina Milburn said: ‘We lay bare the stark fact that social mobility has stagnated over the last four years at virtually all stages, from birth to work.

‘Being born privileged in Britain means that you are likely to remain privileged,’ she said.