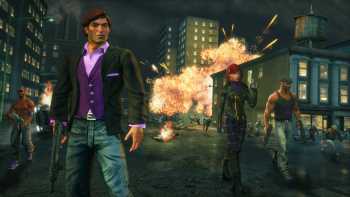 Deep Silver is giving enticing but nebulous hints about its “Saints Row” franchise that have some speculating a new installment is in the works, after a tweet on Thursday.

The last installment to the action adventure series was “Saints Row IV” back in 2013, so the timing certainly feels right for a new game. “Saints Row IV” had an expansion added in 2015, called Gat Out of Hell.

It’d be interesting to see what the Third Street Saints is up to after such a long dormancy period.

Earlier this month, it was revealed that “Saints Row” is getting a film adaptation with F. Gary Gray, director of the upcoming “Men In Black: International,” tapped to direct the project.

Friday is also the release day of “Saints Row: The Third” for the Nintendo Switch, a port of the 2011 game which previously released on PlayStation 3, Xbox 360, and PC.

We’ll be sure to follow Deep Silver closely to see what’s next for the “Saints Row” series, so stay tuned!