MAURIZIO SARRI is the first non-caretaker Chelsea manager to lead the Blues to a major European final since Roman Abramovich took over.

The Blues edged past Eintracht Frankfurt on penalties last night to qualify for their fourth final in the Russian's era. 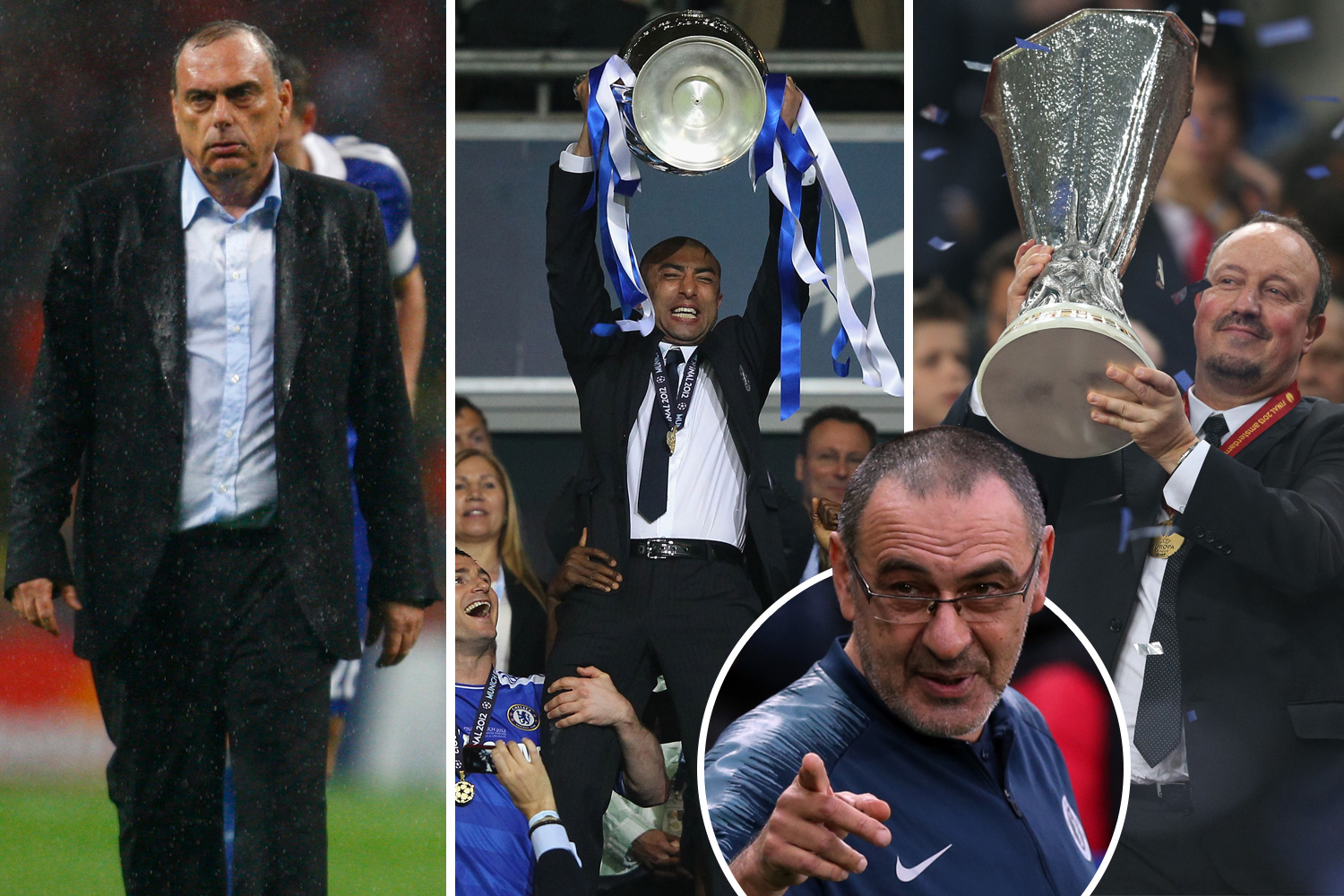 And when they take on Arsenal in Baku on May 29 for the Europa League finale, there will be a permanent boss in the dugout.

Jose Mourinho's first spell in charge at Stamford Bridge came to an abrupt end in September 2007, meaning assistant boss Grant took over until the rest of the season on an interim basis.

He led the Blues to second in the Premier League and the final in Moscow, beaten by Manchester United on penalties as John Terry slipped in the rain.

Grant left at the end of the season and Chelsea had to wait four years to reach another European final.

This time, Andre Villas-Boas was sacked by March with club legend and assistant manager Roberto Di Matteo taking the reins for the rest of the season.

The Italian defied the odds by overturning a 3-1 first-leg deficit to Napoli in the last 16 before beating Benfica and Barcelona to reach the final against Bayern Munich in their very own Allianz Arena.

Didier Drogba headed in an 88th-minute equaliser and then scored the winning penalty in the shootout to hand Chelsea and Abramovich their first Champions League crown.

Di Matteo was given a two-year contract at Stamford Bridge after also landing the FA Cup that year but was sacked by November.

He was replaced by another interim boss – this time Rafa Benitez took over on a temporary basis.

The Spaniard had to deal with dropping into the Europa League following Di Matteo's struggles in the Champions League group stages.

Benitez's side saw off Sparta Prague, Steaua Bucharest, Rubin Kazan and Basel to reach the final, where they beat Benfica 2-1 thanks to Branislav Ivanovic's 93rd-minute winner.

It meant Chelsea held both the Champions League and Europa League for ten days before Bayern Munich finally got their hands on the famous Big Ear trophy once again.

Benitez was not a popular appointment at Stamford Bridge and did not sign a permanent contract, instead leaving for Napoli before heading to Real Madrid and then joining Newcastle.

But now Sarri will have the extra responsibility of delivering silverware for Abramovich.

Despite plenty of ups and downs this season, winning the Europa League would cap an impressive first year in charge for the Italian, who reached the Carabao Cup final and looks set to finish third in the league.

He will be well aware, though, that victory in Azerbaijan on May 29 would not guarantee he will keep his job for too long if results take a turn for the worse in the new campaign.