One of the standard claims about an incoming government is that it is unready for the challenge of holding power. Liberal senator Hollie Hughes gave voice to this complaint on Monday at the doors of Parliament House. “We have a government with very little experience,” she said.

In fact, Anthony Albanese will enter the cabinet room as one of 11 ministers who have been there before. Almost half the cabinet will have cabinet experience, a much higher ratio than the incoming governments led by John Howard in 1996, Kevin Rudd in 2007 and Tony Abbott in 2013. 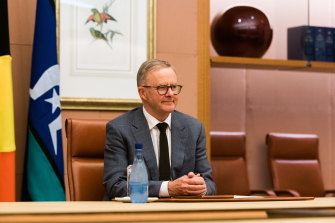 Anthony Albanese has big portfolios to decide and no shortage of ministers with experience.Credit:James Brickwood

The new prime minister is one of the very few in the new government who served in cabinet for the full six years of Labor’s last period in office. The others are Tony Burke and Penny Wong.

A wider group held ministerial positions over the six years. Chris Bowen, Brendan O’Connor and Tanya Plibersek were ministers in 2007, while Bill Shorten began as a parliamentary secretary for disabilities and moved up quickly. All became cabinet ministers over time.

By the end of the Gillard government, the cabinet ranks included Albanese, Bowen, Burke, Plibersek and Shorten as well as Mark Butler, Mark Dreyfus and Brendan O’Connor.

The leadership upheavals of those years were a factor in the promotions, so some of the glow of cabinet experience reflects the flames of the Labor civil war. Ministers were forced to resign after aborted spills and some cabinet ministers only served briefly in the final Rudd ministry before the 2013 election. The final reshuffle added Julie Collins, Catherine King and Richard Marles to cabinet rank.

Albanese has big portfolios to decide and no shortage of ministers with experience. The move by Marles, the Labor deputy leader, to the defence portfolio, which has been an open secret for weeks, forces some wider changes. The priorities are finding the right people for home affairs, employment, environment and social services.

While the caucus will confirm the 30 people who will be in the executive, it is up to Albanese to name the portfolios and select those who enter cabinet.

With Terri Butler and Kristina Keneally out of parliament, the cabinet will shrink from 23 to 21 positions unless the prime minister elevates one person from the left and one from the right. The left has selected Anne Aly to replace Butler in a surprise choice after many in the faction had tipped the position to go to Jenny McAllister. 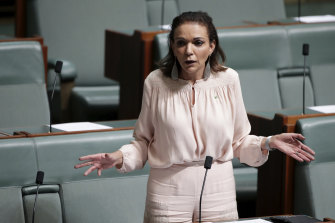 Those with the rank of ministers outside cabinet before the election were Matt Keogh, Pat Conroy, Andrew Giles, Murray Watt, Stephen Jones, Clare O’Neil and Shayne Neumann.

A key Labor objective is to maintain gender equity in the cabinet and wider ministry not only by promoting Aly but by replacing Keneally with a woman from the right. Only one candidate, O’Neil, has ministerial rank and is therefore the leading choice to move into cabinet. Her policy background makes her a contender for an economic portfolio such as employment.

One of the assistant ministers, Meryl Swanson, is also from the right, but the faction chose on Monday to elevate Kristy McBain, who was not on the frontbench prior to the election and goes straight into the ministry.

Another complication is that the left believes the right must replace one of its men with a woman in the ministry in order to abide by caucus rules on the gender balance. Members of the right have privately acknowledged that this would mean dropping Neumann – an example of the routine brutality of politics, given he worked for years in opposition in the veterans’ affairs portfolio. The Queensland right chose to replace him with Anika Wells on Monday.

Social services will gain its own cabinet minister so Linda Burney can focus on Indigenous Australians, the Voice to Parliament and constitutional recognition, which are big priorities for Albanese. One option is to add social services to Shorten’s responsibility for the National Disability Insurance Scheme.

Employment will be crucial because Labor campaigned so strongly on jobs and wages. While pay rates will be a matter for Burke in industrial relations, the new government needs a strong minister for jobs.

O’Connor performed strongly in the defence portfolio and could be moved to either employment or home affairs. He has held both ministries in government. The only political risk for Labor in appointing him to home affairs would be the history of asylum seeker boat arrivals when he was immigration minister. It is an obvious Coalition line of attack.

This means the immigration portfolio could stay with Giles, who worked well with Keneally to challenge the Coalition on its claims about strong borders.

Watt, a prominent critic of the government in his role as spokesman on disaster management, might gain a wider role, but it would have to be outside cabinet. Under Labor’s affirmative action rules, a man will not enter cabinet unless another man departs. The only vacancies in cabinet are those left by two women, Butler and Keneally.

Another appointment will be the defence industry post, given the new government must get across the challenges in major shipbuilding contracts and the AUKUS alliance on nuclear submarines, as well as the $5.5 billion cost of the cancelled French submarine contract. Conroy, a close ally of Albanese, is currently the assistant spokesman in defence; Keogh is shadow minister for defence industry.

If Conroy is not thrown into the urgent work of defence, he is the most likely contender for the ministry of overseas aid and the Pacific, part of his mix of duties before the election.

Albanese enters the cabinet room with more than enough experience around him for the key roles in his cabinet. With most of the senior positions already settled, the key decisions this week are in home affairs, employment, environment and social services.