A MAN who has grown his hair for seven years has revealed how despite being mistaken for an 'ugly woman', he has been accused of trying to steal men's girlfriends with this locks.

Cristiano Braga, 28, from Brazil, has been growing his hair since 2012 – and the actor and model now boasts a mane of over 26 inches long. 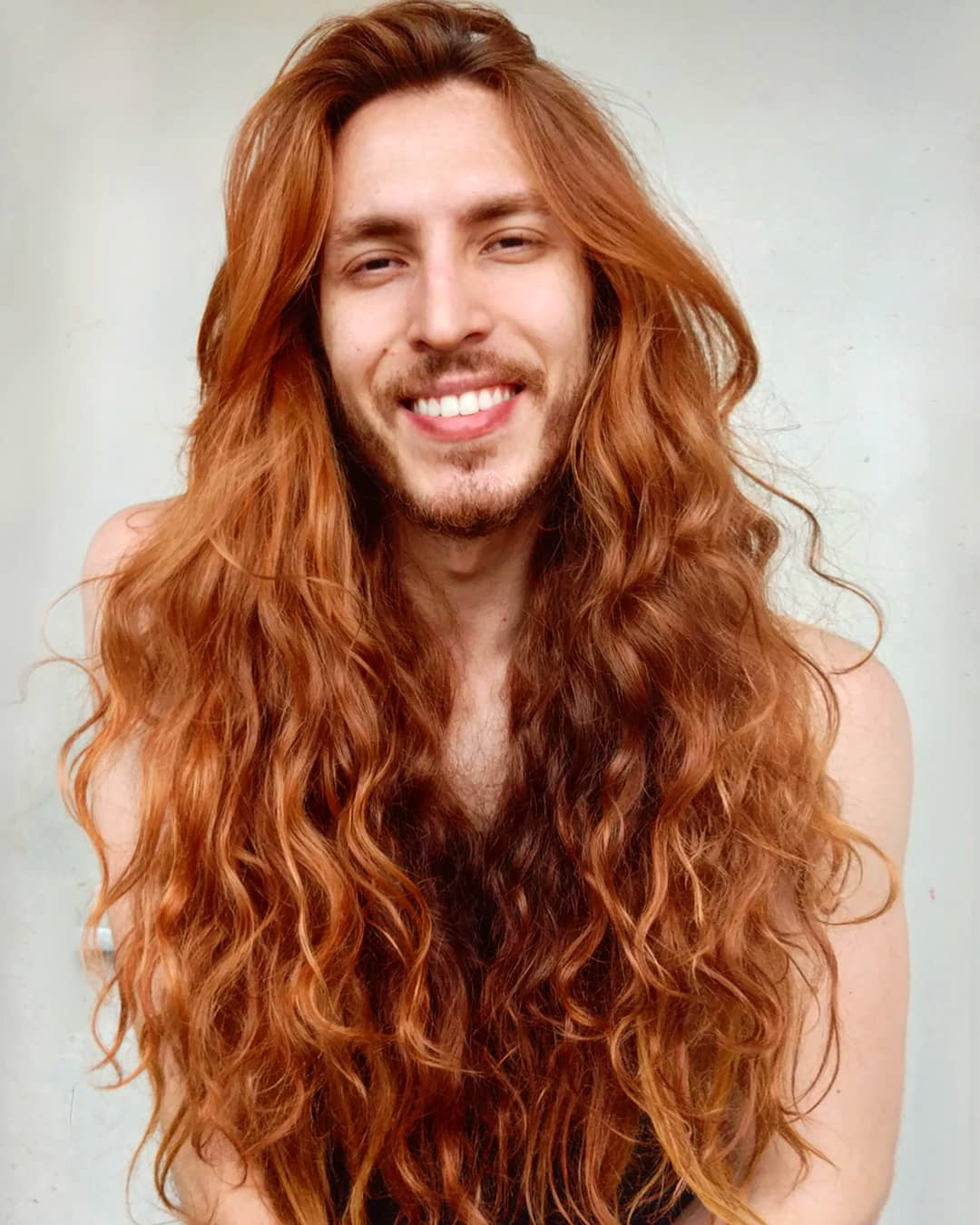 He claims the hair has attracted him plenty of attention – both positive and negative – from women, who say it is 'unfair' for a man to have such beautifully kept locks.

While men have accused him of wanting to steal their girlfriends, and attempting to 'turn' their partner's sexuality due to his resemblance to a woman.

Actor and model Cristiano isn't bothered by the trolls, however, and wants the world to know he is proud of his long hair, which he maintains with a strict routine of natural oils.

Aloe vera, avocados, chamomile, mint, rosemary and various vegetables are all part of his daily hair care, as well as a delicate wash which he says takes only 'five minutes'. 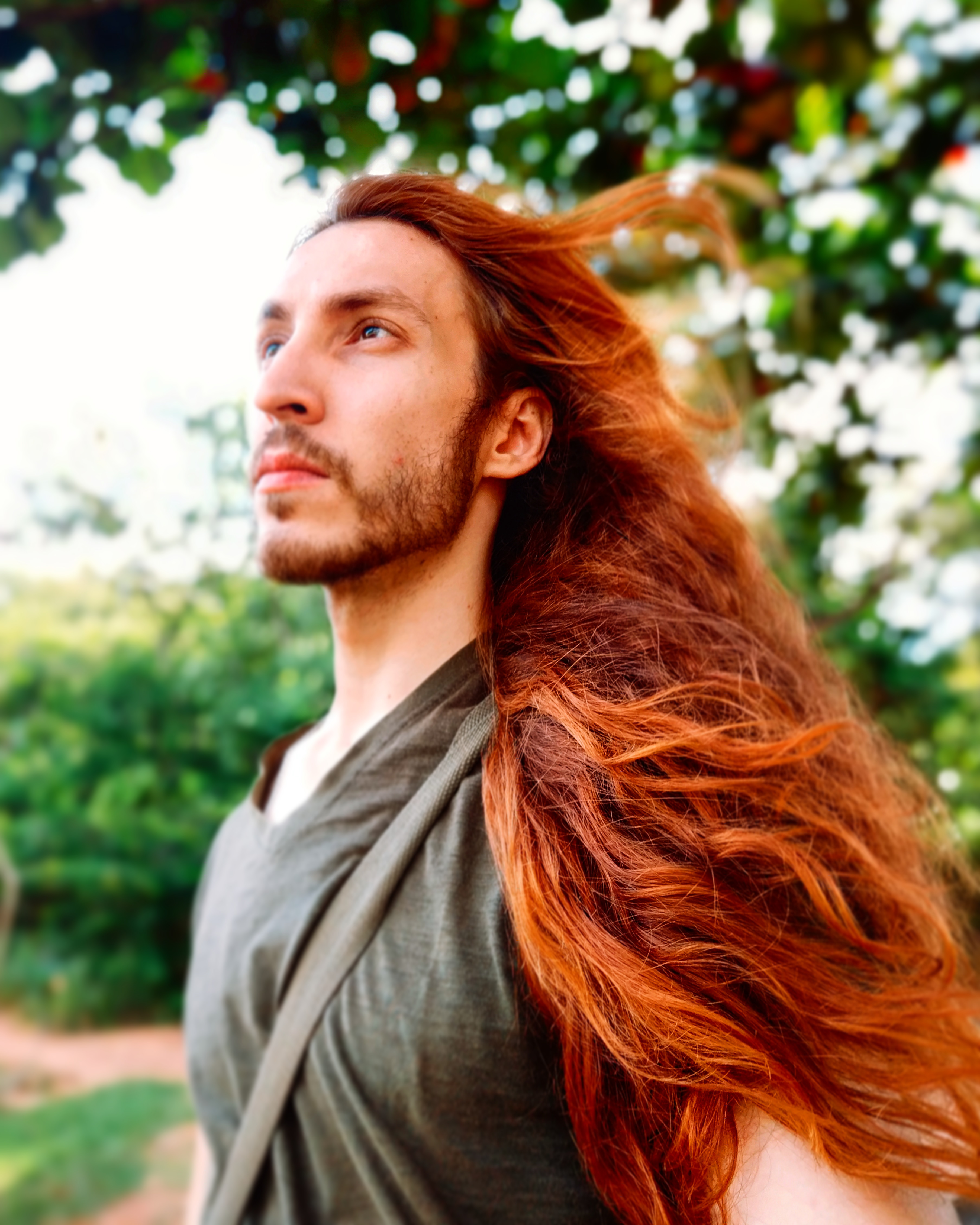 Cristiano, who has been compared to Ariel from The Little Mermaid, said: "I have no explanation for why I started letting my hair grow – I just looked in the mirror and decided to do it.

"As my hair grew I was criticised, and people called me a woman, broom hair, scarecrow – they would cut bits off my hair and say that I was ugly or weird.

"I have always been referred to as Jesus, John Lennon, Jared Leto, Ariel – the Little Mermaid, Princess Merida and Rapunzel, among many other personalities and characters.

"Now I just get a lot of questions – people approach me on the street, but I get a little embarrassed as they draw attention to me, and although it does not seem like it, I do not like to expose myself much. 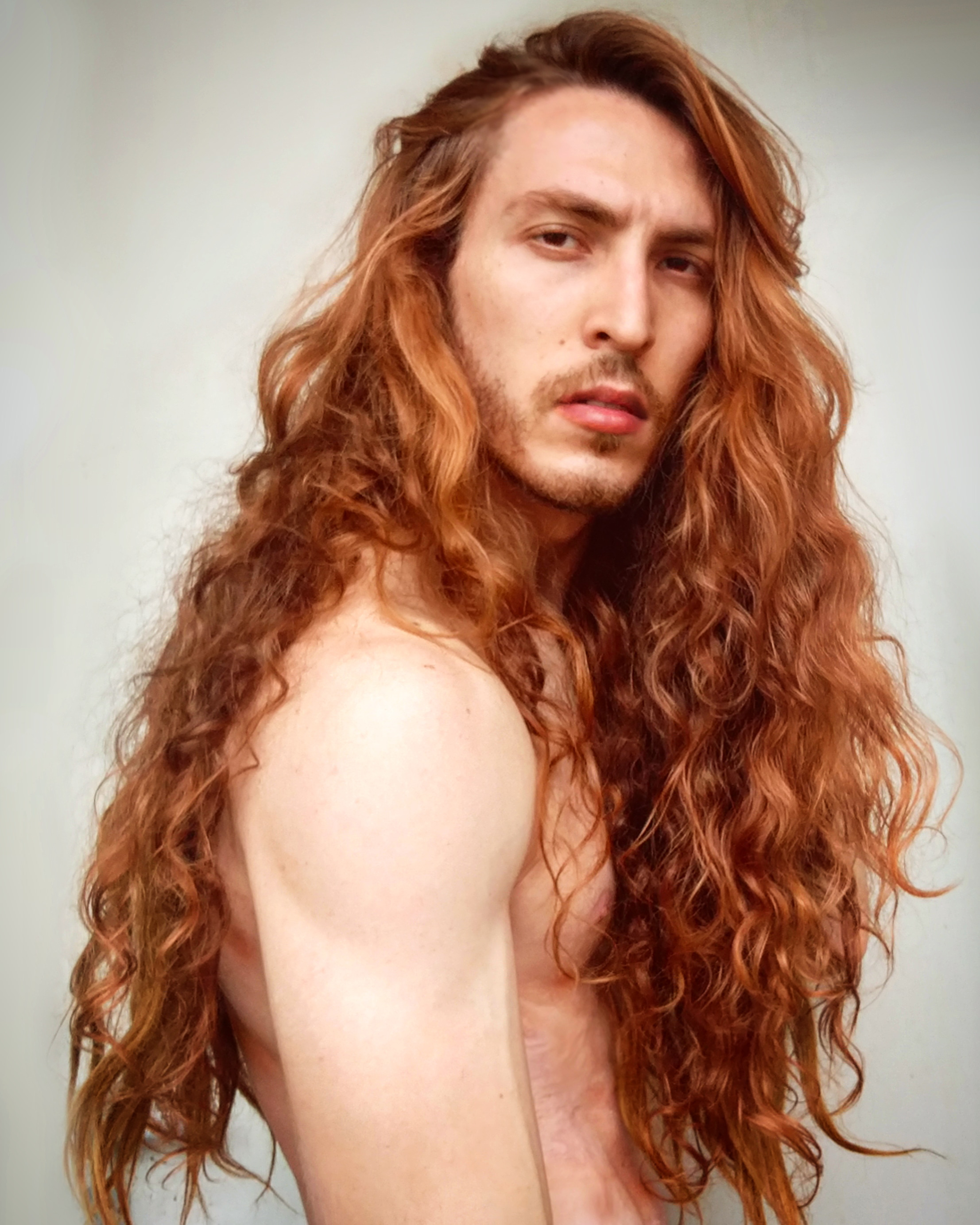 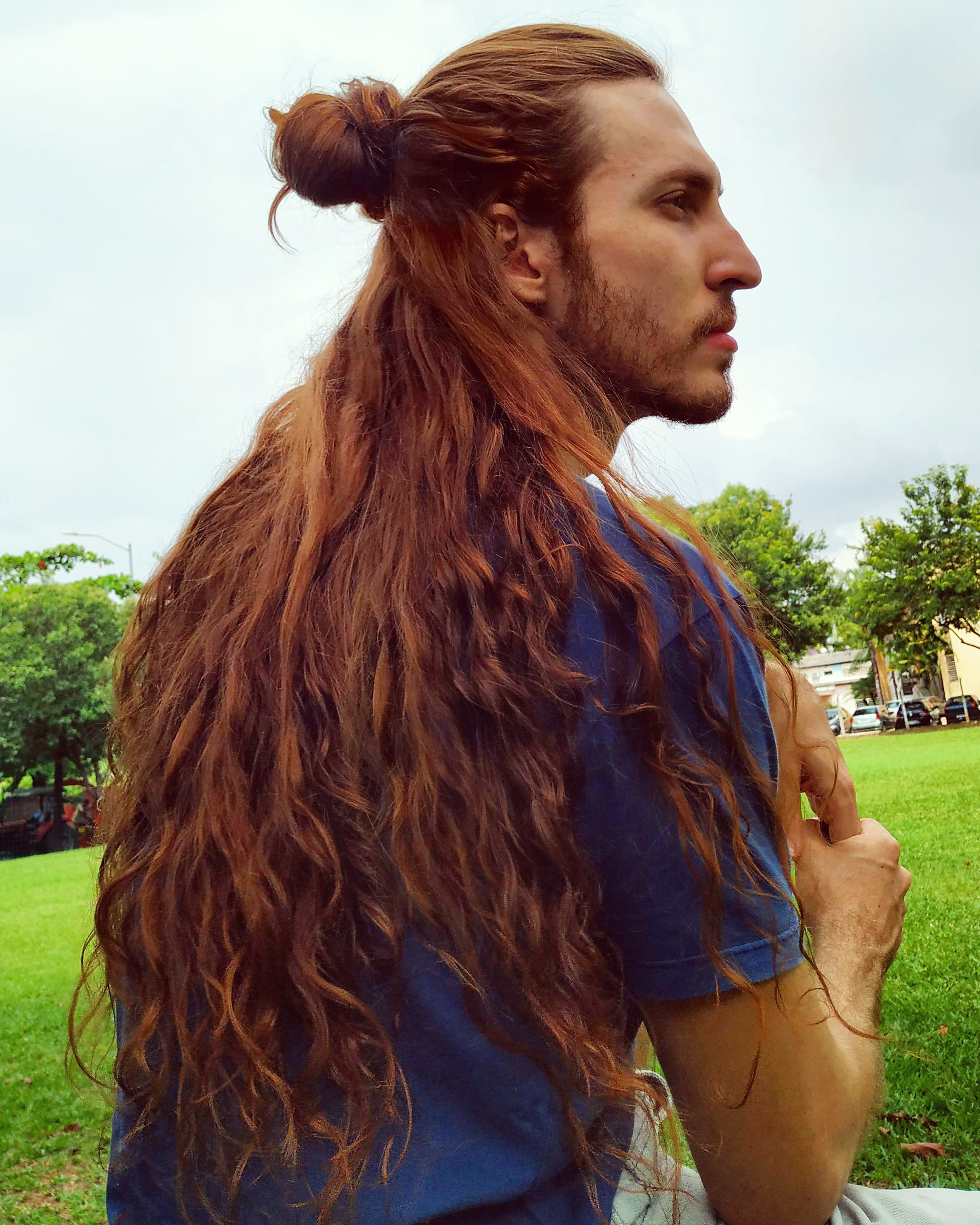 "I even find that many people take pictures of me and my hair without asking or me knowing."

The model says people often comment on how his hair is 'better' than theirs, but this is not something he likes to hear, as he wants everyone to 'work on their low self-esteem'.

"It makes me sad when people ask me if I want to 'turn' women because I have long hair," he continued. "It shoes society does not accept what is different from the regular patterns."

While he had no real reason for growing his hair, Cristiano believes his indigenous ancestry was behind the desire for him to keep such luscious locks. 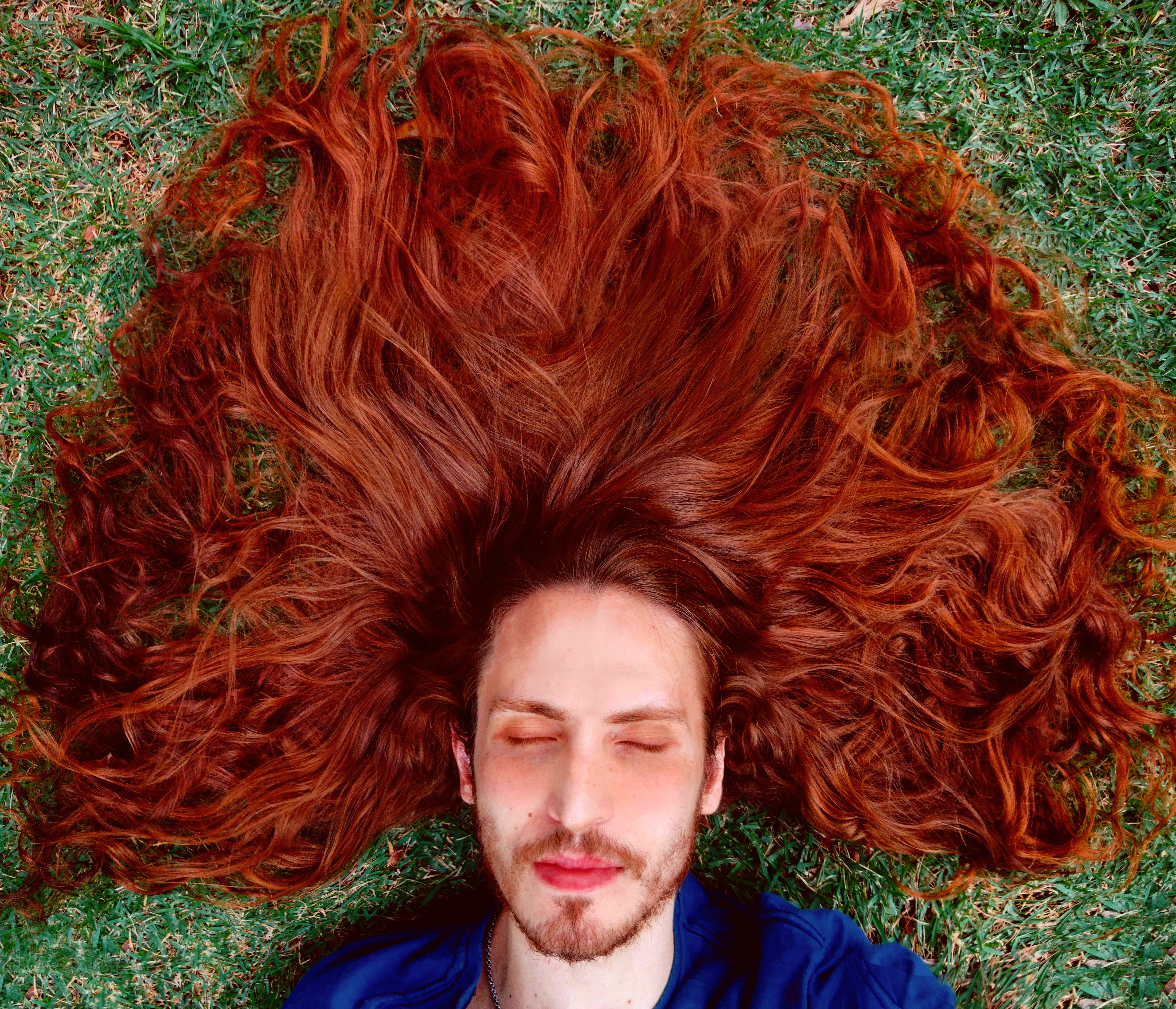 And after seven years of hard work, desperate to keep his hair, he negotiates with his agent to ensure acting roles don't compromise his look.

"I always found long hair beautiful in women and men," Cristiano added. "My grandmother's grandmother was indigenous and had hair down to her feet – so I think it may be cultural."

The 28-year-old says that, if he could have his way, he would continue to 'grow his hair without limits', as having long hair has given him more confidence than ever before.

"It seems that my hair protects me from the bad things in the world, I feel much stronger and more confident," he revealed, before encouraging others to express themselves freely through their hair.

"Do what you want, the hair is yours," he concluded.

In other news, shoppers are going wild for a 99p banana shampoo as they say it's the dupe of a Body Shop one SIX times the price.

While women have been raving about a £14 coffee scrub they claim banishes stretch marks and cellulite with ease.

And shoppers have praised a £10 body shop cleanser for fixing hair dye stains and cradle cap – and even removing red wine stains from the carpet.