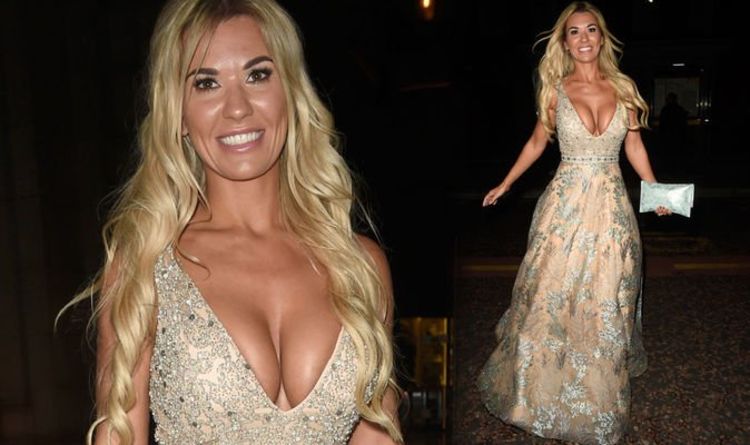 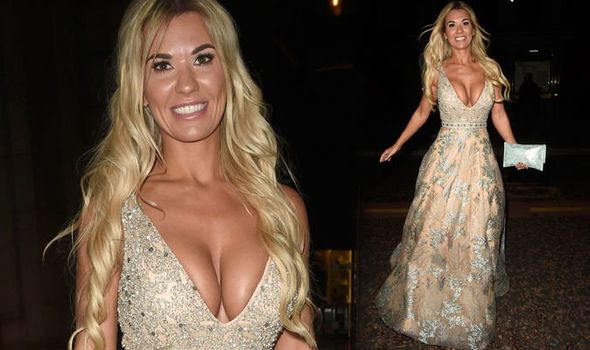 Christine McGuinness, 31, put on a busty display at the Pride of Manchester Awards last night.

The wife of television personality Paddy McGuinness, turned heads when she arrived at the award ceremony in a cleavage-baring bejewelled gown.

The Real Housewives of Cheshire star walked the red carpet in a blush and silver gown, which featured a glitzy bodice and full skirt that skimmed the floor.

Her long blonde hair tumbled down her shoulders in glossy waves while she posed for photographers at the event.

Reality star Christine said her figure-hugging gown, which drew attention to he ample assets and showcased her gym-honed physique, made her feel like Cinderella.

Posting a picture from the night on social media, the reality star told her 217,000 Instagram followers: “So honoured to attend tonight’s very first Pride of Manchester awards @prideofbritain #prideofmanchester. “

“Thank you @cinders_party_dress for making me feel like a real life Cinderella.”

The blonde beauty also shared several behind-the-scenes snaps and videos on her Instagram stories ahead of the event and during the bash.

Showcasing her outfit from all angels, the mother-of-three gave fans an eyeful of her cleavage in the daringly low cut dress.

Christine’s husband Paddy, who is currently a team captain on ITV2’s Celebrity Juice going head-to-head with Holly Willoughby, was not at the event.

The couple, who have been married since 2011, have three children together – twins Penelope and Leo, five, and three-year-old daughter Felicity. 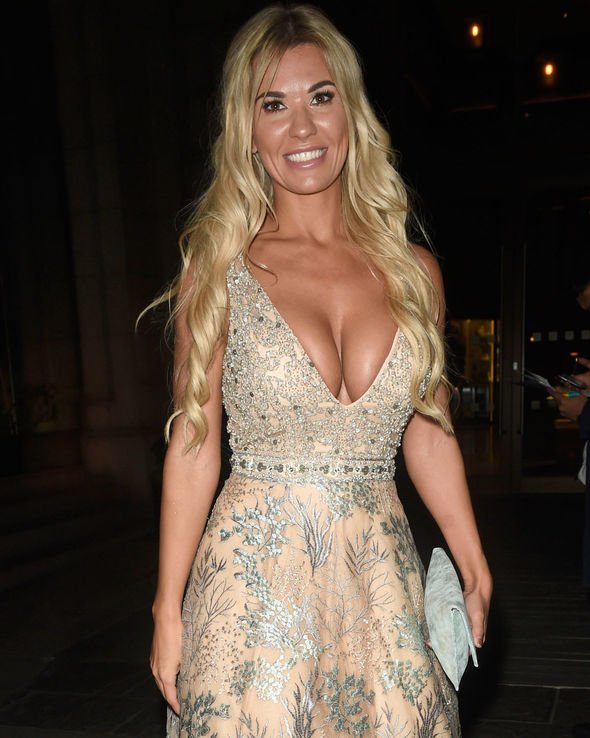 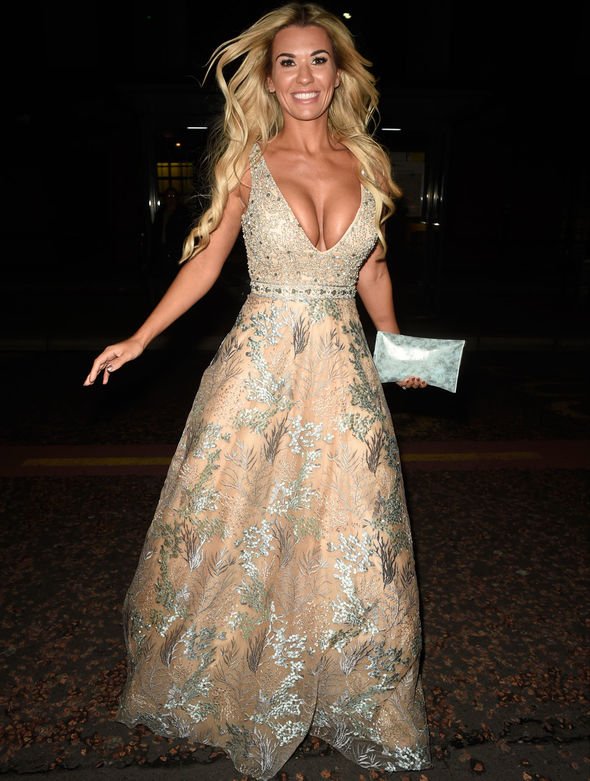 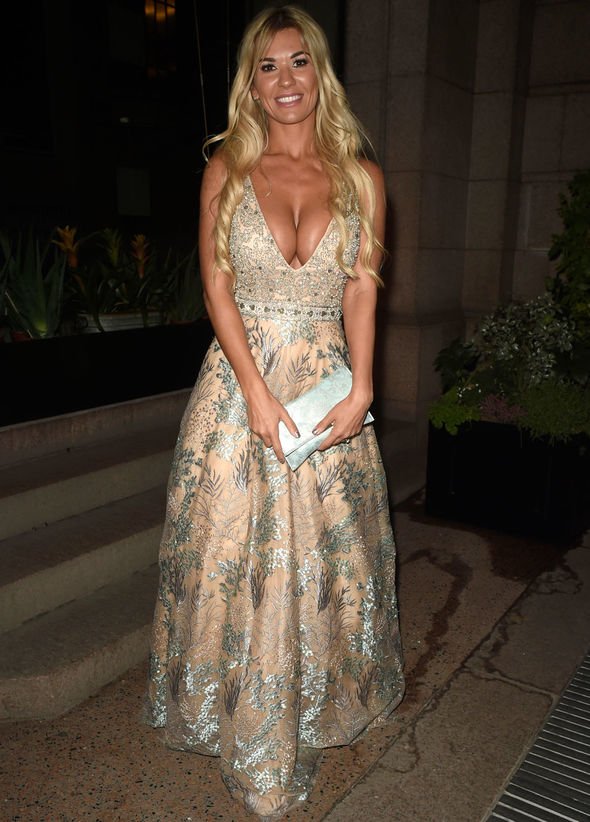 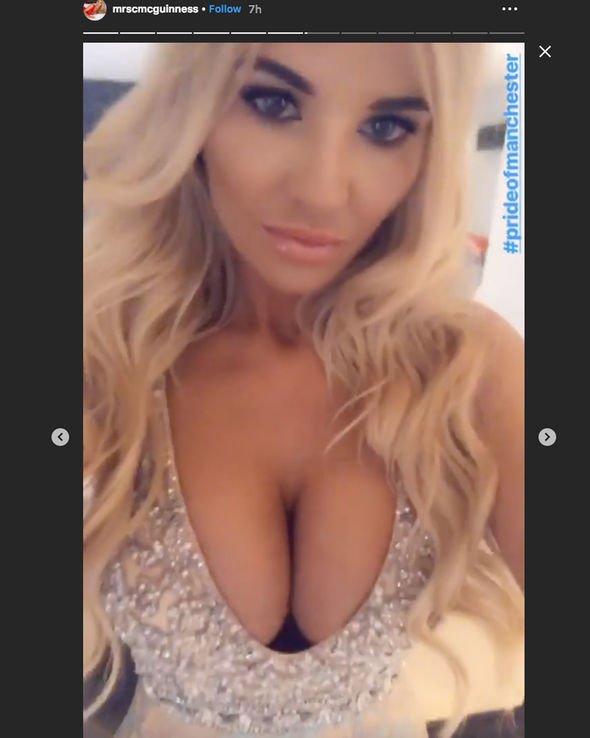 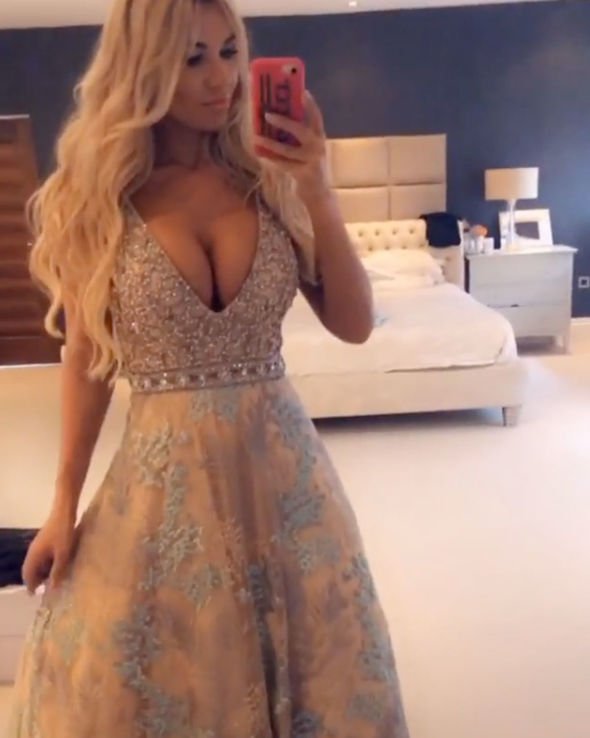