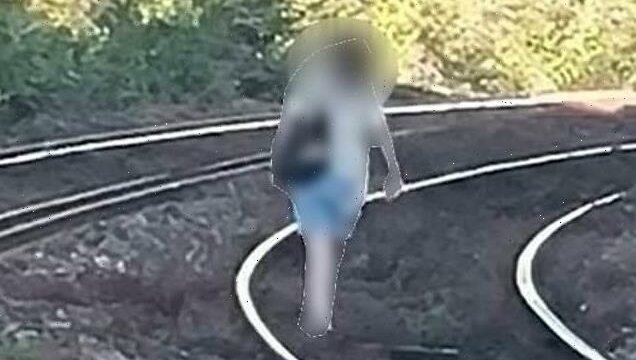 Woman climbs on to train tracks and walks along them, holding up trains and delaying passengers for an hour

A woman stopped the trains after she walked along the railway tracks in Wales.

She performed the dangerous act at Neath train station, South Wales on Thursday.

British Transport Police had to be called after she was spotted just before 8.30pm.

One witness at the station said they saw the woman go onto the tracks and their train was delayed an hour while authorities handled the incident. 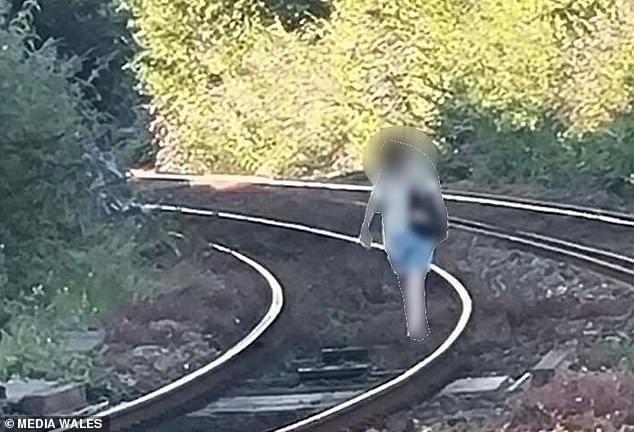 The woman, who cannot be identified, walked along the tracks on a summer evening

Network Rail said that all trains running through Neath were temporarily halted due to a ‘person on the track.’

A spokesperson said: ‘Trains running through Neath were delayed yesterday (7 July) owing to a person being reported on the track at 8.20pm.

‘All trains in the area were temporarily stopped with British Transport Police attending the scene. The person had left the tracks by 8.50pm when train services resumed.

The woman wore a white striped top, blue shorts and carried a black bag to recklessly walk the train tracks.

A spokesperson for British Transport Police confirmed officers attended to the woman, saying: ‘Officers were called to Neath station at 8.20pm last night following reports of a woman on the tracks.

‘Officers attended and the woman had left the tracks.

‘Enquiries into the incident are ongoing.’