TOKYO — Police on Friday raided the home of the man suspected of using an improvised firearm to assassinate former Japanese Prime Minister Shinzo Abe and said they seized multiple weapons that also appeared to be homemade.

The discovery followed the arrest of the suspect — identified by officials as Tetsuya Yamagishi, 41 — in the western Japanese city of Nara, where Abe had been delivering a campaign speech outdoors ahead of parliamentary elections this weekend.

Local media captured video and photos of the bulky weapon that police said was used to kill Abe. They confirmed that the firearm consists of two metal barrels attached to a wooden board and is more than a foot long.

“We are conducting forensics, but clearly it looks homemade,” a Nara police chief said at a news conference.

Police said several weapons were also found at Yamagishi’s residence and were similar to the firearm believed to be used to shoot Abe. They added that it was unclear whether the suspect had the proper licenses for the weapons.

The shooting death of Abe, Japan’s longest-serving leader before resigning in 2020 because of health issues, has stunned a nation where gun violence is extremely rare. 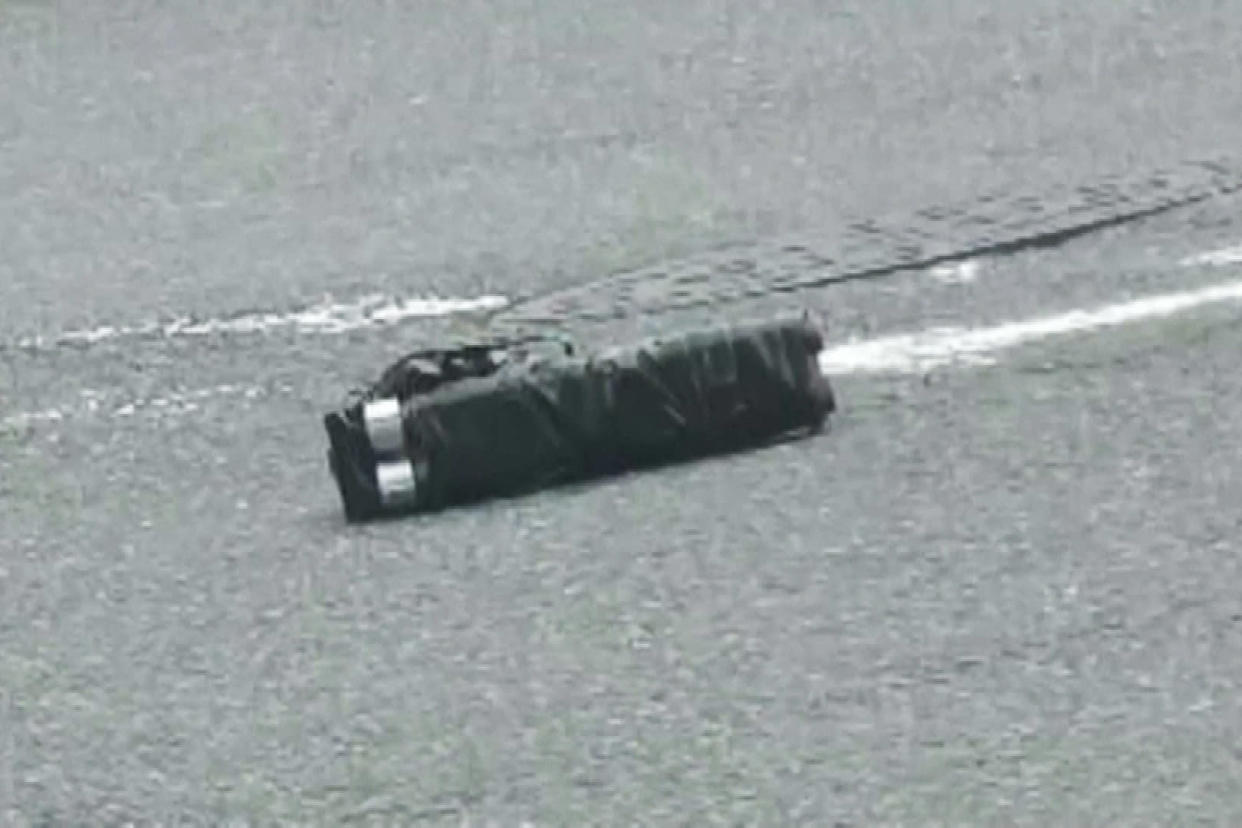 Japan, a nation of about 125.8 million people, has one of the strictest gun laws in the world. There were just 10 shootings in 2021, with one person killed and four people injured, according to the country’s National Police Agency. The majority of shootings each year are linked to Japanese organized crime, the agency added.

Witnesses at Friday’s scene described a “loud bang and then smoke” set off by the first shot, Reuters reported. In dramatic videos, Abe could be seen raising his fist just before the shots rang out. He collapsed to the ground with blood staining his white shirt and bystanders rushing to his aid.

“The first shot, no one knew what was going on, but after the second shot, what looked like special police tackled” the suspect, one witness said. 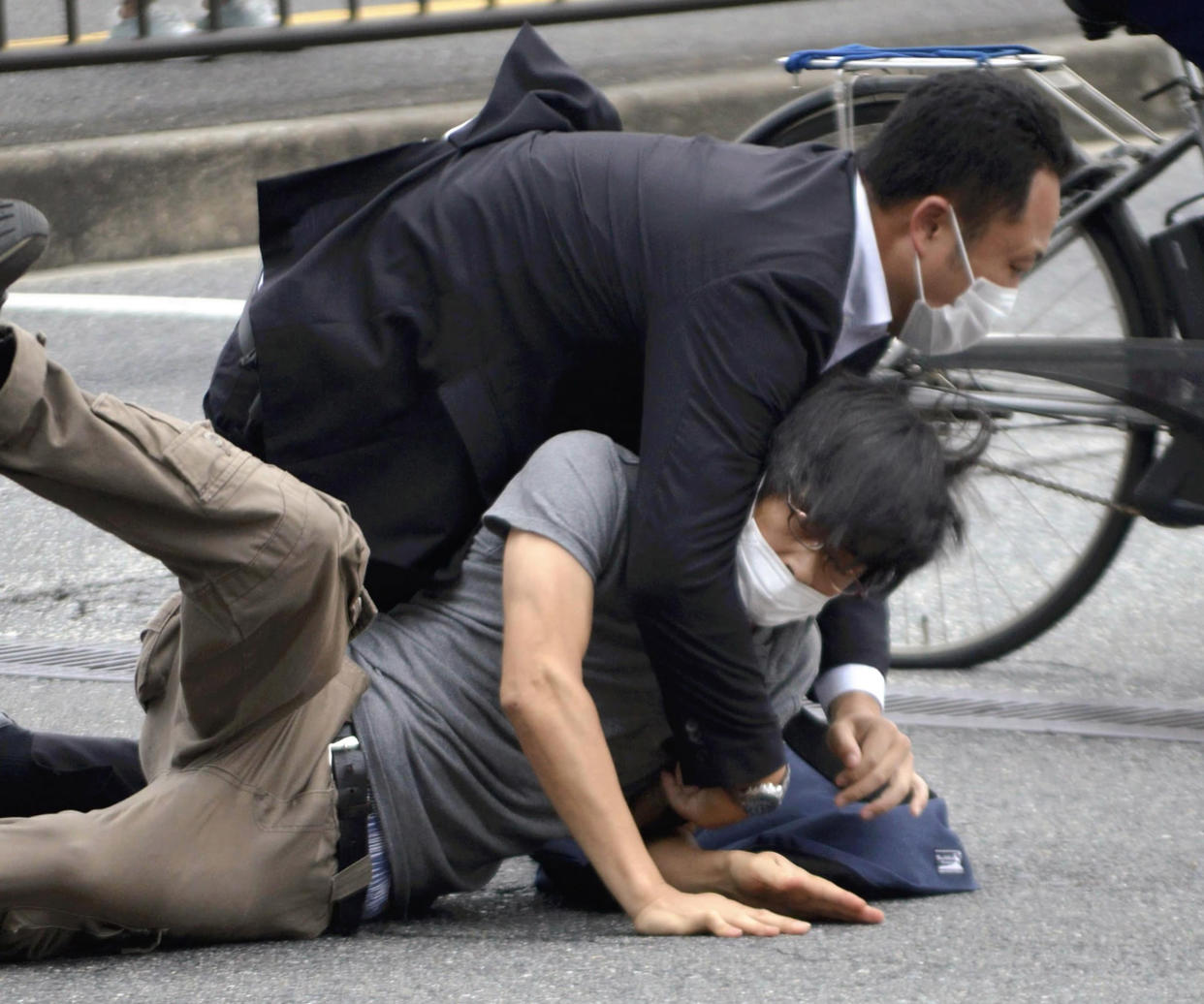 Abe was transported to Nara Medical University Hospital after suffering cardio and pulmonary arrest. Doctors said he had two gunshot wounds and no vital signs when he arrived less than an hour after the shooting. He was pronounced dead at 4:03 a.m. ET.

Yamagishi was arrested at the scene and is under investigation for murder, police said. He confessed to the attack, they said, adding that he told them he harbored a grudge against a group he believed was connected to Abe.

Improvised firearms, also known as zip guns, are not complicated to construct and require parts that can be easily bought and ingredients to make homemade gun powder, said John DeCarlo, a professor of criminal justice at the University of New Haven and former chief of police in Branford, Connecticut.

“You can build a go-kart in lieu of a car pretty easily using bastardized parts,” DeCarlo said. “It’s the same with guns.”

Instructions to make zip guns are accessible online, he added. But such weapons are not prevalent in countries like the United States, where tens of thousands of people are afflicted by gun violence every year, because commercially manufactured guns are easier to buy.