The Tokyo-born player made history as the first woman to compete for an international title on this day in 1952.

Who was Masako Katsura?

Masako Katsura was born in Tokyo in 1913 and picked up billiards at age 12 from her brother-in-law, a game room owner.

By the age of 15, Katsura was the Japanese women’s champion in straight rail – a challenging variation of carom billiards in which the cue ball must hit two balls in a row to score points.

After turning 19, Masako Katsura only competed in men’s tournaments; racking up 10,000 points at one exhibition in a mind-boggling four and a half hour run.

Why is Masako Katsura being celebrated with a Google Doodle?

Google is celebrating Katura's historic achievement of being the first woman to be included in an international billiards championship.

Google has chosen this day, March 7, because it was the day Masako Katsuramade history at that tournament in 1952. 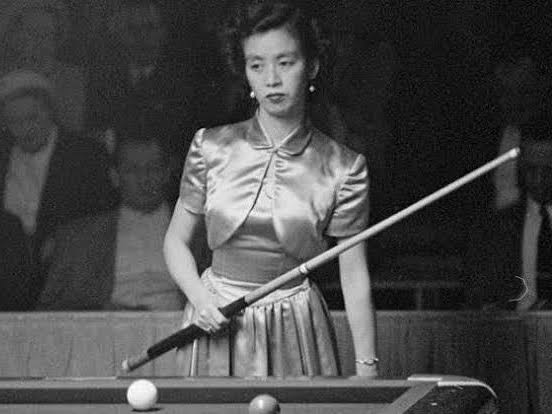 That is an even tougher version of carom billiards that calls for the cue ball to hit at least three cushions before striking the two object balls for points.

By the time Katsura moved to the United States in 1937, word of her unprecedented talent had reached eight-time world champion Welker Cochran.

Katsura upset some of the sport’s best players to finish seventh in the tournament, while the progress she made for women in a traditionally male-dominated game was a first.

What is a Google Doodle?

The first-ever Google Doodle was designed by co-founders Larry Page and Sergey Brin and honoured The Burning Man event in Nevada.

Subsequent Doodles have been designed by other people and a specific team of people called Doodlers.

By 2019, the team had created over 4,000 Doodles for Google homepages around the world.

Google releases Doodles to celebrate anniversaries, birthdays or days of note throughout history.