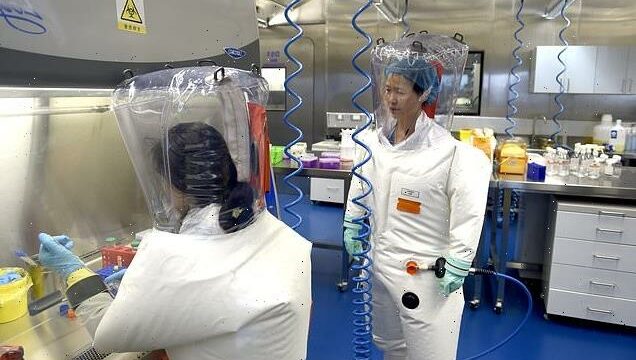 The head of the World Health Organisation privately believes the Covid pandemic started following a leak from a Chinese laboratory, a senior Government source claims.

While publicly the group maintains that ‘all hypotheses remain on the table’ about the origins of Covid, the source said Tedros Adhanom Ghebreyesus, director-general of the World Health Organisation (WHO), had recently confided to a senior European politician that the most likely explanation was a catastrophic accident at a laboratory in Wuhan, where infections first spread during late 2019.

The Mail on Sunday first revealed concerns within Western intelligence services about the Wuhan Institute of Virology, where scientists were manipulating coronaviruses sampled from bats in caves nearly 1,000 miles away – the same caves where Covid-19 is suspected to have originated – in April 2020. The worldwide death toll from the Covid pandemic is now estimated to have hit more than 18 million. 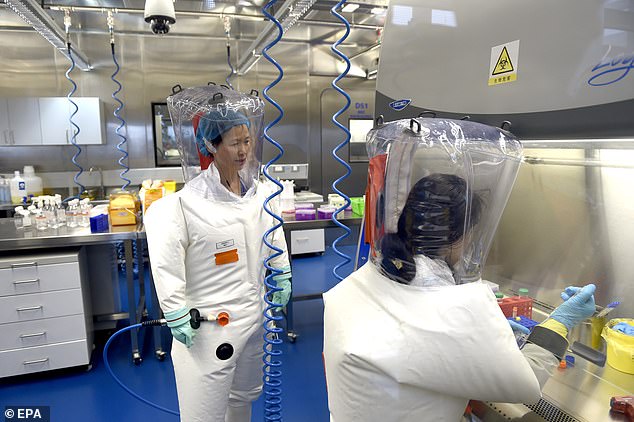 Researchers work at a lab in the Wuhan Institute of Virology, where Covid was first found

The WHO was initially criticised for its deferential approach to China over the pandemic, as well as a willingness to accept Beijing’s protestations that claims of a laboratory leak were just a ‘conspiracy theory’.

However, in the absence of any compelling evidence of ‘zoonotic’ spread – the process by which a virus leaps from animals to humans – it is now adopting a more neutral public stance.

Dr Tedros updated member states on the pandemic this month, admitting: ‘We do not yet have the answers as to where it came from or how it entered the human population.

‘Understanding the origins of the virus is very important scientifically to prevent future epidemics and pandemics.

‘But morally, we also owe it to all those who have suffered and died and their families. The longer it takes, the harder it becomes. We need to speed up and act with a sense of urgency.

‘All hypotheses must remain on the table until we have evidence that enables us to rule certain hypotheses in or out. This makes it all the more urgent that this scientific work be kept separate from politics. The way to prevent politicisation is for countries to share data and samples with transparency and without interference from any government. The only way this scientific work can progress successfully is with full collaboration from all countries, including China, where the first cases of SARS-CoV-2 were reported.’ 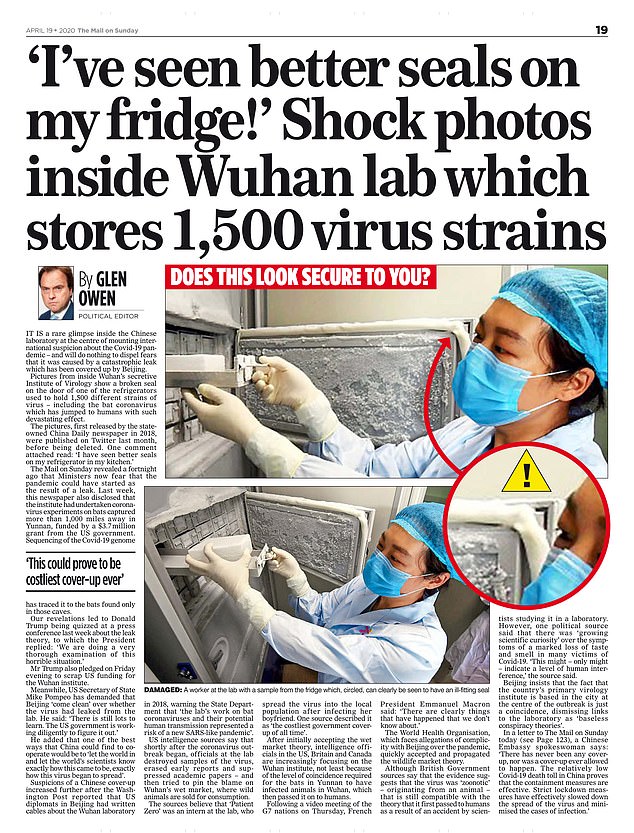 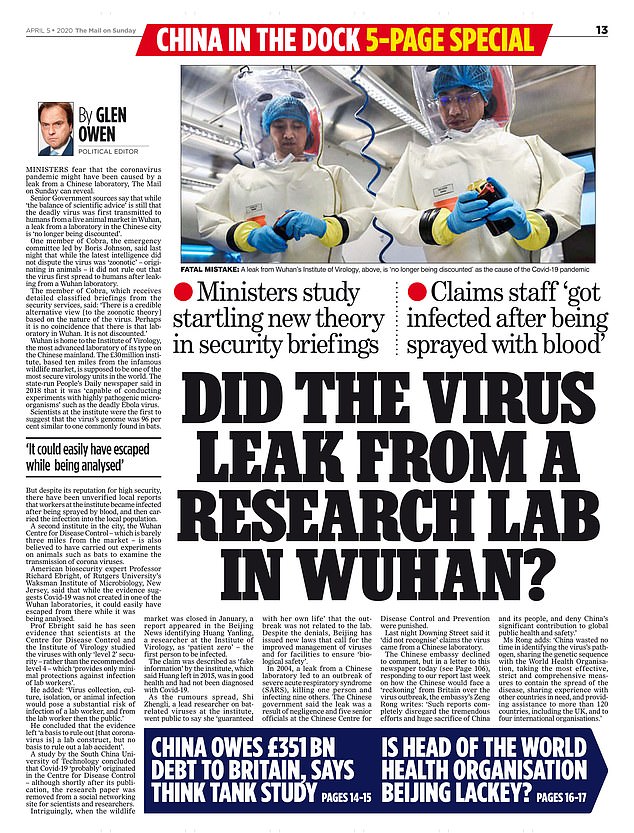 Last year, the WHO established the Scientific Advisory Group for the Origins of Novel Pathogens (Sago) to outline which studies would be needed to identify the origins of SARS-CoV-2 – as Covid is scientifically known – and to ‘create a global framework for studying the origins of emerging and re-emerging pathogens’.

An original probe into the outbreak by the WHO was resisted fiercely by China, leading to a report that concluded the SARS-CoV-2 virus probably passed to humans from a bat via another unidentified species.

But after 14 nations including the UK, US and Australia criticised its findings as being heavily compromised, Dr Tedros admitted the report’s flaws and ordered the new process.

The Government has taken a cautious approach to apportioning blame for Covid – something that China-sceptics attribute to a fear of offending Beijing.

However, American intelligence has placed the secretive Wuhan laboratory at the centre of its analysis.

Former US Secretary of State Mike Pompeo claimed that workers at the institute had fallen ill with Covid-like symptoms in autumn 2019 – weeks before the alarm was raised, and said that as part of military projects its scientists were experimenting with a bat coronavirus very similar to the one that causes Covid.

A WHO spokesman said: ‘Dr Tedros has been consistently saying all hypotheses remain on the table as scientists pursue their work.’