Authorities plan to test every resident in Ho Chi Minh – at a reported rate of 100,000 per day – as it imposed more restrictions today to deal with the outbreak. 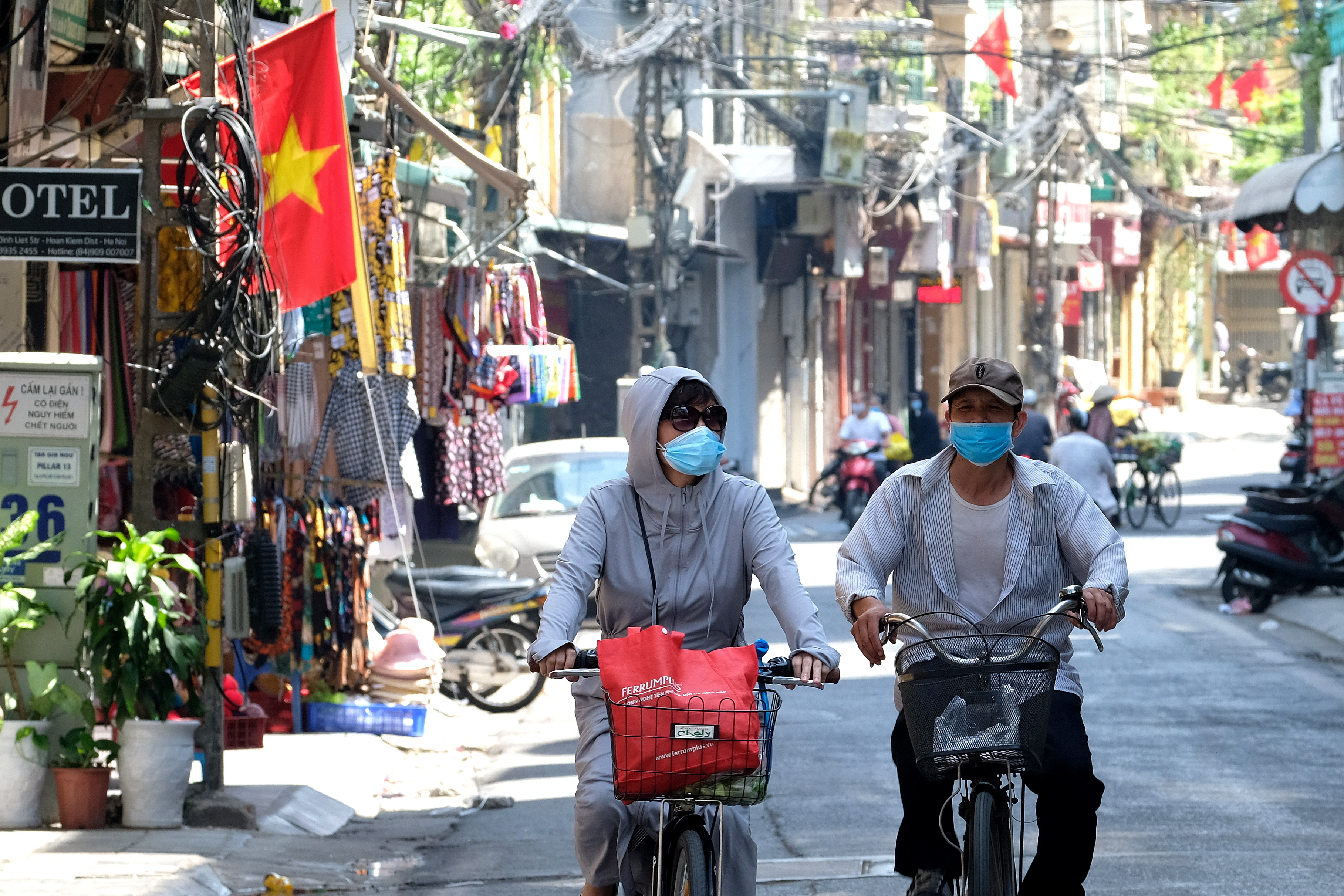 People in the city are only allowed to leave home for necessary activities and public gatherings of more than 10 people are banned for the next two weeks, the government said.

Since the end of April, a surge in Covid has spread to 31 areas in Vietnam with over 4,000 cases, almost double the total number that the country reported since the beginning of the pandemic.

Some recent patients were infected with a hybrid of the virus variants first found in India and the UK, the health minister said Saturday.

Nguyen Thanh Long said the mutant strain might spread more easily and could be responsible for Vietnam's recent surge.

After managing to contain the first and second waves of the virus, Vietnam is now facing a fast moving outbreak.

Vietnam had also not recorded a Covid death between September and May 16, but so far ten people have died of the disease in the last two weeks.

The country's current death toll still stands at just 47 – minuscule in comparison to most other nations of a similar size.

Viruses often develop small genetic changes as they reproduce and new variants of the coronavirus have been seen almost since it was first detected in China in late 2019.

The World Health Organization categorized the UK and Indian variants, along with two others first found in South Africa and Brazil, as strains of concern because they appear to be more contagious.

Vietnam has vaccinated one million people with AstraZeneca shots and it has a deal with Pfizer for 30 million doses to be delivered later this year.

It is also in talks with Moderna that would give it enough shots to fully vaccinate 80 per cent of its 96 million people.