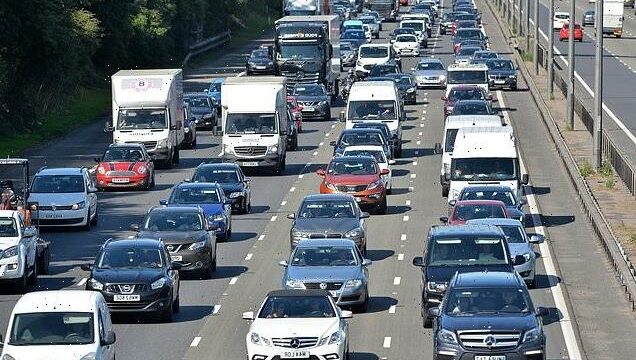 Two people have died and 12 injured following a horror crash on the M40 near High Wycombe.

The collision, involving ‘multiple vehicles’, took place between junctions four and five of the motorway at around 8.15am.

Two people were pronounced dead at the scene, police have confirmed.

Two individuals have been rushed to hospital from the scene of the crash, while a further ten people are also being treated for minor injuries. 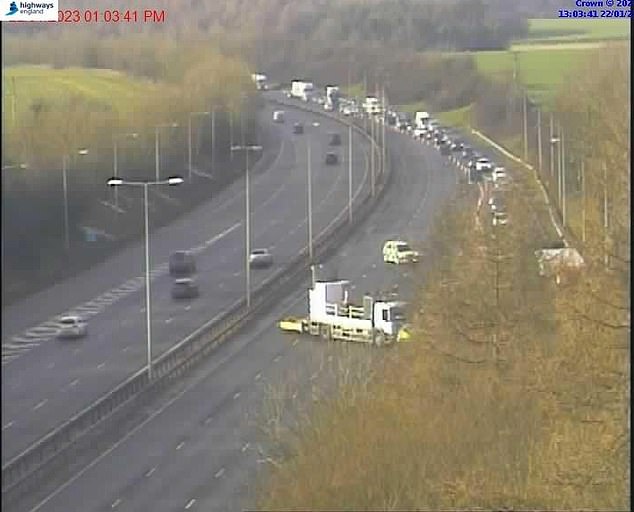 Emergency services have blocked off the M40 southbound near High Wycombe, with all traffic being diverted off the motorway 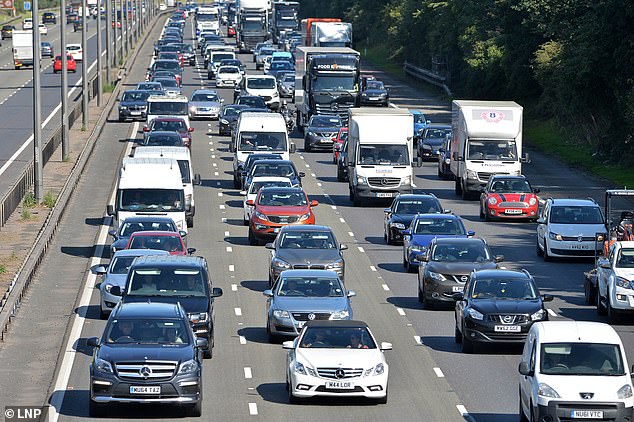 A stock picture of heavy traffic on the M40 near High Wycombe, where the crash took place this morning

The M40 was closed in both directions for more than three hours following the crash to allow for an air ambulance to land on the motorway.

A spokesperson for Thames Valley Police said: ‘Officers attended a report of an RTC involving multiple vehicles at around 8.15am today.

‘Sadly two people have died. Their next of kin has been informed. Two more people have been taken to hospital with serious injuries.

‘A further 10 people sustained minor injuries, some of whom have been taken to hospital.

‘If anyone saw what happened, or has any dash-cam footage, who has not yet spoken to officers, please get in touch.’ 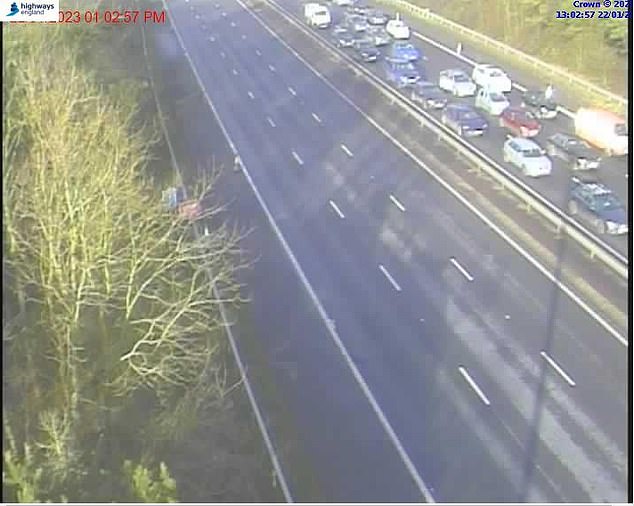 Heavy traffic on the M40 following the fatal crash earlier this morning. Emergency services continue to work at the scene

‘The northbound carriageway was also closed, but reopened circa 11.30am.

‘Due to the nature of the incident, Thames Valley Police are carrying out collision investigation work.

‘Once complete, vehicle recovery and carriageway clean-up work can begin. The closure is expected to be protracted and in place for a considerable time today.’

It comes as motorists have been warned over freezing fog as temperatures plummet over the weekend.

Drivers were told to brace for difficult driving conditions after the Met Office have forecasted a haze so thick that visibility could drop as low as 50m in some parts of England.