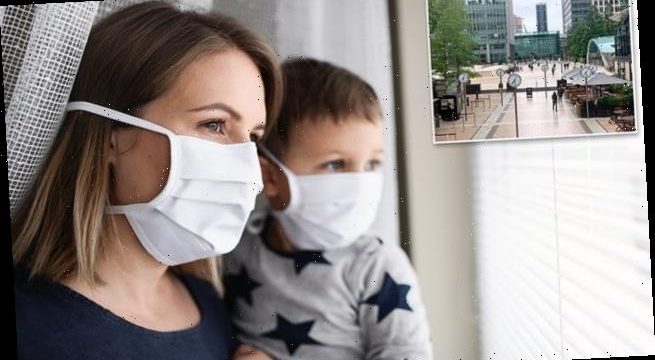 Trade Unions have demanded that bosses do not force up to two million people who are shielding from Covid-19 back into the office in August when official government guidance changes.

At the moment those with very serious health issues – such a cancer or respiratory problems – have been ordered to self-isolate since lockdown began on March 23.

However the Prime Minister has said that employers can decide if workers can return safely to the office. And those shielding will no longer be advised to work from home.

Earlier this month Boris Johnson urged businesses operating remotely to ‘get back into work’ to breathe life back into the cash-starved high street and jump-start the recovery.

But the TUC have described the move as ‘heartless and reckless’ and that employers should continue utilising home working, as reported by The Guardian.

It comes as a coalition of charities is urging the Chancellor to protect the jobs of workers who have been shielding, warning they will be put in an ‘impossible position’ when restrictions ease. 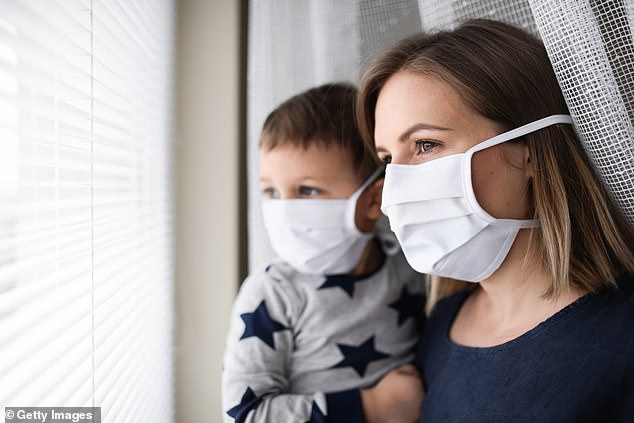 Frances O’Grady, the TUC’s general secretary, told the Guardian: ‘It would be heartless and reckless for employers to demand the immediate return of shielding workers. After self-isolation for a number of months, requiring shielding workers to immediately travel to workplaces may cause anxiety and distress.

‘The government must make clear to employers that they cannot give shielding workers unreasonable ultimatums to return to workplaces. The job retention scheme is in place until at least October, so employers must continue using it if home working is not an option.

‘And the government should make clear that furlough will still be an option after October for shielding workers who cannot safely travel to workplaces or who may be subject to a local lockdown.’

An open letter to Rishi Sunak signed by 15 charities, including Age UK and Macmillan Cancer Support, raises concerns that those who have been shielding will be forced to choose between their health and their job.

Meanwhile, the Trades Union Congress (TUC) is to ask ministers to keep using the Government’s job retention scheme for shielding workers and not force them to return to work, according to The Guardian. 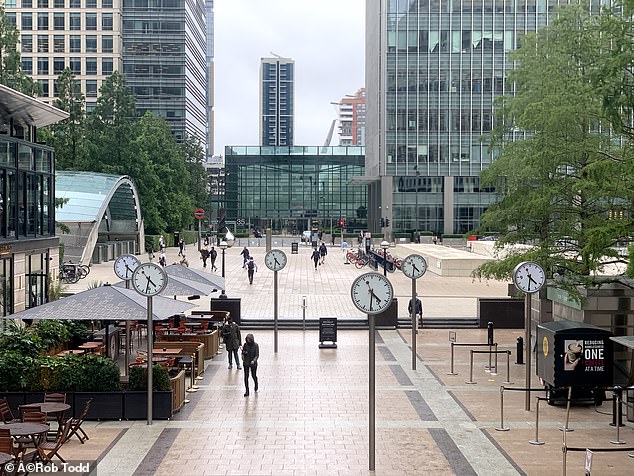 A very quiet Reuters Square in Canary Wharf this week. The Prime Minister is urging people to return back to the office

Shielding will be paused in England, Scotland and Northern Ireland from August 1, when extremely clinically vulnerable people who have stayed at home to protect themselves from Covid-19 are allowed to return to work.

But the signatories warn these employees are at risk of being made redundant, or could be forced to return to the workplace when they do not feel it is safe to do so.

Some 2.2 million people deemed extremely vulnerable to coronavirus are shielding in England, and around 595,000 (28%) of those usually work, according to the charities.

The letter to Mr Sunak says: ‘Our concern is that, especially as your furlough arrangements start to unwind and the shielding scheme is paused from next week, some of these workers will find themselves in an impossible position.

‘This is because if their occupation is one which they cannot carry out from home, and if it is extremely difficult to make their workplace safe for them, they may be forced to choose between putting their health on the line by returning, or staying safe by giving up their job.’

The signatories say this is ‘desperately unfair’ for those who have made ‘great sacrifices’ by staying at home, and call on the Chancellor to take action and protect their jobs as well as supporting employers. 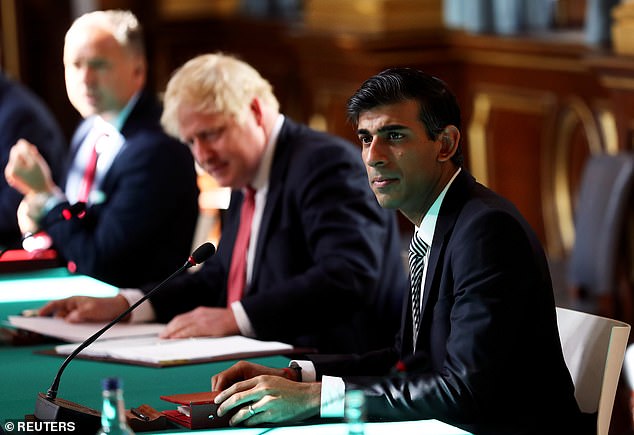 A coalition of charities is urging the Chancellor to protect the jobs of workers who have been shielding, warning they will be put in an ‘impossible position’ when restrictions ease

This could include extending the furlough scheme for those who have been shielding or are at high-risk, the letter adds.

The same suggestion has been made by the TUC, with General Secretary Frances O’Grady telling the Guardian: ‘It would be heartless and reckless for employers to demand the immediate return of shielding workers.

‘After self-isolation for a number of months, requiring shielding workers to immediately travel to workplaces may cause anxiety.

‘The job retention scheme is in place until at least October, so employers must continue using it if home working is not an option.’

A survey conducted by Macmillan Cancer Support with 2,000 adults found many cancer patients are fearful of returning to workplaces, with 42% saying they feel it is currently unsafe for them to work outside of their home.

One in three (36%) people with cancer said the coronavirus crisis has affected their finances, with some saying they have been left struggling to pay their bills.

When the shielding programme ends, medics should decide whether patients can reasonably be expected to work, depending on their workplace.

According to the Government, employers have been told to make sure the shielded can work from home wherever possible, including moving them to another role if required.

If employers cannot provide a Covid-safe working environment, those who are clinically vulnerable will be able to access financial support including statutory sick pay and welfare payments, it has said.

Chris Askew, chief executive of Diabetes UK and a signatory of the letter, said: ‘No-one should be faced with the impossible task of choosing between their health, by returning to work in an unsafe environment, and their financial security.

‘The Government must ensure that employers are supported to take all the necessary measures to keep all employees safe if they are expected to attend work outside their home.

‘In addition, the Government should introduce a new support scheme for those clinically vulnerable people who are unable to return to a safe work environment.’

A Government spokesperson said: ‘We understand how challenging the outbreak pandemic has been for the clinically vulnerable and we have worked tirelessly to support them.

‘Employers must ensure the safety of those with such conditions when considering working arrangements, including whether work can be completed remotely.

‘Our wide-ranging support package worth an initial £160 billion includes the furlough scheme, which has paid the wages of 9.5 million people and has already been extended until October, loans, grants, and tax cuts and deferrals.

‘People will also now benefit from the Job Retention Bonus which will support business and protect jobs. We also announced £750 million for charities so they can continue their important work, ensuring those on the front line are able to reach people who need help.’