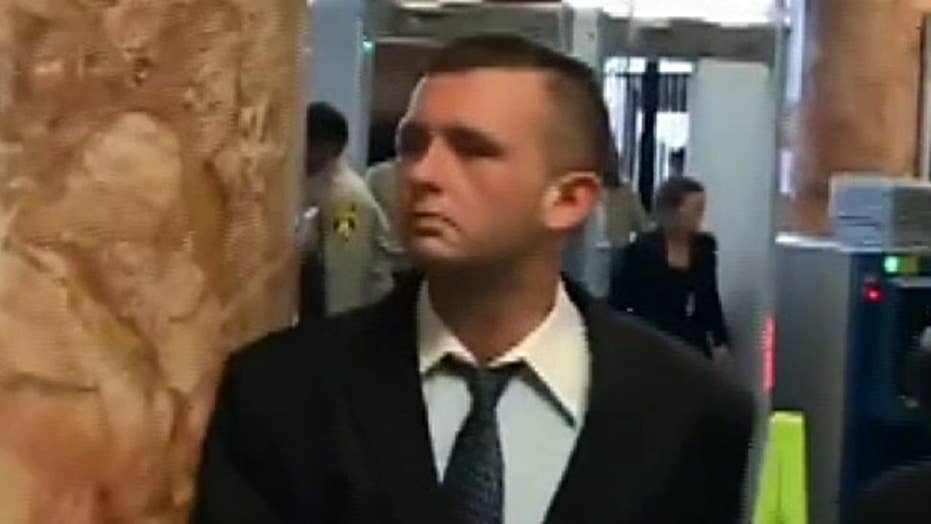 Austin James Vincent arrives in court after being accused of a second crime.

A northern California man accused of blocking a woman from getting inside her San Francisco condo building, trying to force his way inside and attacking her was denied bail at a court hearing on Thursday, according to local reports.

A judge ordered Austin Vincent, 25, to remain behind bars without bail, KTVU-TV reported. 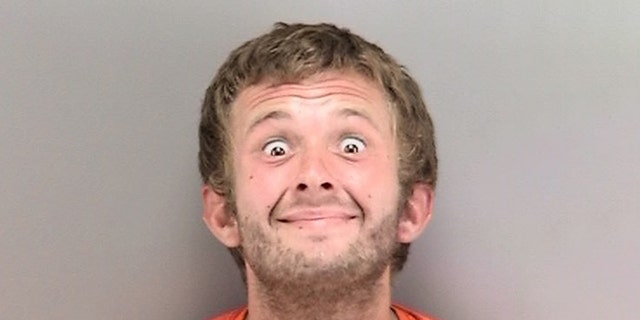 Austin Vincent is accused of attacking a woman from getting inside her San Francisco condo building, police said.
(San Francisco Police)

After the judge's ruling, Vincent walked out of the courtroom cursing at the judge and continued to yell in the hallway, according to the television station.

Police said as the female victim tried to get into her building through the front door, Vincent stepped in front of it, which prevented her from getting inside.  He then allegedly tried to grab her cell phone. Police  said he is then seen on surveillance video grabbing her leg, causing her to fall. Police said Vincent also threw her to the ground. The alleged victim is seen in the video struggling to close the front door as Vincent pulled on it, trying to get inside, police said.

The woman was able to get into the building with the help of a security officer. Police said she sustained non-life threatening injuries.

Sgt. Michael Andraychak, of the San Francisco Police Department, said Vincent was taken into custody about one block from the building, police said.

Vincent has been charged with false imprisonment, battery and attempted robbery.

During Vincent’s court appearance on Thursday, the judge watched the video of the alleged assault in the courtroom, according to KTVU-TV.

The station reported Vincent is also accused of threatening people with a knife in February, but the judge dismissed that case after learning Vincent was in a substance abuse program in Southern California at that time.

The television station reported that on Thursday The San Francisco District Attorney's Office argued that Vincent would be a threat to the public if released and the judge agreed, denying bail.

The alleged victim told the station she wants to move out of San Francisco because of the attack.