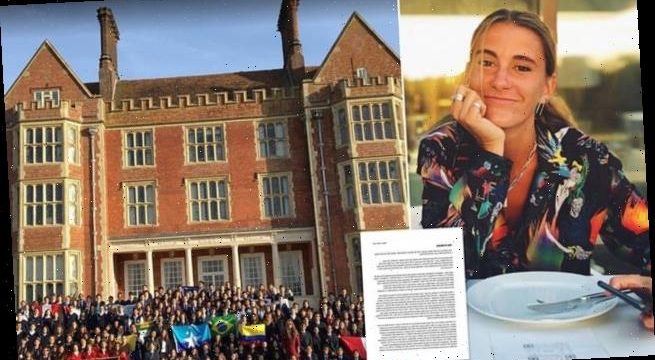 A former private school pupil has compiled a dosser exposing fresh claims of rape culture and sent it to the heads of some of Britain’s most prestigious schools.

Zan Moon, 24, was inundated with women sharing harrowing experiences of harassment and misogyny after appealing for testimonies last week.

The Princes Trust charity worker, who attended the all-girls Benenden school in Kent, herself says she was assaulted by a boy from another school aged 15.

Her 15-page document describes in grim detail allegations made against pupils from elite institutions such as Eton, Charterhouse and Tonbridge.

These schools each said they take allegations of harassment seriously and encouraged current and former pupils to come forward. 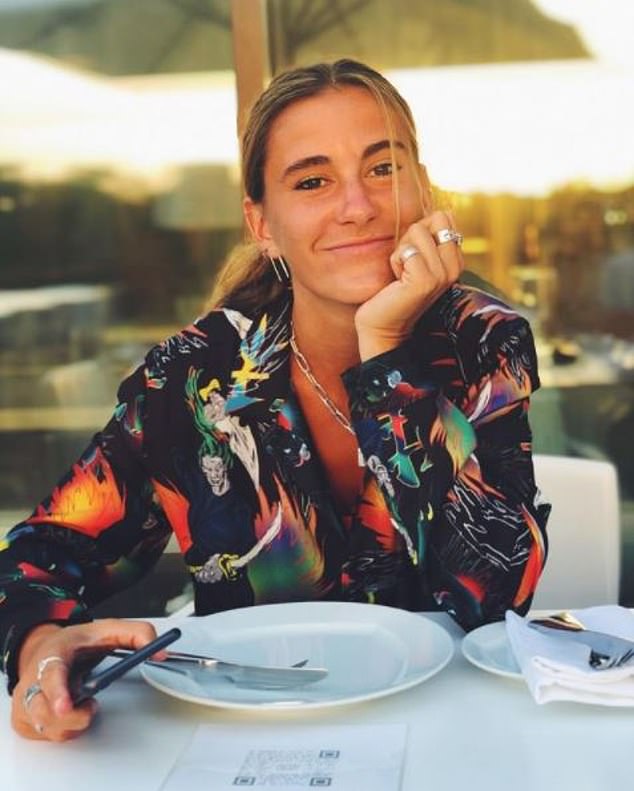 Zan Moon, 24, was inundated with women sharing harrowing experiences of harassment and misogyny after appealing for testimonies last week 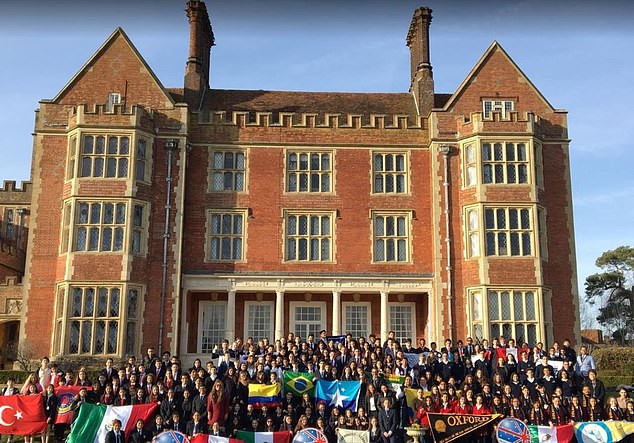 The Princes Trust charity worker, who attended the all-girls Benenden school in Kent (pictured), herself says she was assaulted by a boy from another school aged 15

In an open letter attached to the dossier, Ms Moon said: ‘My experience of a private education has taught me many things. Certainly, the most uncomfortable lesson, has been the discovery of the chauvinism that runs deep within the environment of private boy’s schools.

‘It is finally coming to attention how boys from the most elite schools and universities have mistreated girls for years, and somehow got away with it. This ends now.’ Anonymous postings to the Everyone’s Invited website in recent weeks has brought shocking experiences of rape culture within schools to public attention.

Although state schools have been embroiled in the scandal, the initial focus was on behaviour at elite private schools.

Ms Moon said: ‘The worrying reality of this situation is that many of these young boys grow up to land some of the most powerful leadership roles in society.’

Her dossier includes more than 90 shocking testimonies from pupils and ex-pupils.

One said: ‘I was groped and had a hand grab up my skirt on multiple occasions by multiple different Tonbridge boys in one night. They said it was ‘a joke’ and then after called me a s**g even though I never asked or gave them permission to touch me. I’ve never felt more uncomfortable in my life’

Another said: Boys from Tonbridge would rate girls out of ten to your face. The way they spoke about girls was disgusting and derogatory. It was always sexualised and with a sense of entitlement.’

One claimed to often feel pressured into sending nude pictures of herself to Eton schoolboys, who were always older.

‘They would say we were frigid if we didn’t do it,’ she said. ‘One time I finally caved after saying no so many times and the picture got shared around Eton. It left me feeling so ashamed, embarrassed and humiliated.’

A former Charterhouse pupil said: ‘I once walked through the common room whilst the boys were watching football. All 30 of them turned around and sang ‘Get your t**s out for the lads’. I was 17 and in a tank top, standing next to the head boy who did nothing.’

Gavin Williamson last night condemned the alleged abuses and vowed to take action to stamp out such ‘sickening’ behaviour.

Senior MP Rob Halfon today condemned the ‘Lord Of The Flies culture’ within classrooms, while another, Maria Miller, demanded Ofsted be tasked with leading an independent probe.

‘It’s a toxic environment to try to be an upstander rather than be a bystander’: Boys speak out about rape culture in schools

Three boys have spoken out about the rape culture scandal in British schools.

Gulliver, 16, Freddie, 17 and Kian, 18 appeared on the Today programme this morning.

Asked if they were shocked by some of the testimonies from female pupils, Kian said: ‘It certainly doesn’t surprise me I’d say, I wouldn’t be shocked by a story of a girl being groped at a party or overhearing some language being used by boys in the locker room. It wouldn’t surprise me to hear such things.’

Gulliver said: I think it’s quite awful because I can imagine this being openly bragged about and I think it’s this culture that is currently going on.’

Freddie said calling classmates out on such behaviour can be ‘difficult’ because of peer pressure.

Gulliver agreed: ‘It’s this idea that you would be laughed at for trying to speak up, which is intimidating almost. I think it’s a toxic environment to try to be an upstander rather than be a bystander.’

James Priory, Headmaster, Tonbridge School: I have read this open letter with significant concern. These behaviours have no place at Tonbridge and are incompatible with the ethos of care and respect for others which we do our best to teach and live by.

‘As a school, we treat allegations of this kind with the utmost seriousness. We follow safeguarding policies and procedures in respect of all allegations brought to our attention, including notifying the relevant authorities.

‘Our PSHEE programme is just one of the ways in which we deliver Relationship and Sex Education at Tonbridge. It is continuously evolving and partly delivered by external organisations. We are keen that it should be as relevant and effective as possible.

‘We will be listening carefully to our students, staff and alumni, as well as to anyone who has contacted us directly from outside the School, in establishing what more we can do to ensure that sexual harassment and abuse are never accepted and that everyone will feel supported and able to come forward if they wish to.’

An Eton College spokesperson said: ‘Eton insists that all our pupils treat others with kindness, decency and respect.

‘Specific allegations are always taken extremely seriously and we work closely with the relevant external authorities when necessary. We run workshops about healthy relationships and educate our pupils about consent. A number of further initiatives are in advanced planning.

‘However, we must never be complacent and are always seeking to learn. All involved in education have a responsibility to recognise that we can and must do more so as to effect meaningful and sustained change, for the benefit of all young people.

‘Pupils have been encouraged to report any concerns they have about anything which has appeared online so that proper support can be put in place through our well established pastoral provision.’

A Charterhouse spokesperson said: ‘Like many others, Charterhouse has been distressed by the many testimonies of sexual harassment by pupils and alumni at schools and colleges across the UK, and we are deeply saddened to know that pupils from Charterhouse have been affected.

‘We take the concerns raised extremely seriously and have been working hard on issues such as gender-based discrimination, harassment and violence and healthy and respectful relationships. We strive to create a community in which all of our pupils feel safe and respected for who they are.

‘The whole basis of our actions is to help ensure that we provide strategies for young people to challenge unacceptable behaviour and to encourage them to speak out and report concerns, either in person to our safeguarding or pastoral team, or through our ‘saysomething’ campaign that has been active since 2018. Crucially, our current pupils – male and female – have been taking a key role in these actions, with our pupil-led Inclusivity Committee leading the conversation this year with further developments already planned for next term and beyond.

‘We continue to encourage current or former pupils with concerns to come forward with the confidence to know they will be taken seriously and that we can provide support. We always report all concerns that fall within the appropriate statutory guidance.’