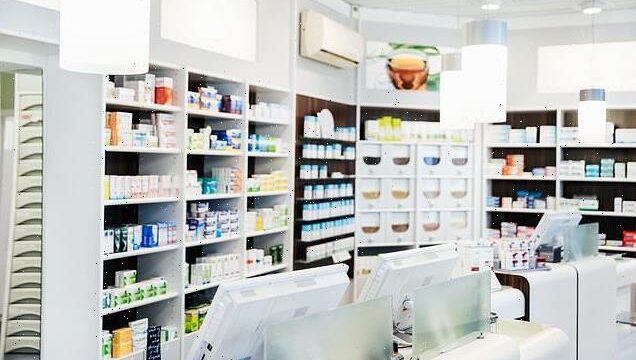 Patients risk being left without drugs they need this Christmas due to huge price rises that are making it unaffordable for pharmacists to buy the medicines in.

Wholesale prices for common drugs including steroids, migraine medication and indigestion treatments have rocketed in the last few months, say chemists, with some quadrupling or more.

But the amount high street pharmacies are being reimbursed for them by the NHS has lagged behind.

Now, increasing numbers of chemists are running out of their existing stocks – but not buying in more, saying that would soon leave them bankrupt.

Dr Leyla Hannbeck, chief executive of the Association of Multiple Independent Pharmacies (AIMP), said: ‘A typical pharmacy faces losing tens of thousands of pounds a month if it continues to purchase these drugs.’ 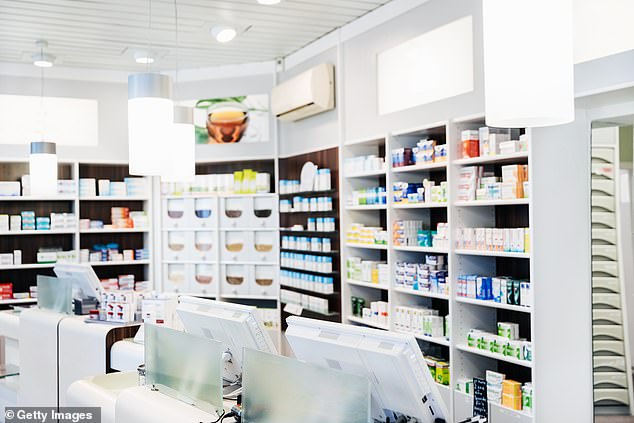 Wholesale prices for common drugs including steroids, migraine medication and indigestion treatments have rocketed in the last few months, say chemists, with some quadrupling or more. (Stock image)

Medicines affected include the steroid prednisolone, used to help control conditions like asthma and rheumatoid arthritis; various antibiotics; drugs for people with mental health problems, zolmitriptan for migraine and cluster headaches; and even sildenafil, the unbranded form of Viagra.

A 30-pack of prednisolone now costs just under £60 wholesale – but pharmacists get just £13.88 to dispense it. Similarly, 60 tablets of the anti-psychotic amisulpride now costs them about £34, but the reimbursement rate is £7.37.

Ian Strachan, who runs four chemists in North West England, said he was having to ask asthma patients – who can need prednisolone to control attacks – to hunt around other pharmacies for it, as his stock was so limited.

He said: ‘We are having to say, “Try two or three other pharmacies and see if they have any. If they don’t, then come back and we’ll see what we can do”.’ 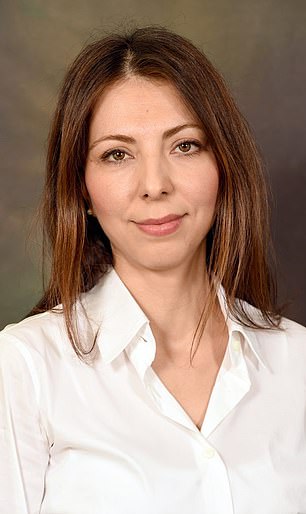 Dr Leyla Hannbeck (pictured), chief executive of the Association of Multiple Independent Pharmacies, said they had long known steep price rises were on the cards

They are splitting packs into strips of five so they can help more patients.

While chemists are obliged to make sure they stock the right medicines, he said the current situation was ‘absolute madness’ financially, adding: ‘You wouldn’t expect a restaurant to make a pizza with £19 worth of ingredients, and sell it for £4.’

Pharmacists are now losing money on more than 100 different drugs.

Dr Hannbeck said they had long known steep price rises were on the cards, but lamented: ‘It’s just like it was with HRT shortages earlier in the year – nobody in the Department of Health is listening.’

Pleas for officials to convene a meeting with pharmacists, wholesalers and drugs manufacturers had ‘fallen on deaf ears’, she said.

Sometimes the health department temporarily raises the tariffs they pay pharmacists for certain drugs, in what is called the ‘concession’ system.

However, officials will be reluctant to agree to large increases for so many drugs, as this would end up costing taxpayers dearly.

Drugs makers say shortages in the raw materials needed to make medicines, and the energy crisis, have forced up production costs. 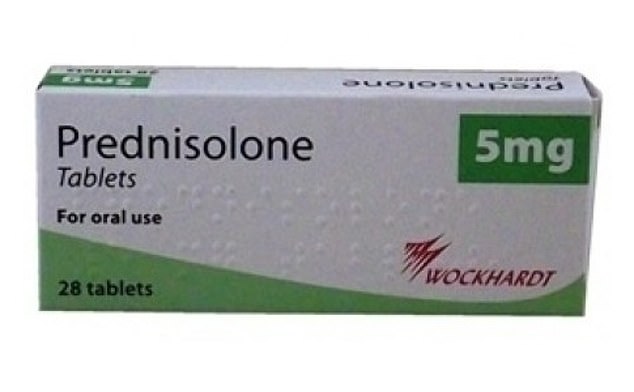 A 30-pack of prednisolone now costs just under £60 wholesale – but pharmacists get just £13.88 to dispense it

But there are suspicions that both makers and wholesalers are using inflation as an excuse to hike prices and artificially boost profits.

A Department of Health and Social Care spokesman said: ‘Community pharmacies play a crucial role in supporting patients across the country and we are taking action to support them – including investing almost £2.6 billion a year into the sector as well as an additional £100 million in September to ease pressures and support contractors.

‘The UK has some of the cheapest unbranded medicines in Europe and we work closely with industry, the NHS and others to make sure patients can access the medicines they need.

‘We are working with the Pharmaceutical Services Negotiating Committee at pace to review the concessionary price arrangement to see how it can be improved.’