Washington: During the US election campaign, Donald Trump and his Republican allies tried to paint Joe Biden as soft on China, nicknaming the Democratic nominee “Beijing Biden”.

But since coming into office, Biden and his top foreign affairs officials have made it clear they will take a hard-nosed, sceptical approach to Beijing – while leaving room for co-operation on issues such as climate change.

A central player in the Biden administration’s China strategy will be Kurt Campbell, who has been nicknamed the administration’s “Asia policy tsar”. It just so happens he is an especially close friend of Australia.

The 63-year-old’s official title is Biden’s Indo-Pacific Co-ordinator. Campbell’s specially created role, which sits within the National Security Council, is the culmination of decades of foreign policy experience in the US capital.

Raised in Fresno, California, Campbell has an eclectic background. He studied violin and political philosophy at the University of Yerevan in Soviet Armenia before serving as a naval officer in Japan and a stringer in Africa for The New York Times Magazine. 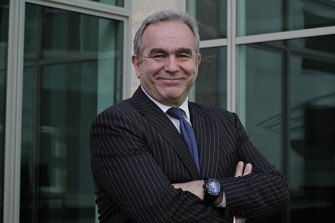 Campbell’s resume stands out for the way his career has ranged across the economic, defence and diplomatic policy realms. During the Clinton administration, he worked at the Treasury Department and served as an adviser on the North American Free Trade Agreement.

After joining the Department of Defence in the mid-90s he was asked to focus on Asia, a region he had previously given little thought to. He has since described it as the moment he realised why he was born.

“At that moment when I was introduced to Asia my life completely changed and I have been obsessed, focused, engaged in all the debates in Asia now for nearly 30 years,” he said on a Lowy Institute for International Policy podcast last year.

In the Obama administration Campbell served as secretary of state Hillary Clinton’s top official for Asia and was the architect of the “pivot to Asia” policy. This helped him develop a reputation as “Mr Asia in Washington”, in the words of the Lowy Institute’s Michael Fullilove.

Campbell’s appointment in the Biden administration was greeted not so much with a sigh of relief as a yelp of excitement by governments across the Indo-Pacific. As intended, it helped dispel any fears that the US would turn away from Asia in favour of rebuilding relationships in Europe.

No other country was more pleased with Campbell’s appointment than Australia. In Washington there is a lot of goodwill towards Australia but even foreign policy wonks do not necessarily grasp the country’s nuances. Campbell is an exception to that rule: he understands not only Australia’s geopolitical significance but is well-versed in its domestic politics.

In his Obama-era confirmation hearings, Campbell singled out Australia as a crucial US ally, saying: “We work with Australia on almost every issue, and we are thankful for Australia’s stalwart friendship, support and counsel.”

In 2013 the Abbott government made him an honorary officer in the Order of Australia (AO) in recognition of his services to the Australia-US relationship.

Why is he in the news?

It’s been a busy period in US diplomacy over the past fortnight, with the focus squarely on the Indo-Pacific. Last week Joe Biden held his first multilateral meeting since being inaugurated with his fellow leaders from the “Quad” group of nations: Australia, Japan and India. 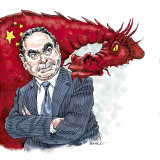 Secretary of State Antony Blinken then travelled to Japan and South Korea for his first overseas trips since being appointed. Then on Friday (AEDT) Blinken and Biden’s National Security Advisor Jake Sullivan kicked off a two-day summit with their Chinese counterparts in Anchorage, Alaska.

In the lead-up to the Alaska meeting, the Biden administration said that China’s economic coercion of allies like Australia would feature on a “litany” of complaints they would raise with their counterparts.

In an interview with The Sydney Morning Herald and The Age this week Campbell raised the stakes even further by declaring that any normalisation of US-China relations will depend on Beijing backing down from its pressure campaign against Australia.

“We have made clear that the US is not prepared to improve relations in a bilateral and separate context at the same time that a close and dear ally is being subjected to a form of economic coercion,” Campbell said.

“So we’ve indicated both to Australia and China at the highest levels that we are fully aware of what’s going on and we are not prepared to take substantial steps to improve relations until those policies are addressed and a more normal interplay between Canberra and Beijing is established.”

Why does this matter?

These were Campbell’s most significant on-the-record statements since being appointed to his position in January. They show that the Biden administration intends to adopt a tough approach to China – not only on its own behalf but those of close allies such as Australia. After all, it’s one thing for the US to be concerned about the theft of US intellectual property or the offshoring of American manufacturing jobs. It’s another altogether to make tariffs on Australian wine and barley a central issue in the future of the US-China bilateral relationship.

That’s not to say Campbell is starry-eyed about what can be achieved in terms of changing Beijing’s behaviour.

“The United States has always had an outsize sense of its ability to determine China’s course,” he wrote in an influential 2018 Foreign Affairs piece with Ely Ratner, now a senior official in Biden’s Pentagon. “Again and again, its ambitions have come up short.”