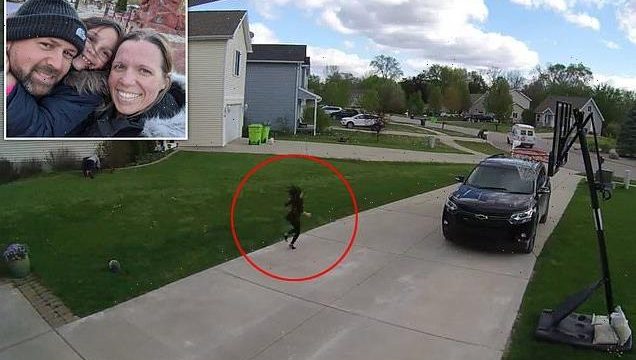 A six-year-old schoolgirl has been compared to the Terminator after being caught on camera sprinting out of her house and down the road after an ice cream van.

Grace Hill had just returned home with her mum Crystal, 37, and older sister Bailey, ten, when she heard the nearby chimes of the truck.

Concerned she was going to miss out on her favourite treat, home security footage captured the hilarious moment the sweet-toothed youngster bolted out of her front door in Michigan, on May 5.

Wearing only socks on her feet the lightning-fast Grace reached the end of her driveway and was hitting the bend in the road within four seconds.

In another matter of seconds, the shoeless six-year-old had caught up with the truck further down the street where she was able to pick up her favourite Oreo ice cream.

The clip quickly went viral with tens of thousands of views as users compared Grace to the T-1000 robot from Terminator 2 – claiming the ice cream van was ‘John Connor’.

Software engineer Travis said: ‘Grace is always concerned that she will miss out on the ice cream truck.

‘She busted out the door before her mom had a chance to react, and quickly followed after with the money.

‘Crystal thought it would look funny on our camera, but didn’t realise just how funny. When she showed me when I got home, we couldn’t stop laughing about it. 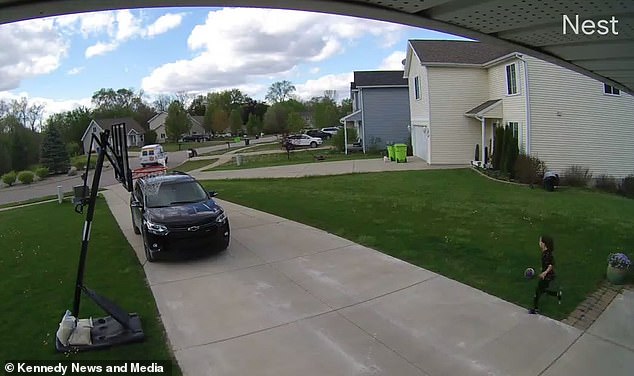 Grace Hill, six, had just returned home with her mum Crystal, 37, and older sister Bailey, ten, when she heard the nearby chimes of the truck and bolted it outside (bottom right) 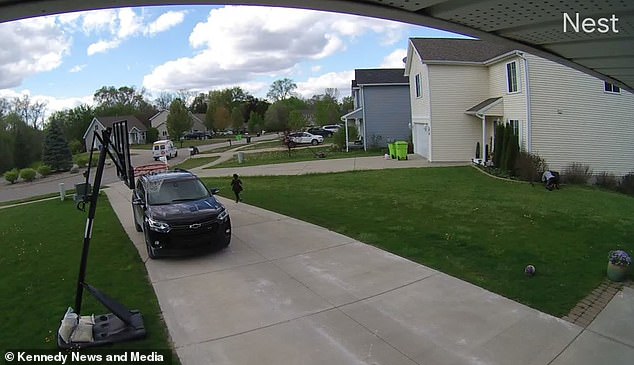 Within four seconds of being out of the house, lightning-fast Grace had already reached the end of her driveway and was hitting the bend in the road 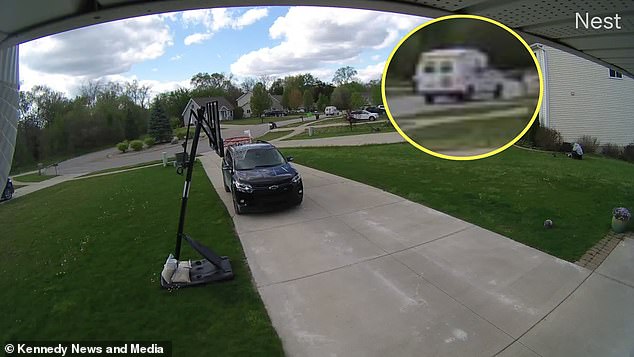 In another matter of seconds, the six-year-old had caught up with the truck

‘Grace loves ice cream, but there is something special about the ice cream truck in particular. She can’t stand the thought of missing it.

‘She has run after it before, but never with that amount of vigour. I have never seen her run that fast in my life. I was very impressed with her form.

‘She will sometimes ask to get out of the car at the end of our road and race the car home, and even then, she has never run like that. 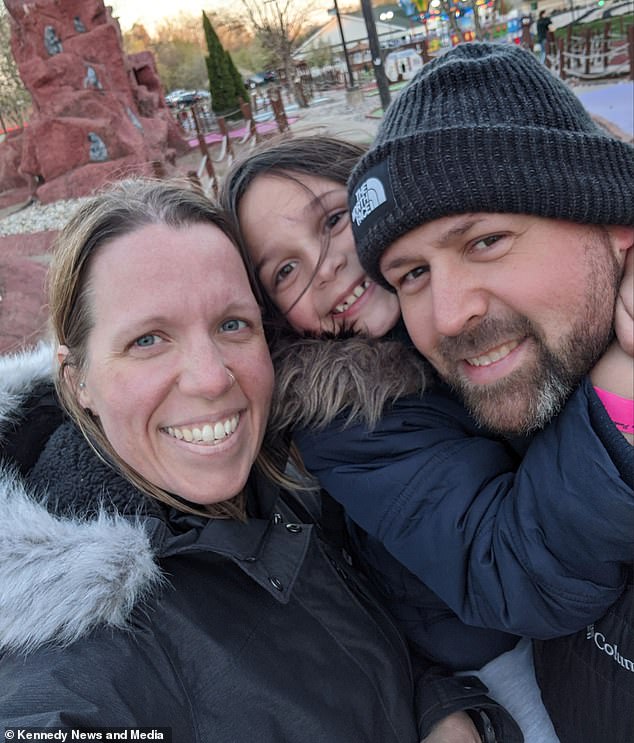 ‘Grace wasn’t very happy when we first saved the clip because she thought we were teasing her, but she loves the funny comments.

‘We haven’t been able to keep up with them all, but she’s been compared to the T-1000 running after John Connor and a future track star. She’s loved it.’

The footage has had more than 80,000 upvotes on Reddit and commenters have been quick to compare Grace to the T-1000 robot from Terminator 2: Judgment Day or that someone had given her Captain America’s super serum. 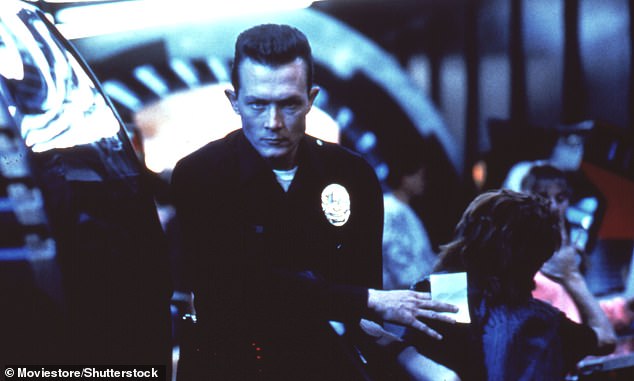 One commenter said: ‘She sprints like she’s a Terminator and John Connor is driving that ice cream truck.’

Another person wrote: ‘Get that girl into track, just make sure there is an ice cream truck at the finish line.’

One commenter said: ‘Might be cheating looks like someone gave her super soldier serum. She reminds me of the foot chase in Captain America: The Winter Solder.’