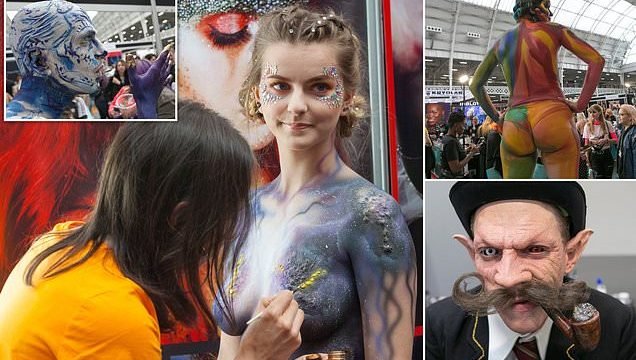 Battle of the brushes! Models bare all as they take to the catwalk in weird and wonderful face paint for colourful ‘Misfits’ themed make-up competition

Thousands of make-up artists, models and exhibitors descended on the International Make-Up Artist Trade Show in London this weekend to show off the best the industry has to offer.

The event is described as the largest celebration of make-up artistry in the world and took place in Olympia in the capital.

Make-up pros from the fashion and film industries, including Oscar, BAFTA, and Saturn award winners took part in the showcase, sharing demonstrations and tips.

The trade show also features a Make-up Museum and the Battle of the Brushes student make-up competitions, where international make-up students compete against each other to create breathtaking looks.

The theme for this year’s event is Misfits, with organisers describing it as an ‘interpretive theme’, which relies on the contestant’s imagination.

Several artist’s took the brief to heart, unveiling a range of incredible looks at the trade show, with models parading their designs in front of judges. 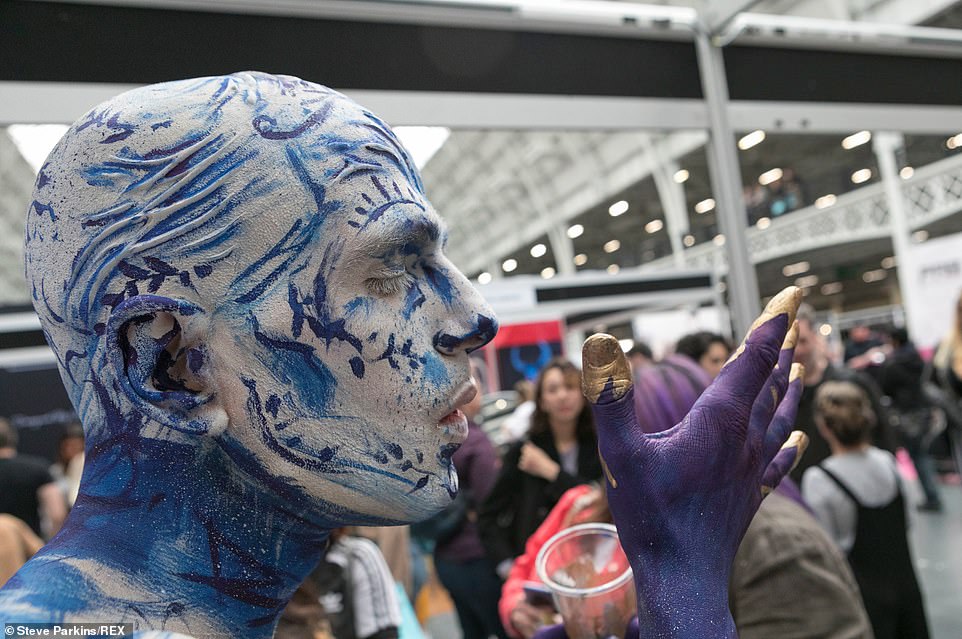 The theme for this year’s International Make-Up Artist Trade Show in London had a Misfits theme, attracting a range of incredible looks. Here, a model with blue and white paint all over him blows on his fingers to dry the paint 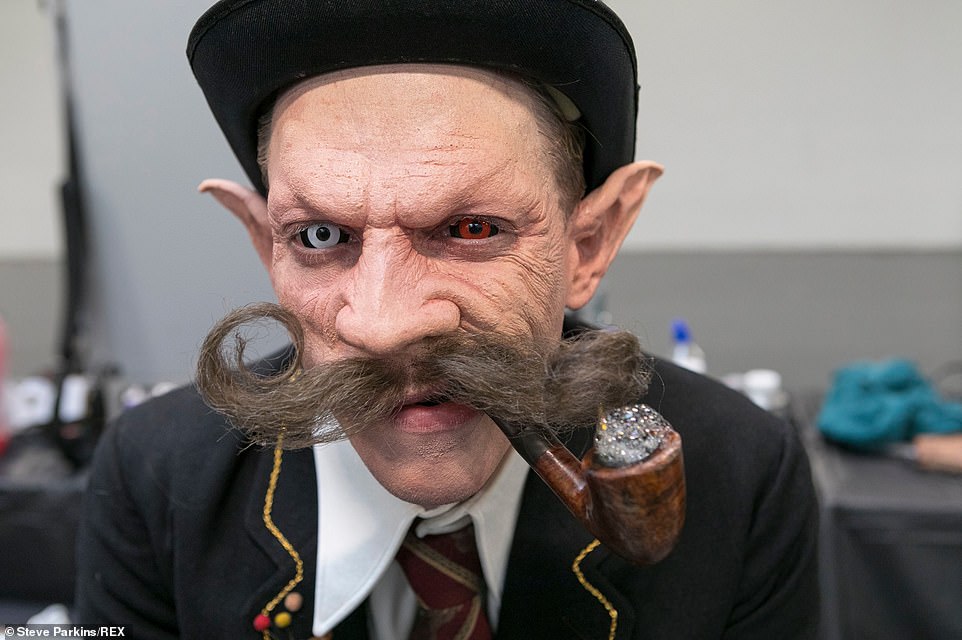 Organisers described this year’s theme as an ‘interpretive’ one which relies on the contestant’s imagination. The make-up stars of tomorrow faced off in the Character and Prosthetic student make-up competition 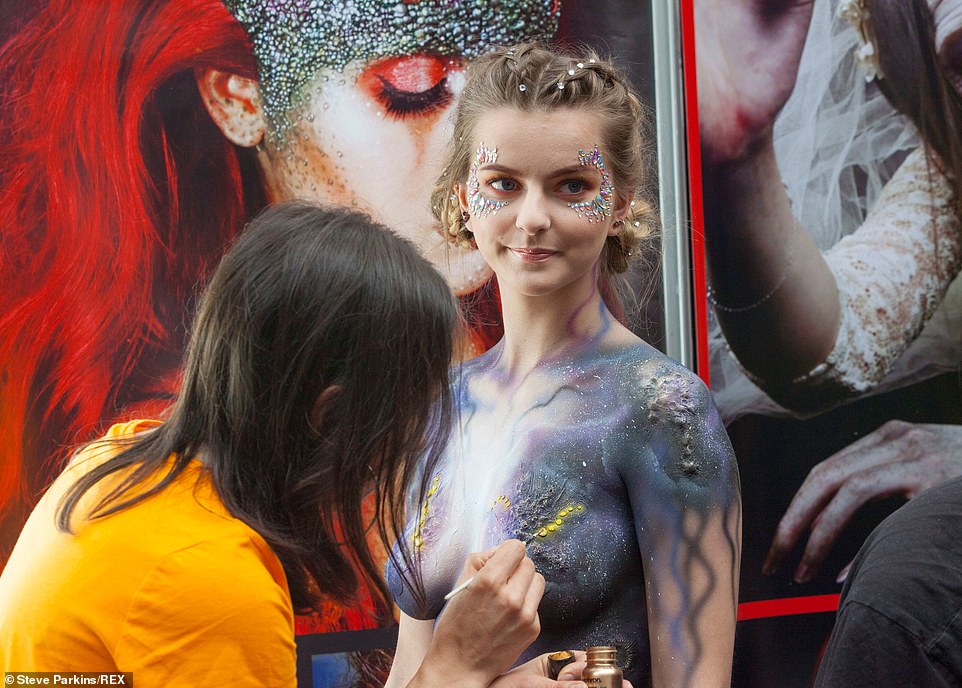 Some of the best make-up pros attended the trade show, where models parade the final make-up creations on the catwalk before the judges 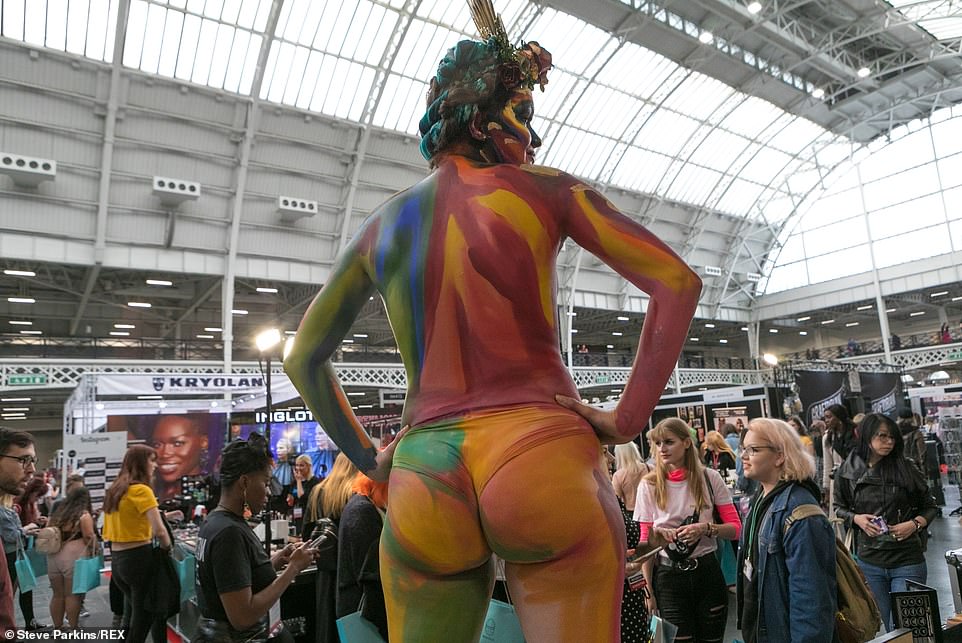 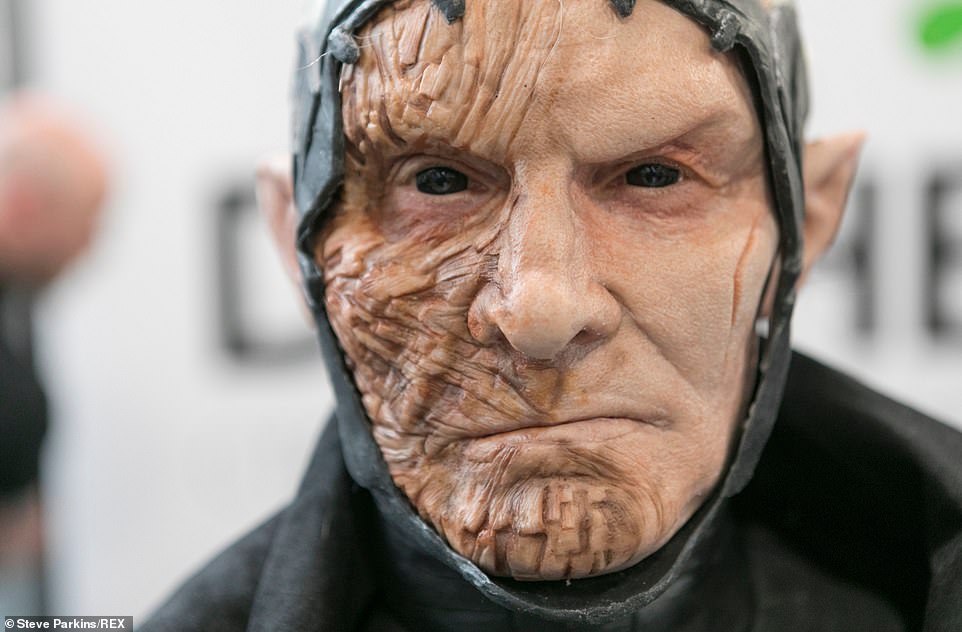 Make-up pros from the fashion and film industries, including Oscar, BAFTA, and Saturn award winners took part in the showcase 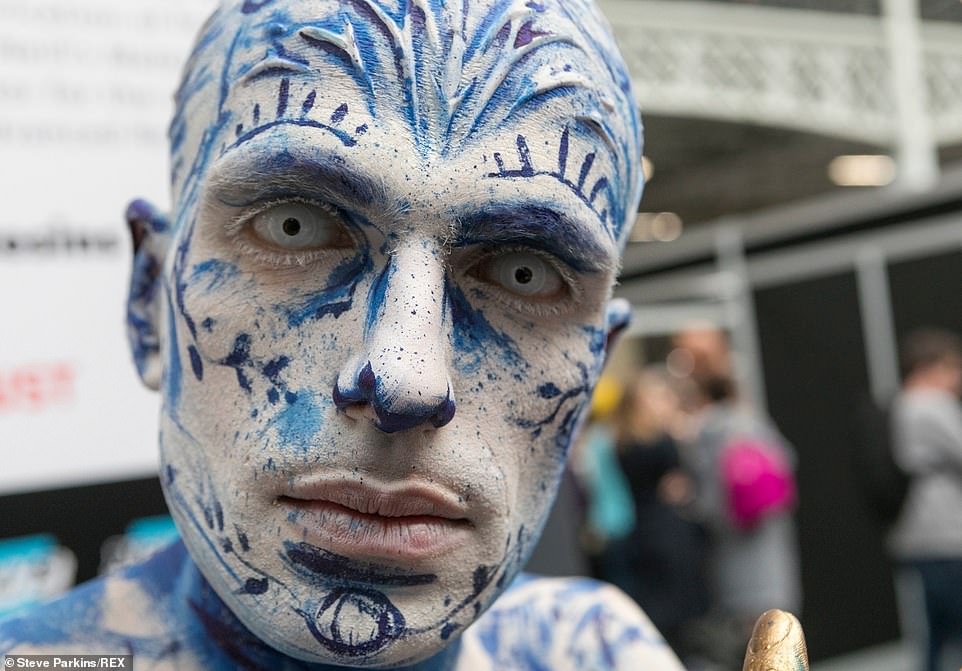 With the contestant’s imagination being key to this year’s contest, the make-up students unveiled a range of breathtaking entries 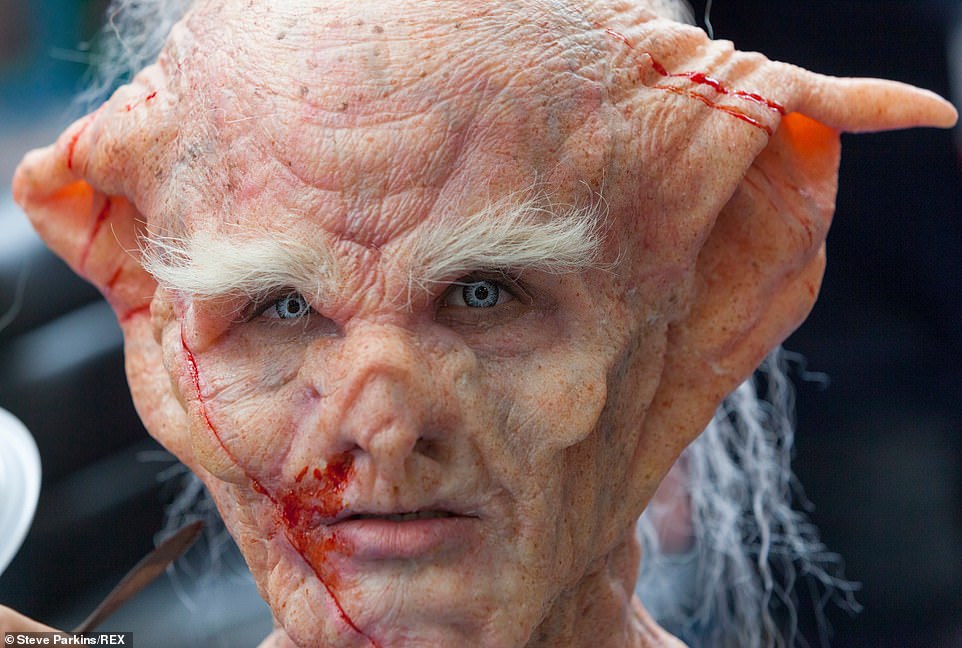 They competed to outdo each other and earn the judge’s approval, using make-up and prosthetics to create their entries 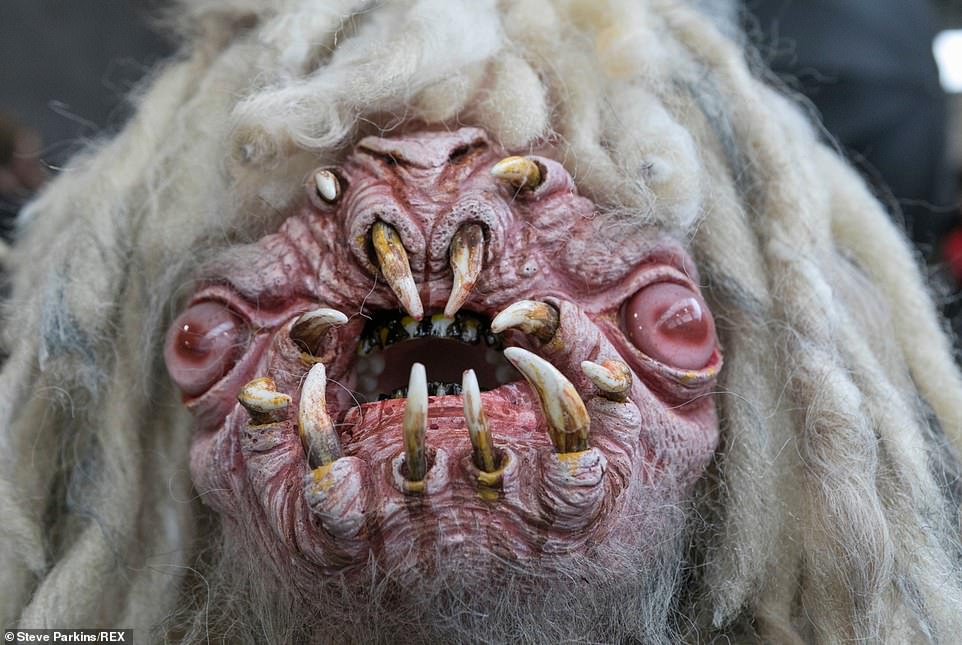 Some of the final designs were scarcely believable, including this monstrous entry that was modeled at this year’s competition 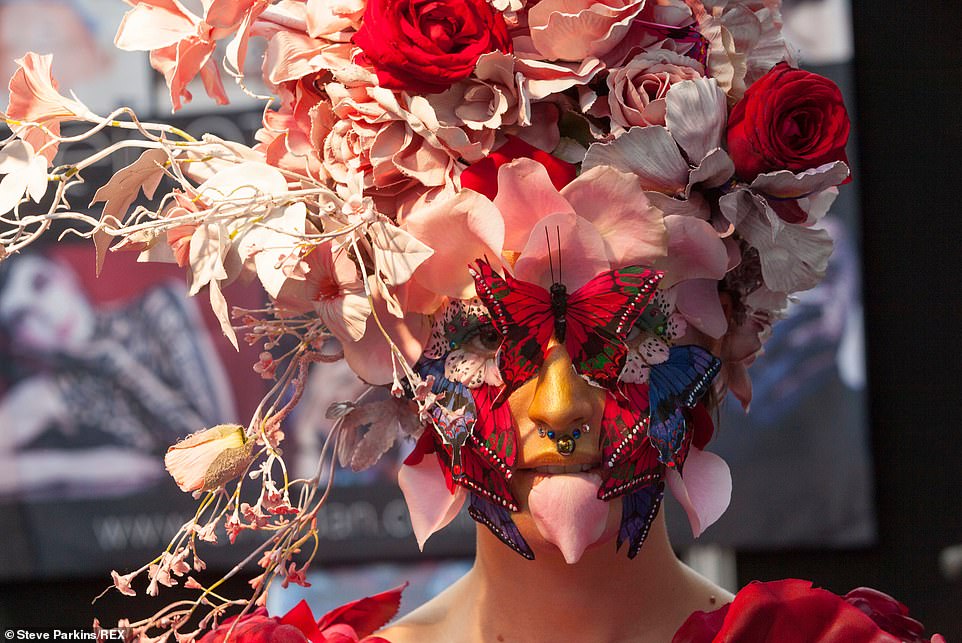 New products were also on show during the showcase, with many artists using the prestigious event to debut some of their new items 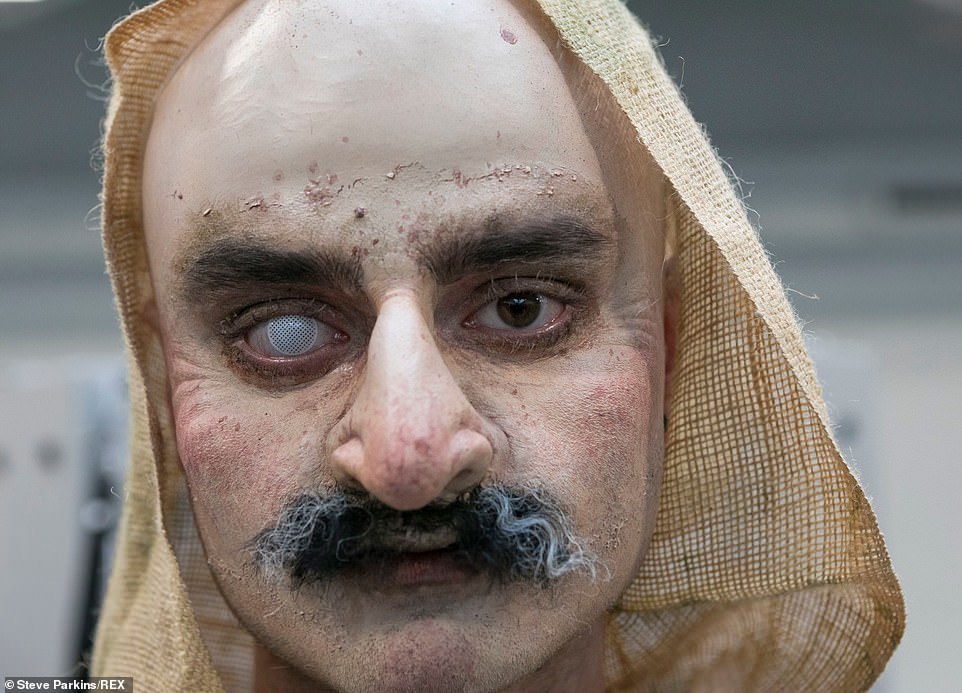 Elaborating on the theme, organisers said a misfit is an outlier, which ‘may be precarious in nature, even malicious or perhaps mischievous’ 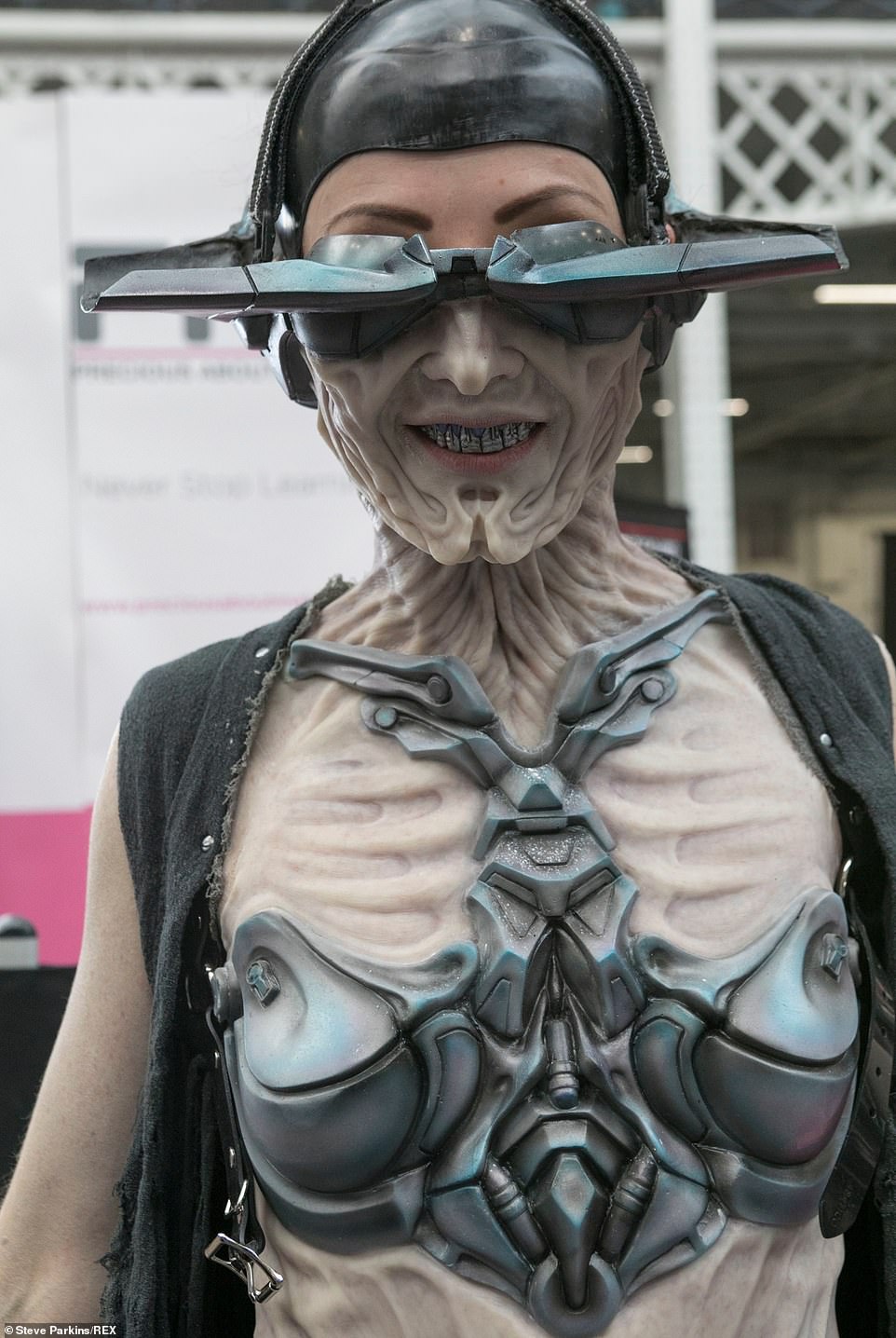 The make-up artists had several different interpretations on the theme, with some taking a more frightening approach, such as this unsettling entry 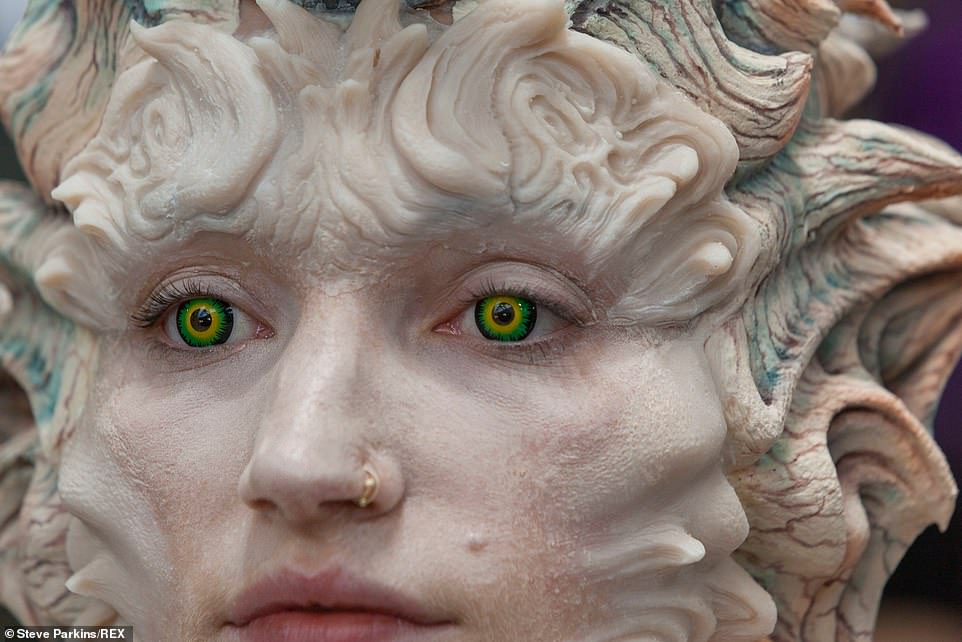 Others opted for a more ethereal design, such as this entry which shows a model staring into space with her eyes beautifully highlighted 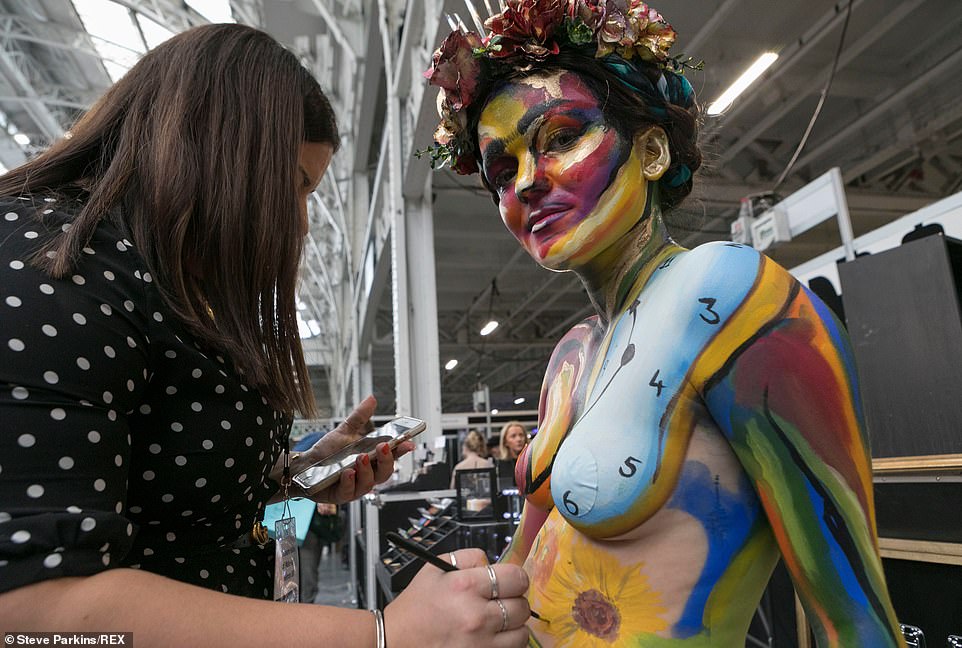 Here, a make-up artist looks at her design on her phone, taking great care to ensure that she accurately translates the look onto her model 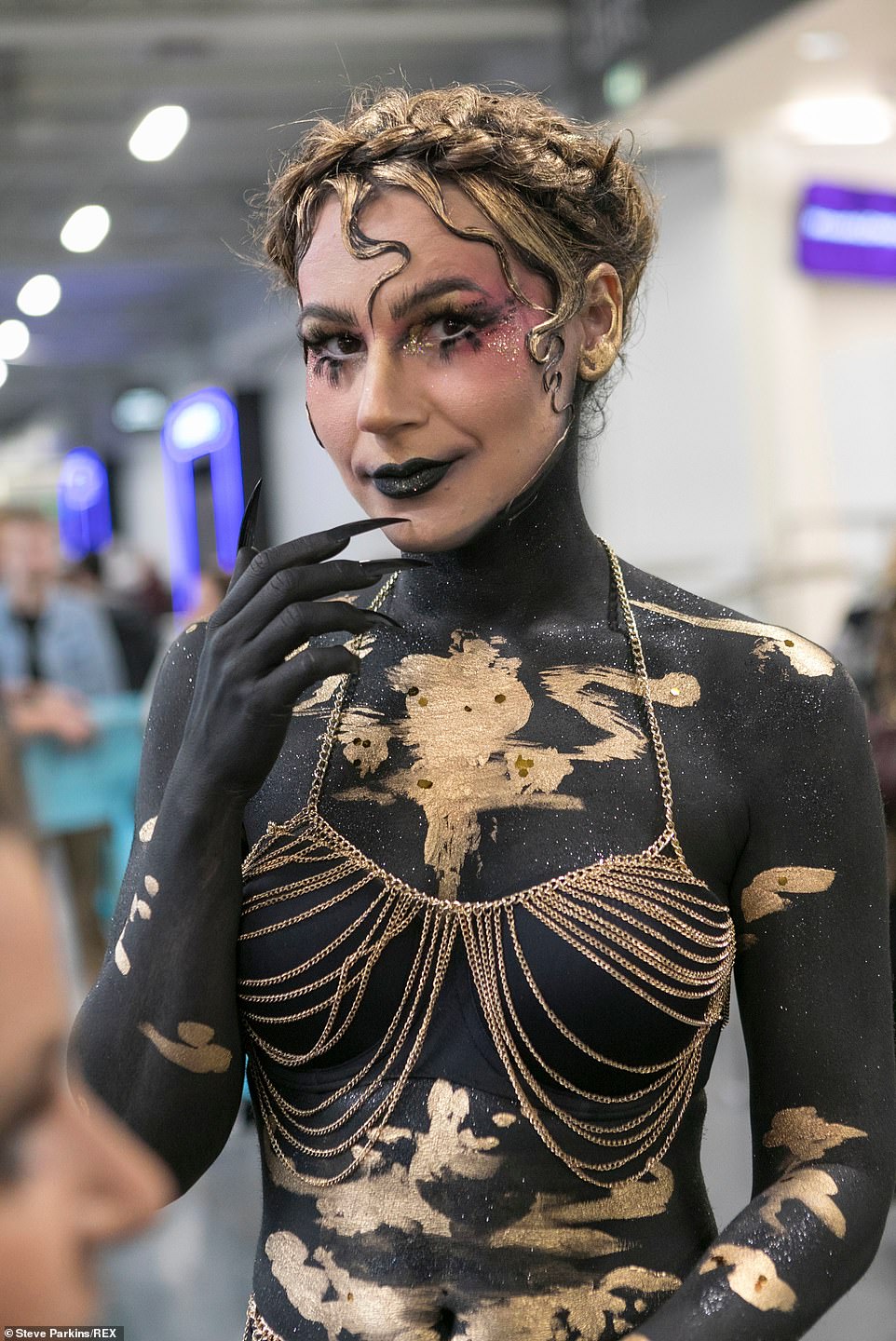 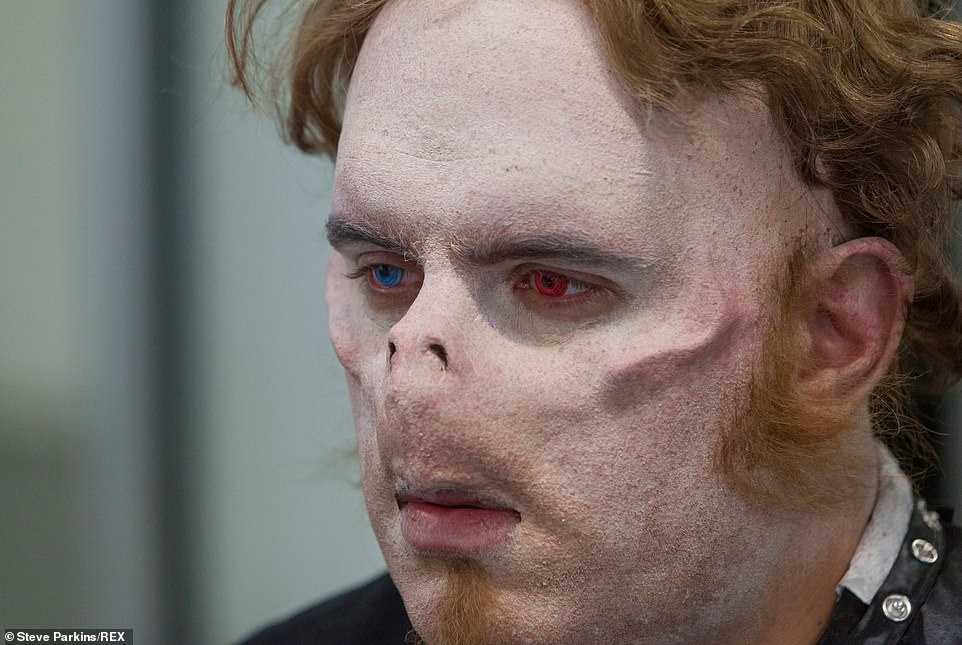 Organisers invited promising make-up artists to attend the event, highlighting a list of prosthetics they were allowed to use in the event 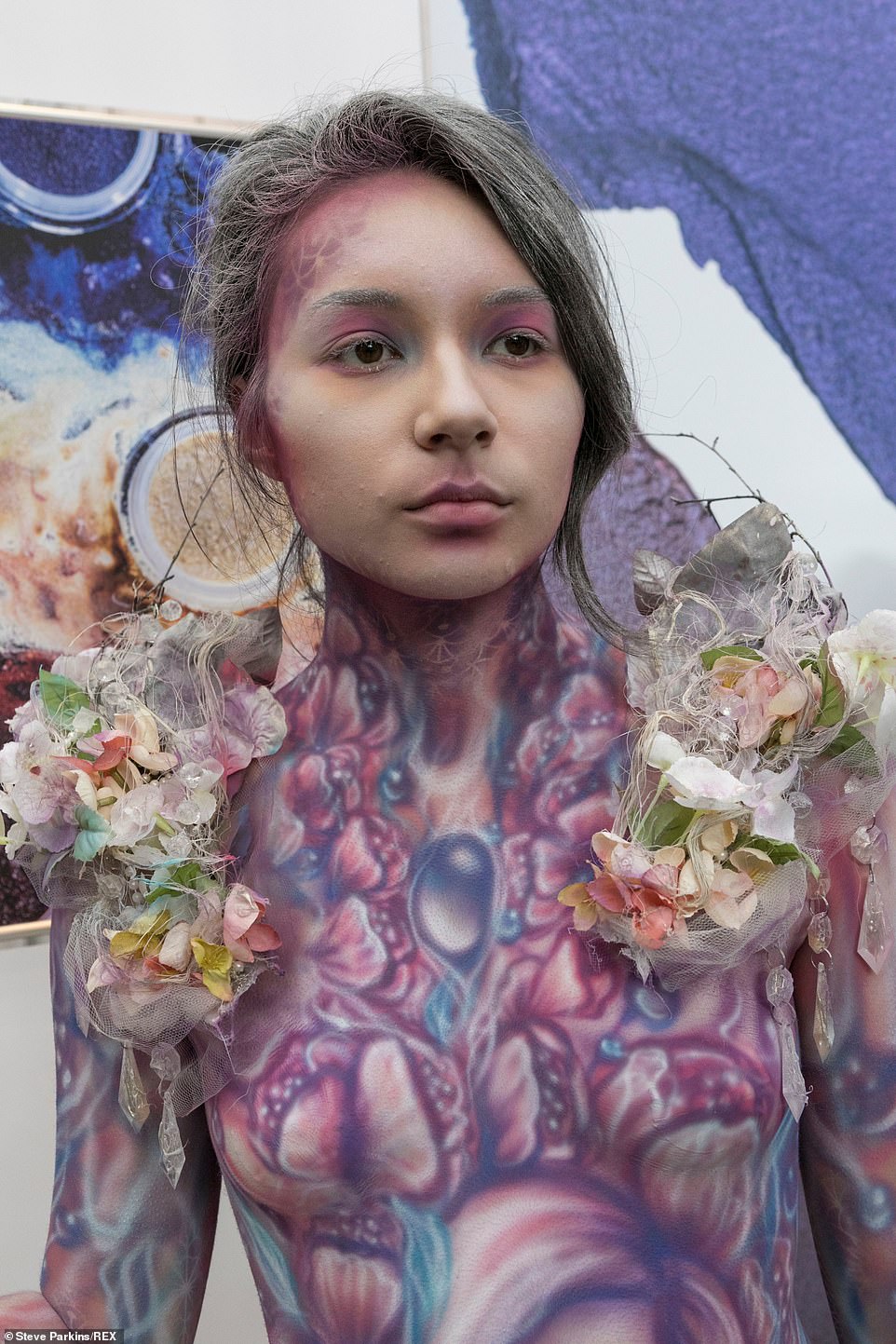 There was also a beauty category for artists to enter, with the theme being ‘Graffiti Glam’ and all models being women 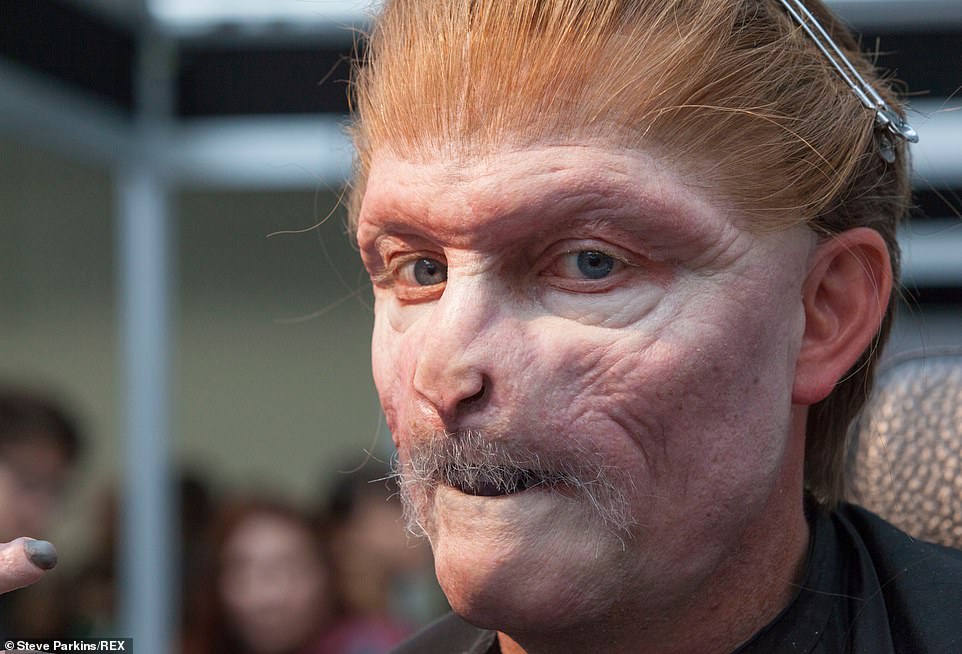 Competitors in the character/prosthetic category are given prosthetics on the morning of the competition, which they must incorporate into their designs