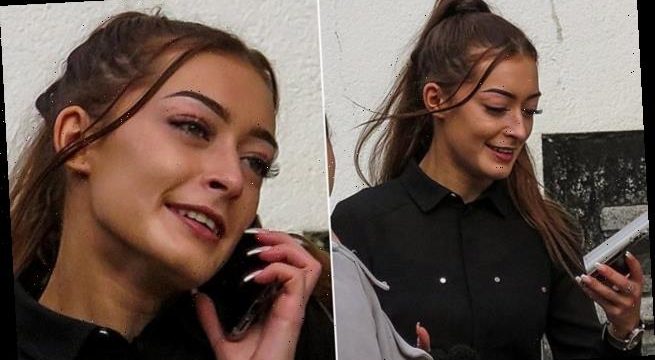 Judge spares female thug, 22, from jail after she spat at NHS nurse and kicked policewoman in the stomach because attack was ‘out of character’

A judge spared a female thug who spat at an NHS nurse and kicked a policewoman in the stomach from jail because the attack was ‘out of character’.

Lauren Statham, 22, assaulted two key workers as they treated her at Coventry’s University Hospital before then turning on an officer, who was called during the booze-fuelled attack.

Despite pleading guilty to three charges of common assault on emergency workers, Statham avoided jail when she was sentenced at Warwick Crown Court yesterday.

She was pictured smiling outside court and chatting on the phone after being handed a 12-month prison sentence suspended for 18 months. 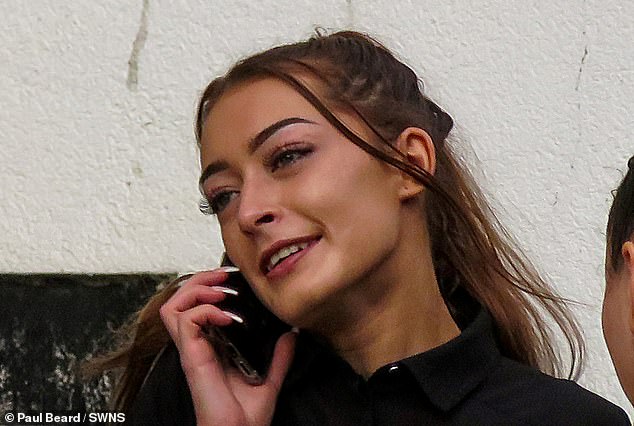 Lauren Statham, pictured, spat at an NHS nurse and kicked a policewoman in the stomach, but was spared from jail as a judge said it would ‘harden his heart’ to lock up a young woman

Statham, of Stoke, Coventry, was also ordered to do 80 hours of unpaid work and to take part in a rehabilitation activity.

Judge Peter Cooke admitted ‘I didn’t think I was going to be able to do this’ after it had ‘hardened my heart to lock up a young lady of 22’.

But he said he could justify the suspended sentence as he believed her behaviour was ‘out of character’ and she had turned to drink after being attacked by her boyfriend.

Sentencing, Judge Cooke said: ‘You will know that this legislation was enacted to protect people such as members of the NHS from attacks by members of the public.

‘You will also have told her that sometimes an apology is not enough to spare one from the consequences of one’s actions.

‘What has persuaded me more than the apology and more than the reference letters is the picture of her face and what he boyfriend had done to her.

‘I am willing to presume in her favour that this disgusting behaviour was something she engaged in while she was far from being herself because she had had a severe beating and had taken a huge amount to drink to cope with that.

‘I didn’t think I was going to be able to do this. I had hardened my heart to having to lock up a young lady of 22, because I couldn’t see what else I could do.

‘She has come as close as one possibly can to me saying only immediate custody is the appropriate sentence.

‘But I believe I can just deal with her without sending her down those stairs.

‘I’m accepting this was out of character for you, and that you are absolutely determined you will never behave in this manner again.’

Prosecutor Lucinda Wilmott-Lascelles said that in the early hours of July 11 Statham was seen by the police over an incident with her boyfriend.

She was intoxicated and had a number of facial injuries, so was taken to hospital for treatment.

As Statham, of Stoke, Coventry, was being treated after being left in a cubicle for some time, nursing sister Linda Phillips could hear her shouting aggressively. 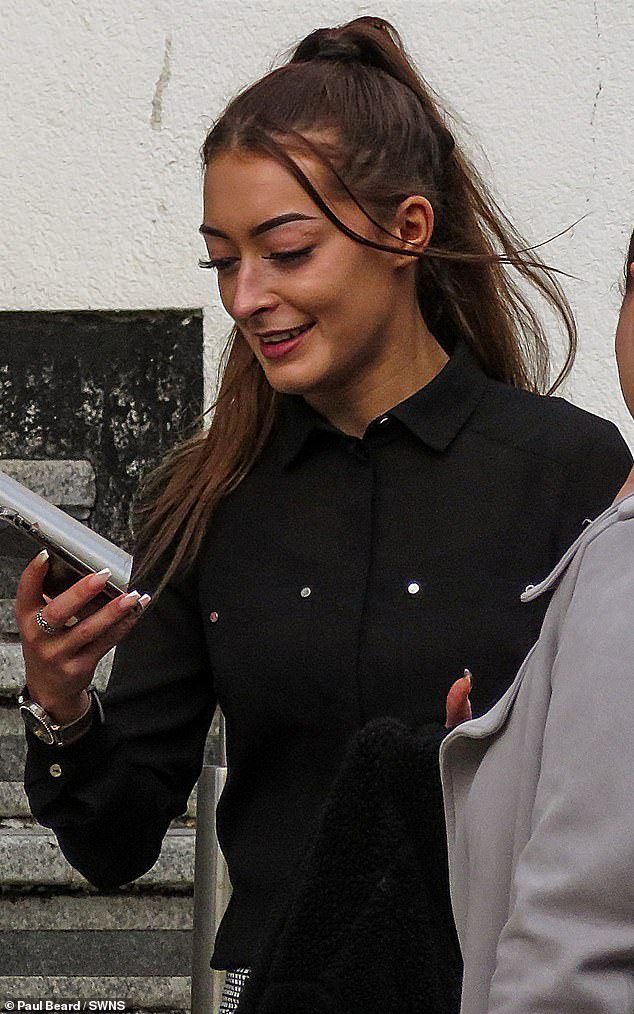 Ms Phillips went into the cubicle to try to calm her down, and was confronted by Statham who hurled abuse at her and continuing to act aggressively.

Statham then got onto the bed on all fours and began noisily hawking up phlegm before violently spitting it at Ms Phillips’s face.

Fortunately she was wearing a visor because of the Covid pandemic, and as she stepped back the spit landed on the visor and on her clothes.

Ms Phillips left the cubicle as nurse Ramiya Dudes-Staniscaus returned with a female police officer who told Statham not to spit – but she responded: ‘I’ll spit if I want to.’

So the officer, Pc Tricker, put a spit hood over her face, at which Statham became aggressive again.

Miss Wilmott-Lascelles said: ‘Suddenly the defendant kicked her with force in the stomach with both feet, knocking her back and she hit her back against the sink, causing pain.’

Nurse Dudes-Staniscaus was standing at the bottom of the bed, and Statham also kicked her to the stomach, knocking her back against the wall.

The court heard despite Statham’s violence towards them, the nursing staff continued to treat her until she was taken into custody.

When she was later interviewed Statham, who was of previous good character, said she was ‘ashamed and disgusted’ at her behaviour.

Ian Windridge, defending, said Statham had injuries inflicted in ‘a good beating’ by her then-partner, against whom she had since obtained a non-molestation order.

Mr Windridge said: ‘When she’s subjected to a beating at his hands, her recourse is to alcohol.’

She also sent a written apology for her behaviour saying: ‘I am mortified that I attacked you.

‘I ask you to accept my apology and accept my word that I will not do this to anyone ever again.’