THEY may be overcrowded, noisy and generally overpriced-but there's nothing our little ones love more than a soft play area.

Well if you've ever dreamt of letting your kids play to their heart's delight without ever having to leave the house, then one savvy mum-of-four might just have your answer. 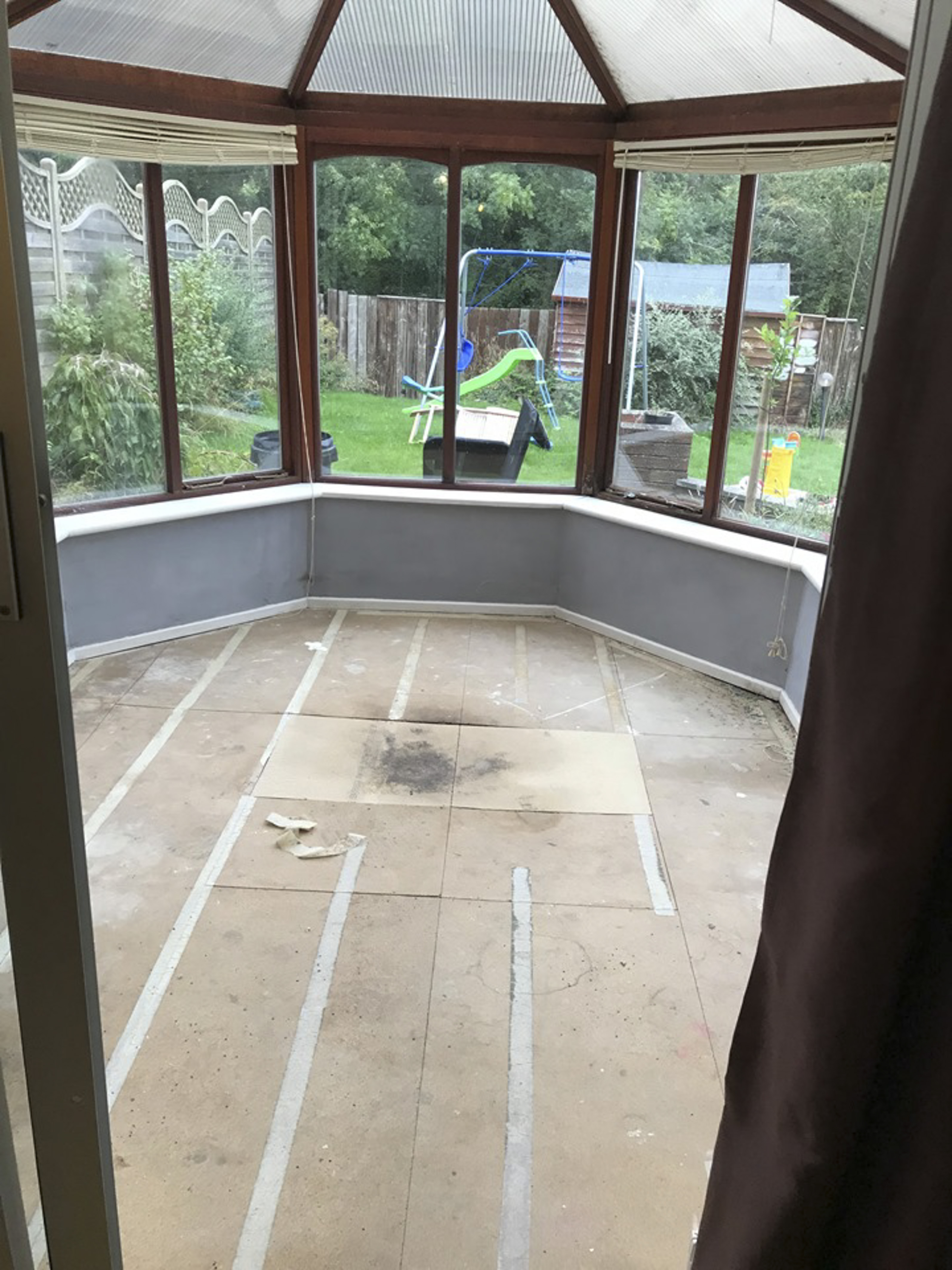 Sarah Balsdon, 29, and her husband Kyle completely renovated their bland conservatory and turned it into the soft play area of their four children's dreams for only £500.

And what's more, they kept their whole project a secret as a surprise for their children. Talk about #parentinggoals.

The thrifty mum stuck down foam tiles instead of floorboards and added stripey material to the ceiling to create the illusion of a circus tent.

After this, Sarah used superhero wallpaper to cover the areas underneath the windows in the conservatory and bought bargain soft play equipment online. 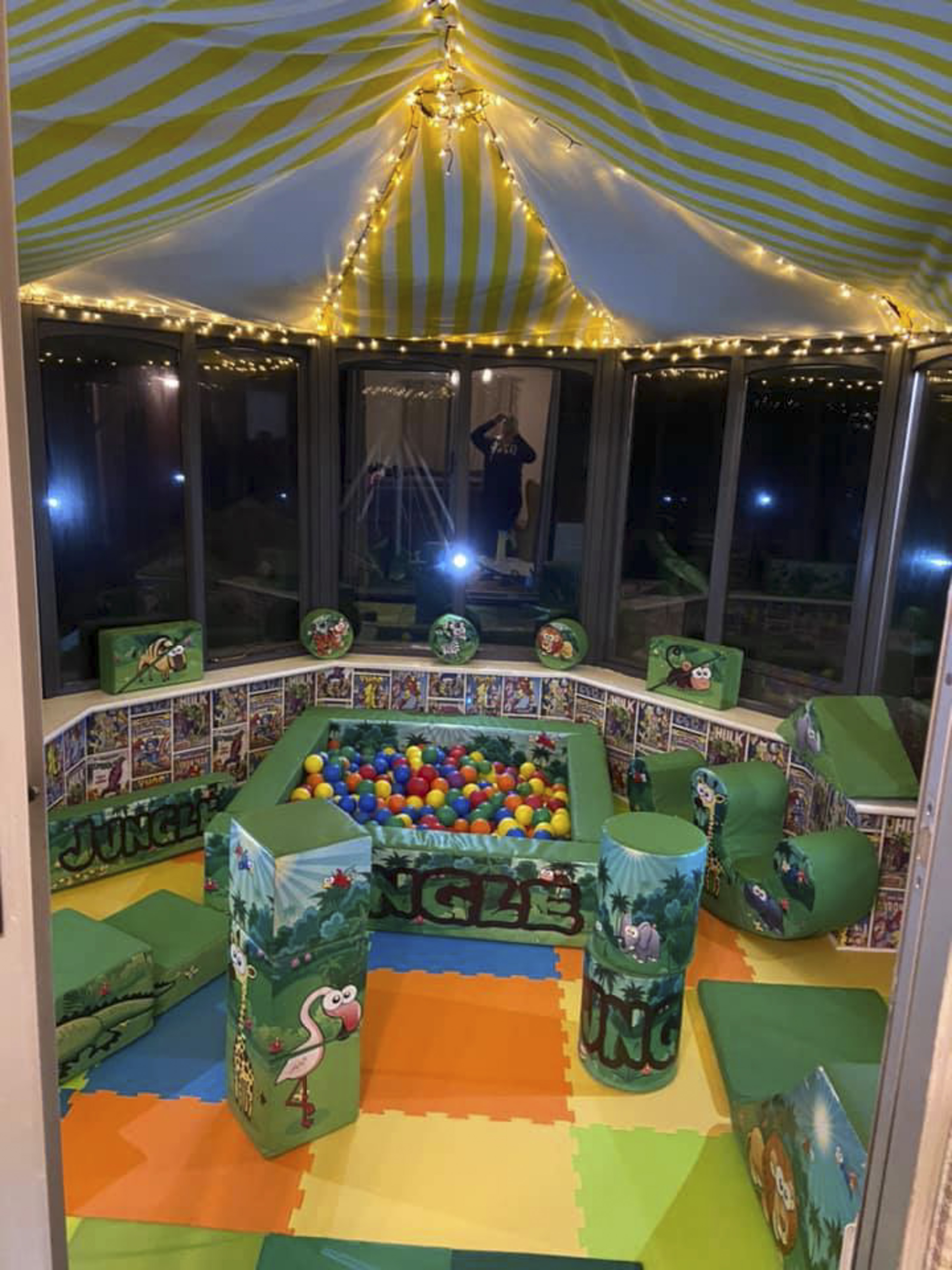 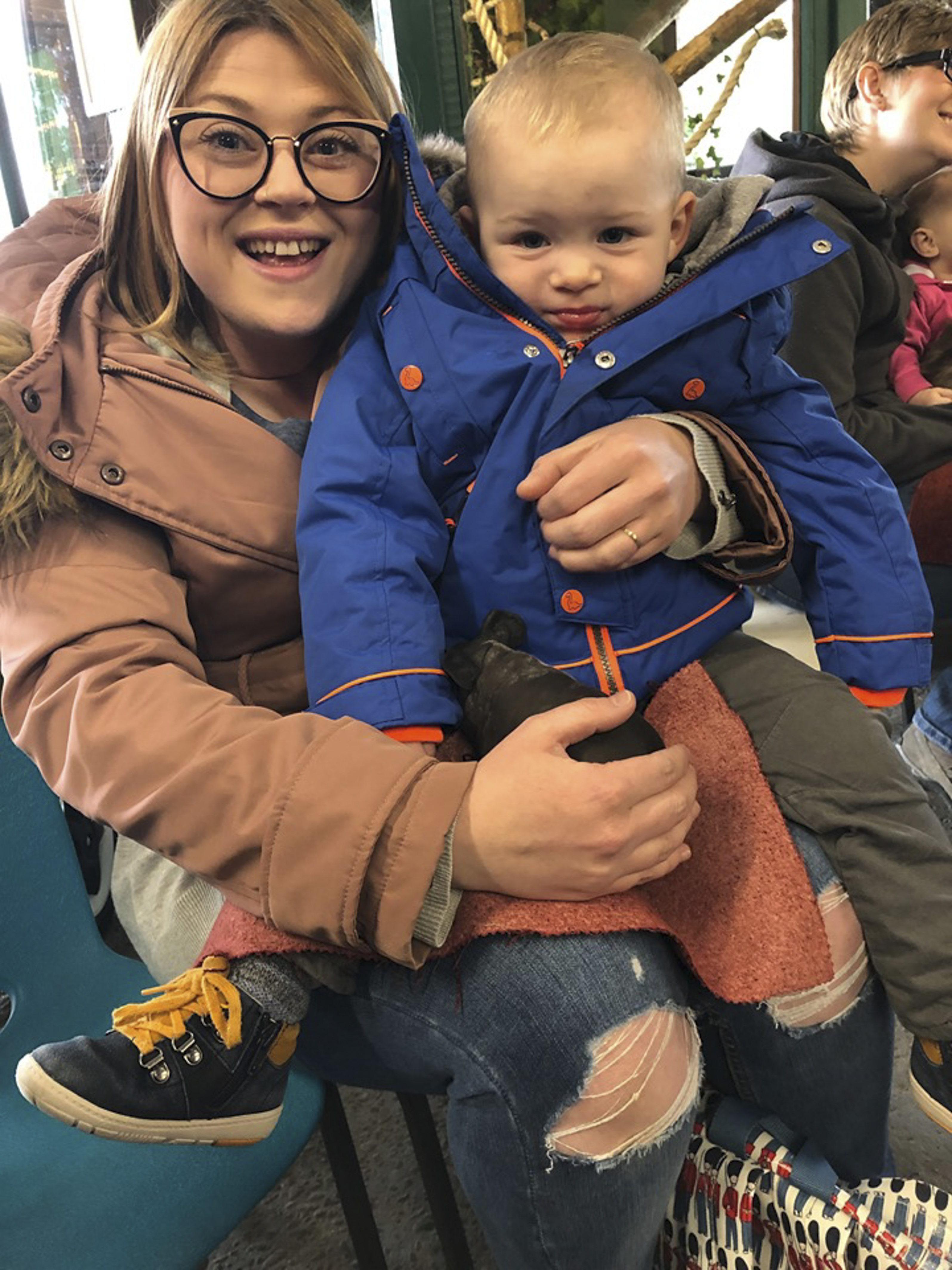 To cut costs even further, Sarah also bought some second hand balls for the ball put.

She said: "We recently moved house and will eventually be extending out the back so didn't want to spend too much.

"I wasn't sure what to do with the space and that's when I came up with the soft play idea."

Needless to say, Sarah's soft play has been a hit with her four children -nine-year-old Shannon, eight-year-old Lucy and five-year-old Jack and two-year-old Elijah. 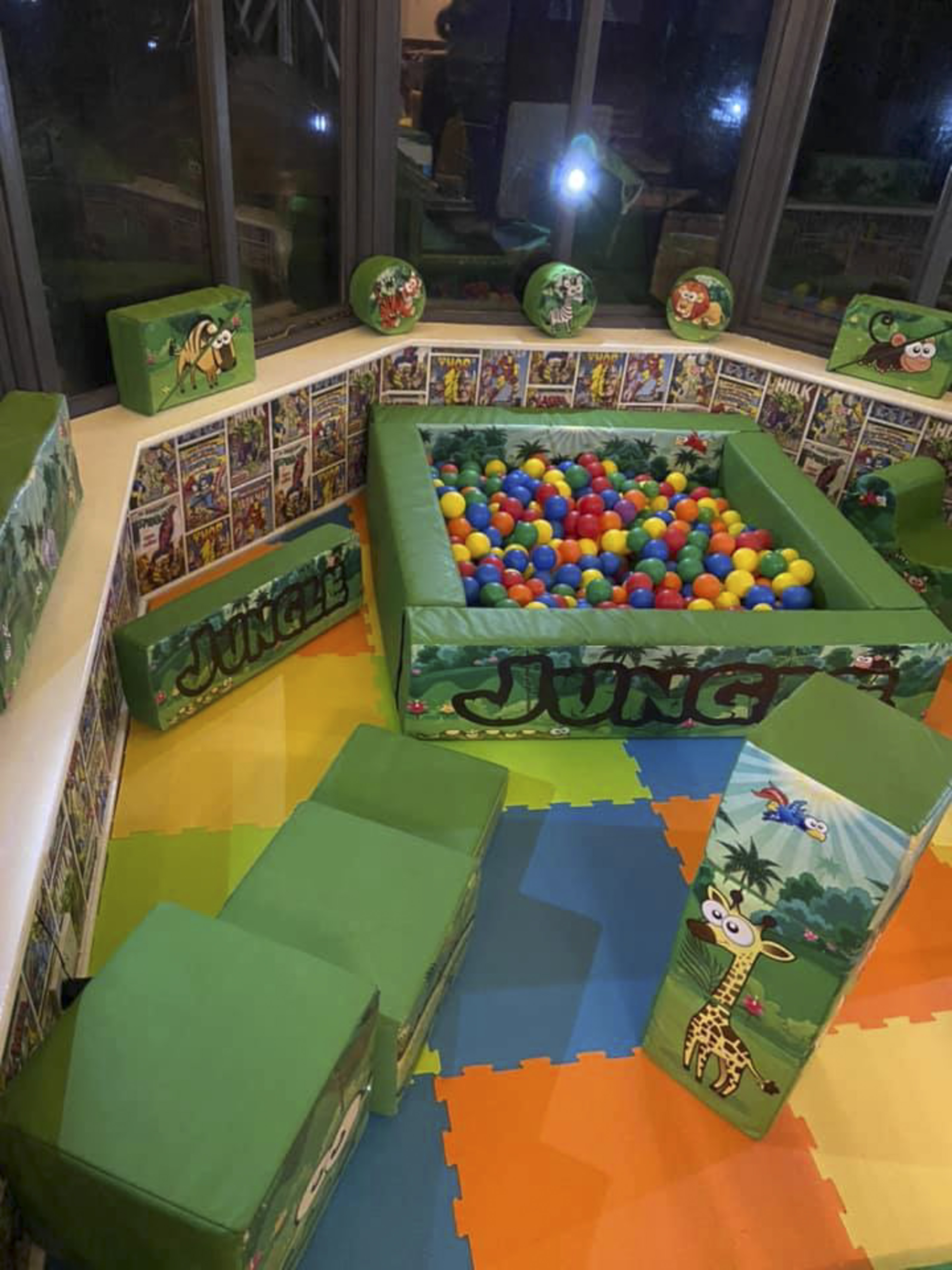 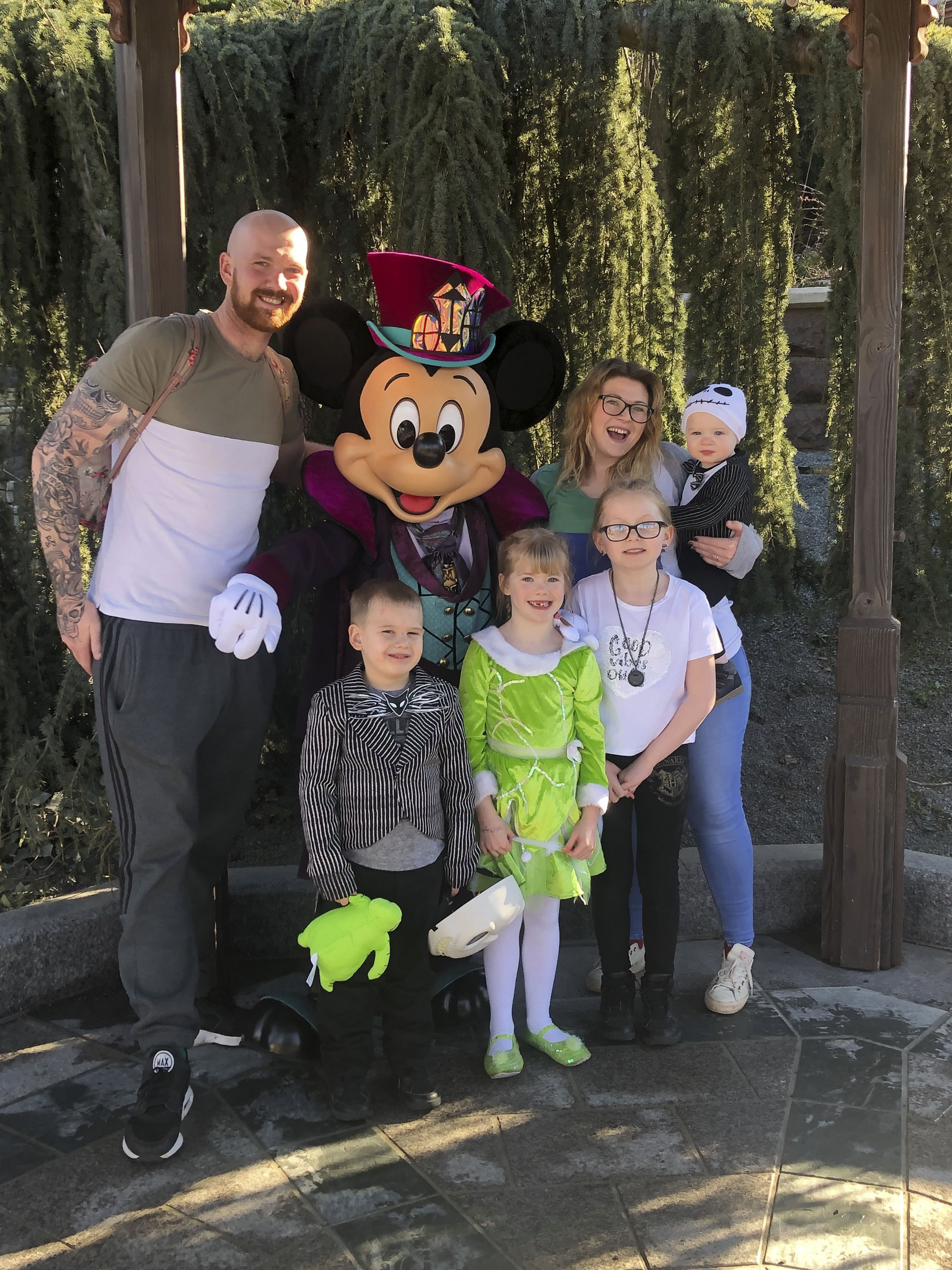 The mum continued: ""We have curtains leading out onto the conservatory and we kept them closed so we could surprise Elijah on his birthday.

"He was so excited and his little face was a picture.The first thing he did was dive in the ball pit and then go down the slide.

"It's nice as well because the other children are still at an age where they can enjoy it.

"It was actually really easy to do and has definitely earnt me some mum points."

For more purse-friendly home transformations, a thrifty mum has revealed she renovated her entire home for nearly NOTHING by bagging freebies.

And this mum created a Mrs Hinch-inspired kitchen using £28 Amazon sticky wrap after being quoted £7k for a renovation.

Plus this cleaner recreated her dream £5,000 kitchen for just £500 after spending hours trawling online stores for budget dupes.