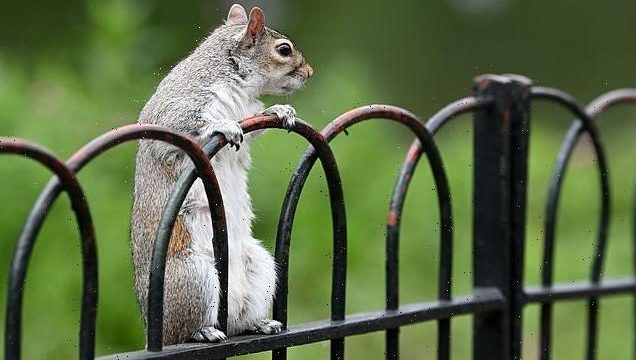 It’s a tale that Beatrix Potter would have struggled to illustrate.

Grey squirrels face being given contraceptive pills – covered in hazelnut paste – to keep their numbers down.

And to add insult to injury, the Government plans to reintroduce the near-extinct pine marten – their natural predator – as an even harsher method of population control.

Grey squirrels are considered a pest as they cause millions of pounds of damage to forests, and spread squirrel pox to the native red squirrel – of which Squirrel Nutkin in Miss Potter’s story was a much-loved example.

The details were released in the Department for Environment, Food and Rural Affairs’ Trees Action Plan 2021-2024 – part of a raft of measures launched this week by Environment Secretary George Eustice. 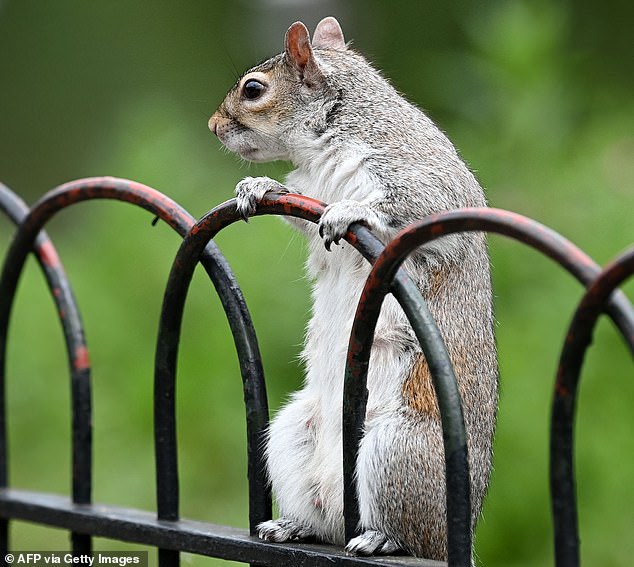 Grey squirrels, such as the one above, could face being given contraceptive pills as part of a new environmental plan backed by the Government

It states: ‘Grey squirrels are estimated to cost the economy £37million per year in negative impacts to our trees and woodland, limiting the ability of some woodland owners to grow good quality native trees, whilst impacting our red squirrel populations.

Hunting and loss of woodlands over the last two centuries had resulted in near extinction of the pine marten in England, but in 2020, the animals were reintroduced to the Forest of Dean, in Gloucestershire. 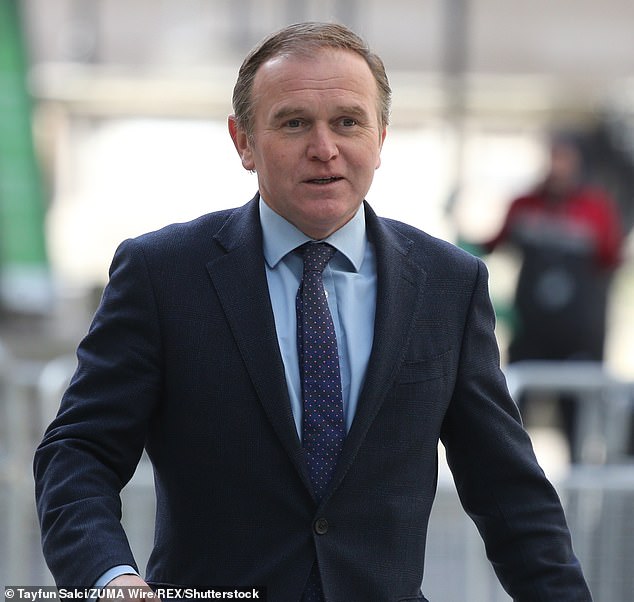 The UK Squirrel Accord has said that its five-year research project on squirrel contraception will end in September 2023 ‘and hopes are high that this innovative work will provide an effective, less labour intensive, non-lethal method for managing grey squirrels’.

UKSA said it had tested a hazelnut paste bait for the pills, and dispensers which kept out all but the biggest red squirrels.

Research by Queens University Belfast in a separate study has found that pine martens, created a ‘landscape of fear’ for grey squirrels, driving them away from territory where the pine martens live.