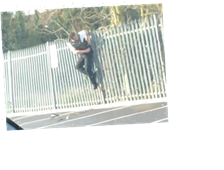 THIS viral clip shows a helpless 'cop' stuck to a spiked fence in a car park – but viewers can't work out if it's real.

The man's clothing is caught on the fence, leaving him dangling from a height while he apparently struggles to free himself. 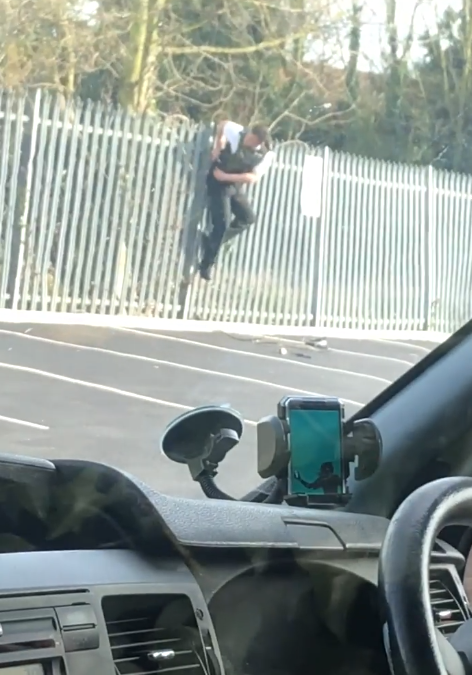 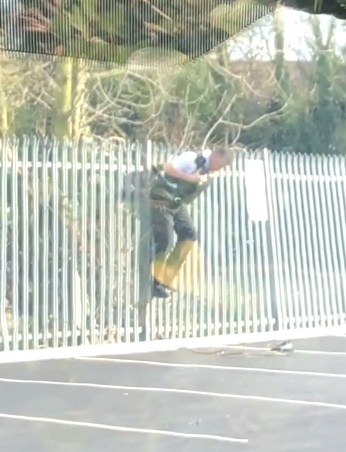 The driver who filmed the video, which has been seen by nearly 7,000 people, can be heard saying: “Loading the van up, there’s a gaffer stuck up th f***ing fence. What’s he f***ing doing?

He soon adds: “Oh my God, he is proper stuck”

At one moment, the man can be seen trying to grab his radio, presumably to call for help. But it falls to the ground.

Mocking the clumsy "cop", the man filming jokes: “’Ello, ‘ello, ‘ello, what we got here officer?”

The video has divided viewers, with some showing concern for the apparently helpless officer, while others claimed it was clearly a set-up.

One person commented: “I hope the camera man went to sort him out after recording because at the end of the day the copper is just a fellow human being in need of help.”

Another wrote: “I'm sitting on the fence here deciding if he should have helped the poor guy… great decision getting your phone out and filming!”

Others were quick to call the clip a fix, with one person writing:“It's OBVIOUSLY a set up, if he was stuck he would have used his radio to call for help. Come on folks you HAVE to be able to see through this.”

Another added: “Unprofessional police officer if this is real, radio, gun, knife, take off belt, uniform, pan….c'on think of something."

One person said he could easily have unzipped his vest to free himself if the incident was genuine.