As Tropical Storm Higos blew in from the Pacific, Stephen Stanek, a covert CIA operative, faced a decision. It was time to either cancel the operation he was running or go forward with it. The storm was barreling through the Philippines but was then projected to veer north and miss their area of operation.

Stanek’s partner for the operation, a younger man named Michael Perich, had recently graduated from the Merchant Marine Academy. A football player at the academy, Perich was now at the beginning of his career in paramilitary operations and had just recently been trained as a scuba diver. 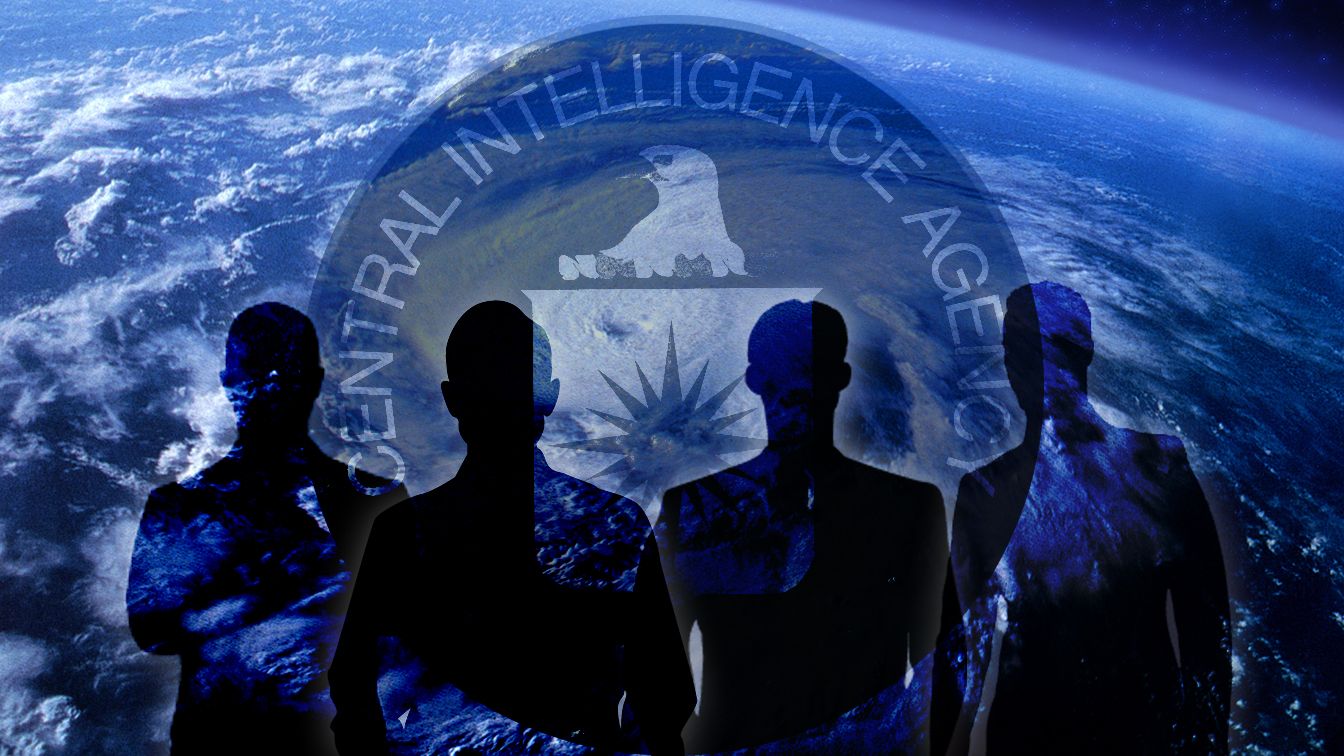 Two other men were aboard their 40-foot vessel, Jamie McCormick and Daniel Meeks, both in supporting roles. Stanek, a retired Navy ordnance disposal diver, was highly experienced but had only recently attained his license to be a ship captain, according to those who knew him.

The crew had spent the last several days sailing up the coast of the Philippines after departing Malaysia in what was to be the maiden voyage of their ship, which was secretly owned by the CIA’s Maritime Branch.

Their cover story for the 2008 mission was that a client in Japan had bought the vessel, and the crew had been hired to transport it there from Malaysia. They had paperwork and documentation to back up the story if questioned.

Their actual target was a small piece of land to the north of Luzon, the Philippines’ largest island. The CIA believed the Chinese military was occupying this small island in an area that has been hotly disputed. The U.S. in recent years has closely watched China’s military moves in the South China Sea, particularly as Beijing has built up artificial islands on reefs and atolls that were once barely visible at low tide in order to extend its territorial claims. 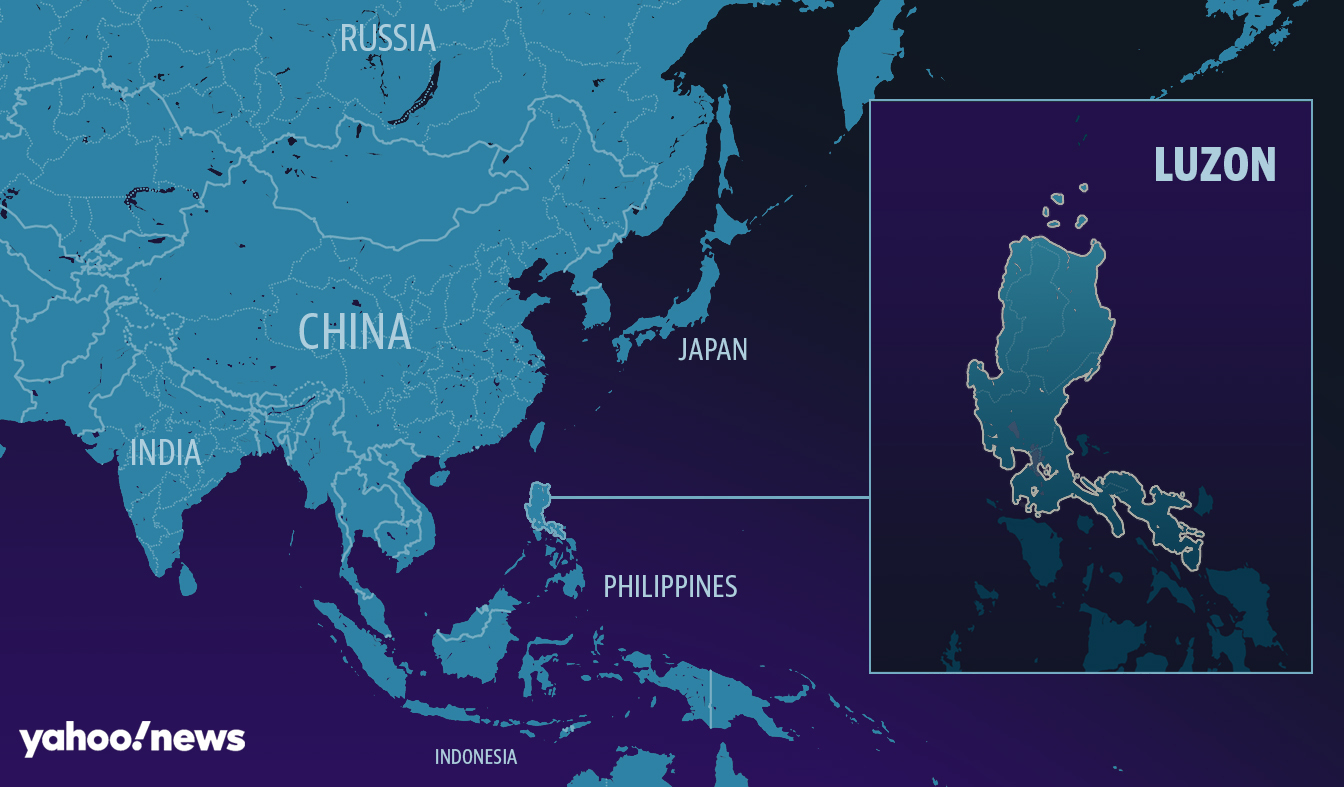 Stanek and Perich planned to dive on the island using commercial scuba gear that would be deniable in the event they were captured, whether by the Chinese or anyone else. There were to be no U.S. government fingerprints on any of their activities. Deployed from the small ship, the two divers would emplace a “pod” disguised as a rock and stuffed with classified technology just beneath the surface of the waves. It would then passively monitor electronic signals of Chinese naval ships.

Once they returned to their ship, the crew would head for Japan, where they would cool their heels for a few weeks before returning and retrieving the device.

Stanek would have closely examined the onboard weather radar system in those final moments before making his decision. According to his Navy service records as well as friends and teammates, Stanek was a patriot and a mentor, the kind of sailor admired by his peers for his hard work and can-do attitude.

But he was also under pressure to make it work. The mission wasn’t just about placing a device on one island, it was a proof of concept that would demonstrate the continued relevance of the CIA’s Maritime Branch. 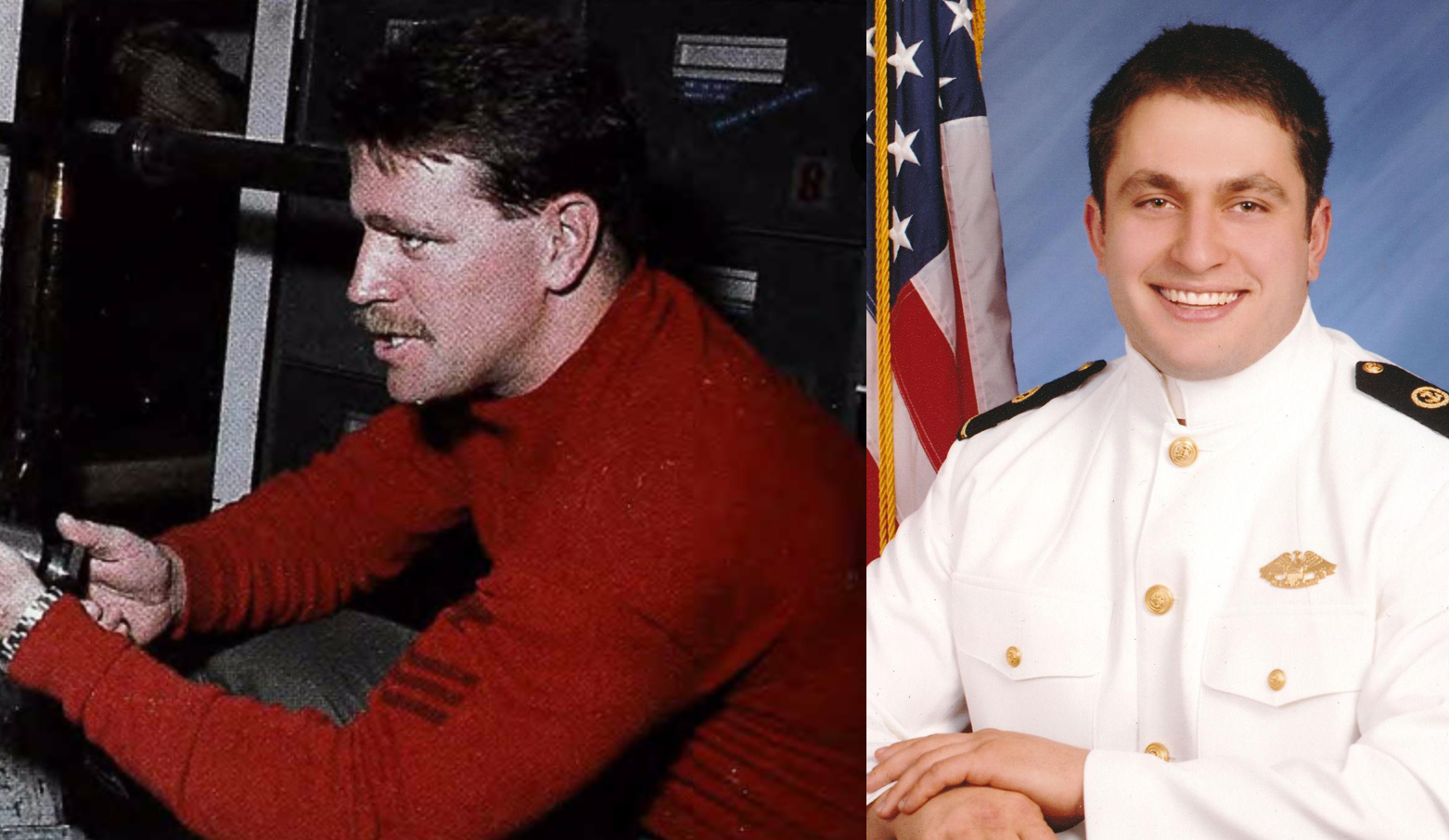 The mission came as Maritime Branch was struggling to prove its reason for existence. Several U.S. Navy programs also made use of “covered” maritime assets, meaning ships that hid behind commercial cover. The CIA’s Maritime Branch was essentially in competition with the Navy, and this mission would help prove its worth.

It’s impossible to know how much that played into Stanek’s decision, but gambling that the storm would change course as meteorologists predicted, he decided to go forward with the covert operation.

The maritime company that officially employed Stanek and the other crew members sits at the end of a quiet road in Panama City, Fla. It is surrounded by a barbed wire fence and plastic slats to prevent anyone from seeing inside. Incorporated in 1983, the company claims on paper to buy and sell boats, yet it never seems to have any in its marina.

Local residents say they have no idea what the company does, and phone calls to its office were not returned.

The company is, in fact, a commercial cover for the CIA’s Maritime Branch, according to a former CIA employee. “We build these companies from whole cloth, from the ground up,” the former CIA employee told Yahoo News, which is not identifying its name, since it is still used in ongoing covert operations. 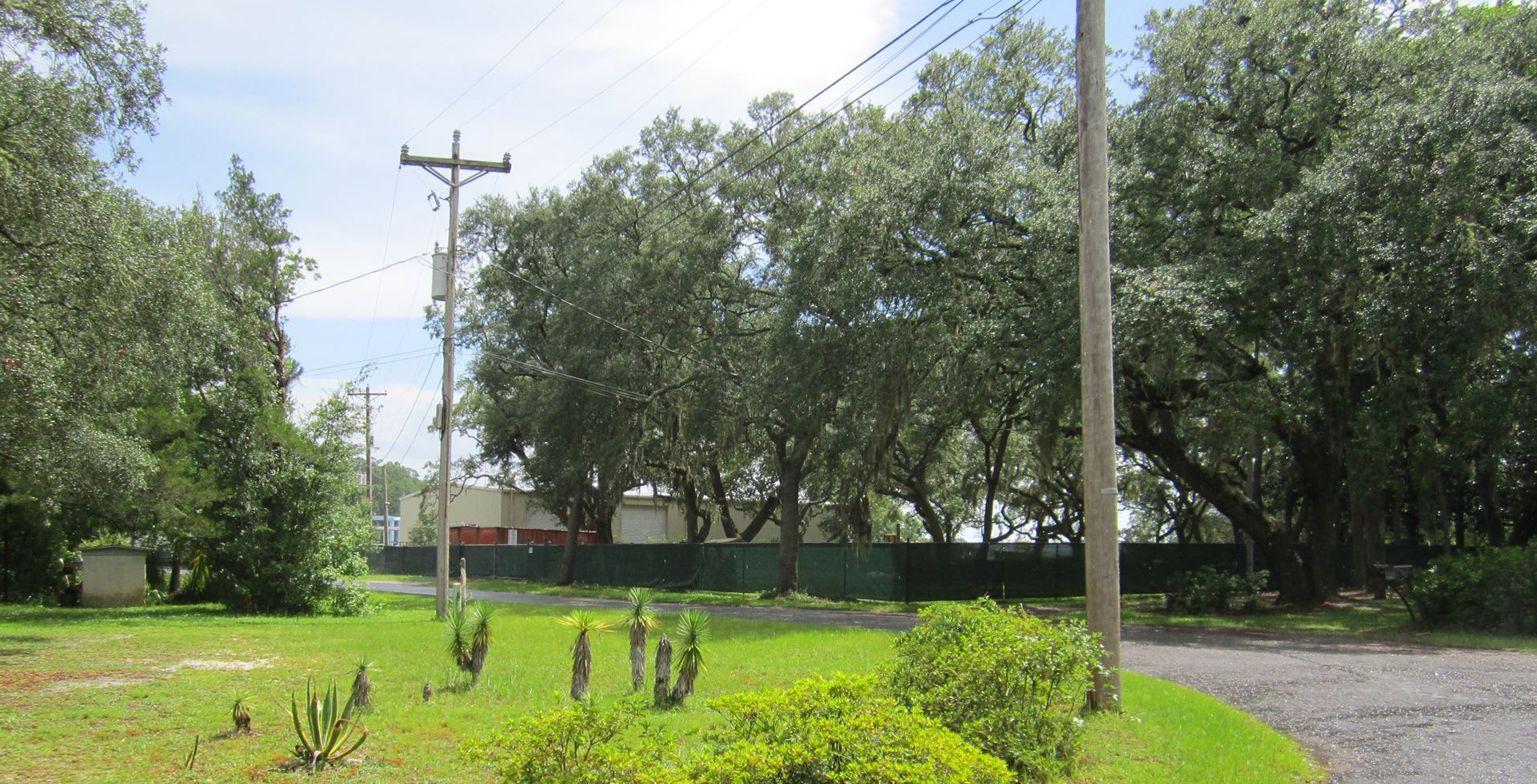 Maritime Branch is one of the CIA’s paramilitary components. Nestled within the agency’s organizational structure is the Special Activities Division, today known as the Special Activities Center, which includes Special Operations Group (SOG), which conducts paramilitary operations, and Covert Influence Group (CIG), which specializes in disinformation and propaganda operations.

SOG has three paramilitary branches. Air Branch covertly maintains fleets of helicopters and fixed-wing aircraft all over the world, including the CIA-operated, Russian-made helicopters that ran logistics and delivered troops in Afghanistan during and after the 2001 invasion. Ground Branch functions as the CIA’s version of Special Forces but operates under the agency’s covert action authorities; it often works in tandem with operations officers (the agency’s spies) and, at times, the U.S. military. Once filled with former Marines, today Ground Branch is home to many former Delta Force operators.

Maritime Branch covertly operates sea vessels in South America, West Africa and a few other locations. They can be used to extract CIA officers or their assets if called upon. “Maritime Branch was trying to become relevant again in SOG and SAD,” a former CIA officer said, “because mostly it was just a place for former SEALs to hang out with between Ground Branch tours.”

On Sept. 28, 2008, Stanek made the call to push forward with the operation. The storm was predicted to take a sharp turn away from them, even though they were currently in its trajectory. It was a calculated risk.

The 40-foot ship seemed small in open waters, and it must have seemed even smaller when the unthinkable happened. Higos did not change its trajectory but instead barreled down on the four men. At that point it didn’t matter which direction they attempted to turn, they were going to get broadsided by the storm regardless.

The CIA had a beacon on the ship that tracked the boat right into the center of the storm until it disappeared, a former SAD member told Yahoo News.

U.S. military personnel in the region remained oblivious to the CIA’s failed covert operation and had no part in any recovery efforts. The CIA coordinated with the Japanese Self-Defense Forces to have their ships make some sweeps to find the missing personnel. Nothing was ever found, “not even a floating life jacket,” a former CIA officer recalled.

One of Stanek’s old dive buddies from the Navy was at a bar in Panama City with friends when they got a call about his death. “We all knew better than to ask questions,” the former Navy diver said.

Stateside, the families of the deceased, who didn’t even know their husbands and sons had been working for the CIA, had to be informed about what had happened. Internally, the CIA officers blamed the mission failure and deaths of four of their men on Bob Kandra, the SAD chief at the time.

“There was a lot of pressure to do ops,” a former CIA operations officer explained. “They just didn’t have to die. They did a mission that you didn’t have to do, and Bob was such a bad leader. A lot of officers blame Kandra for the shit that happened in the Pacific.”

His blemishes and mistakes were glossed over because he was senior intelligence staff when he ran the Special Activities Division, according to the former operations officer.

Kandra had a reputation for poor leadership dating back to his days in Iraq, when he had T-shirts made that read, “I got laid in Baghdad.” That intensified after he was elevated to the CIA’s senior management ranks, known as special intelligence service, or SIS, according to two former agency employees. “He was protected by the SIS mafia,” said a former SAD officer.

“Kandra was a continuous screw-up, but once they make you a SIS they don’t flush you,” the former CIA officer agreed.

Kandra did not respond to messages sent through email and social media to accounts publicly linked to him, and Yahoo News was unable to reach him through a phone number listed under his name. The CIA declined to comment about the mission or allegations about Kandra’s performance.

However, the covert operation maintained its cover, even in the aftermath of a catastrophic failure. Death certificates were quietly issued with a lawyer hired by the CIA’s Panama City cover company filing the paperwork.

A few months after the men’s deaths, the CIA flew their families to the Washington, D.C., area and put them up in a hotel in Tyson’s Corner, Va. The CIA didn’t want them going around the city by themselves and potentially revealing why they were there. Once they were checked in, CIA employees met with them in a private room, and for the first time they were told that their loved ones had died during a secret CIA mission.

However, the explanations were less than satisfying for some of the relatives.

Perich’s grandmother was crying and desperate for hope that Michael could still be alive, according to a CIA officer who was present. She wanted to believe that maybe the Chinese government had kidnapped them, though it was clear they had died in the storm. “They had questions no one could answer,” the former CIA officer said of their desire to know what exactly had transpired in the middle of the storm.

The next day, the families visited CIA headquarters at Langley, Va., and met Director Michael Hayden and members of Maritime Branch. There was also a ceremony at the memorial wall, a slab of white marble with stars chiseled into it, each representing a CIA officer or proprietary contract employee who died in the line of duty since the agency’s inception. Of the 135 stars on the wall, many are now named in the display book beneath it. Others remain anonymous, the details of the CIA employees’ deaths classified to this day.

In 2008, six anonymous stars were added to the wall. Four of them belong to Stephen Stanek, Michael Perich, Jamie McCormick and Daniel Meeks. The surviving family members declined to speak to the press when contacted by Yahoo News. A spokeswoman for the CIA declined to comment, citing the classified nature of the agency’s operations. 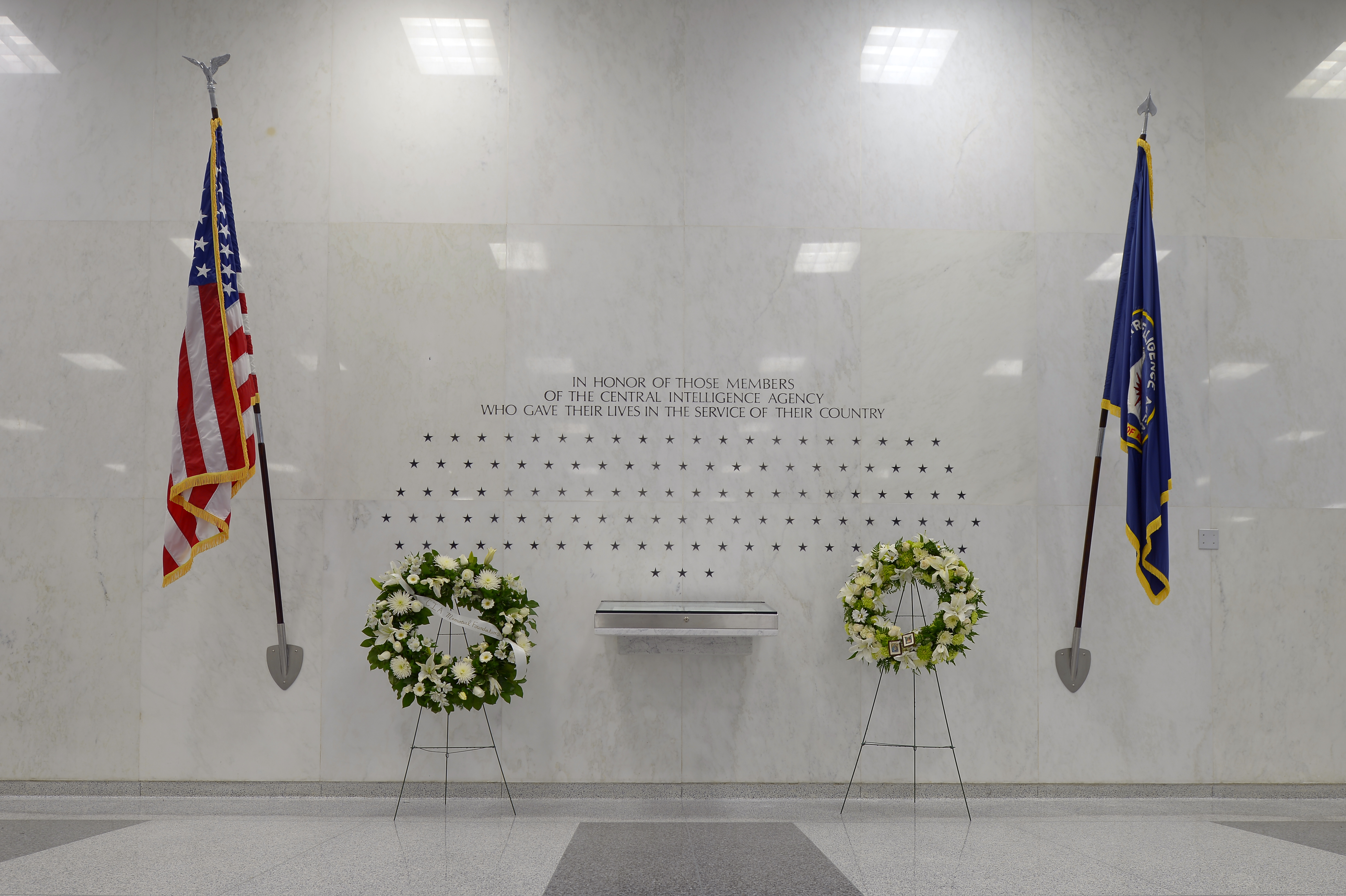 More than a decade after the operation, many in the CIA felt that Kandra, who has since retired, was never held to account for the deaths. Eventually he was removed from SAD and sent to a low-pressure job in Vienna, Austria. But he was pulled from that station as well over what one former CIA operations officer described as Kandra’s “chaos as a leadership style.”

In the meantime, a new Cold War has continued to play out in the South China Sea. In 2016, the Chinese Navy plucked an American-made undersea drone out of the ocean that appeared to have been monitoring one of their ships 50 miles off the coast of the Philippines. This may indicate that, much like the CIA’s drone program over Pakistan, and elsewhere, the undersea espionage taking place in the South China Sea has been automated, conducted with robots that limit the risk to human life.

The Pentagon asked for the drone back, claiming it was an unclassified system used to gather oceanographic data. The Chinese obliged and turned it over to the U.S. Navy in international waters four days later. Even if that particular mission ended in capture by the Chinese, no one died.