Search dogs were brought to the scene Monday night in Flint, Michigan, in response to a huge blaze that witnesses claim was accompanied by several explosions.

At least three people were missing and two people were hospitalized, FOX 66 of Flint reported, citing information from a fire official.

Emergency responders received reports around 9:30 p.m. that a fire had sparked and that people were possibly trapped inside a home, the newspaper reported. Also burning were a shed and a vehicle outside the home, the Journal reported. 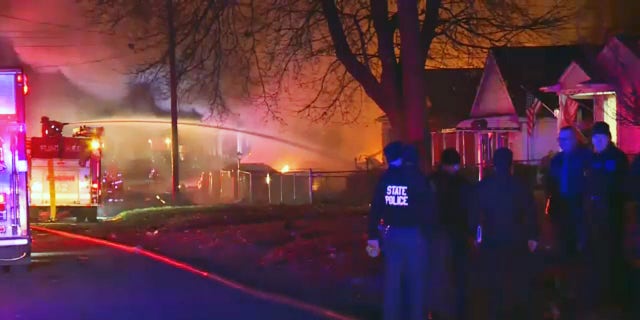 Michigan State Police and others are seen near the site of a fire and possible explosions in Flint, Michigan, Nov. 22, 2021. (FOX 66)

At least three nearby homes also were damaged, FOX 66 reported.

Consumers Energy personnel were at the scene, checking for evidence of a possible gas explosion, the station reported.

The manager of a nearby Applebees restaurant told FOX 66 that ceiling panels fell when the building started shaking after a blast. 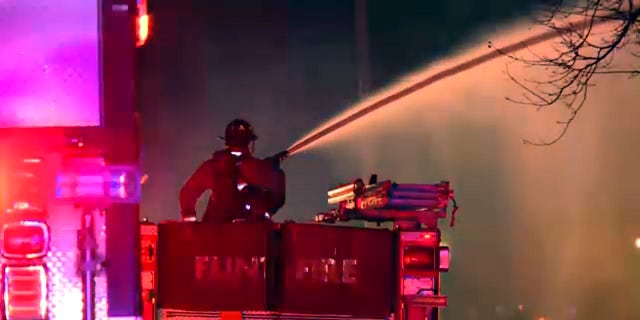 At least three shelters were set up for evacuees and a bus was brought in to transport those affected, according to the station. The number of possible evacuees was not immediately clear.

Authorities started advising motorists to stay away from the area while crews worked to extinguish the fire and assist those affected. 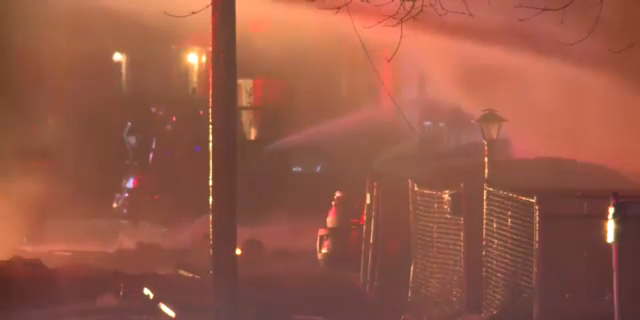 Genesee County 911 dispatchers were fielding a high volume of calls, according to a Facebook post. They advised callers to remain patient and stay on the line for a response.

Onlookers began to gather in the area and social media users as far away as Burton and Grand Blanc were claiming they felt their homes shake around the time the fire sparked, the Journal reported.

Flint is about 70 miles northwest of Detroit.

This is a developing story. Check back for updates.