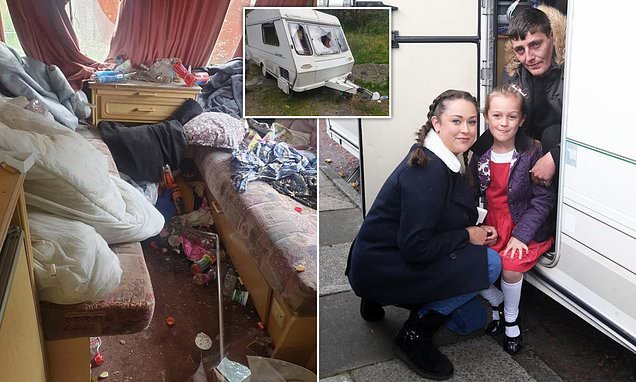 A kind-hearted family who bought a caravan for a homeless man say they feel he has ‘totally taken the mick’ out of them after it was found wrecked and vandalised.

Beggar Gavin Green, who would sit on a street in Gateshead before being given the mobile home, also ‘vanished’ around the time the caravan was spotted.

Last year, Gavin was helped by Good Samaritans who spotted him begging with a black-eye after being kicked in the face as he slept on the streets. 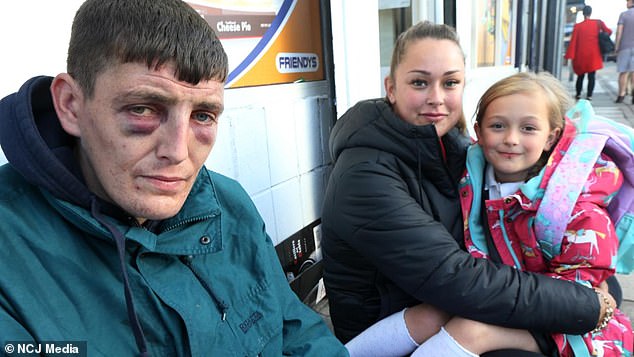 The 35-year-old’s story tugged on the heartstrings of mum and daughter team Alexandria Wright and six-year-old Avaleigh after they spotted him on Durham Road in Low Fell, Gateshead.

The caring pair decided to do all they could to help Gavin and find him a home as winter kicked in.

They quickly asked others to give their support as they got the ball rolling.

Alexandria set up a GoFundMe page and more than £1,600 was raised to get Gavin a rented flat of his own. 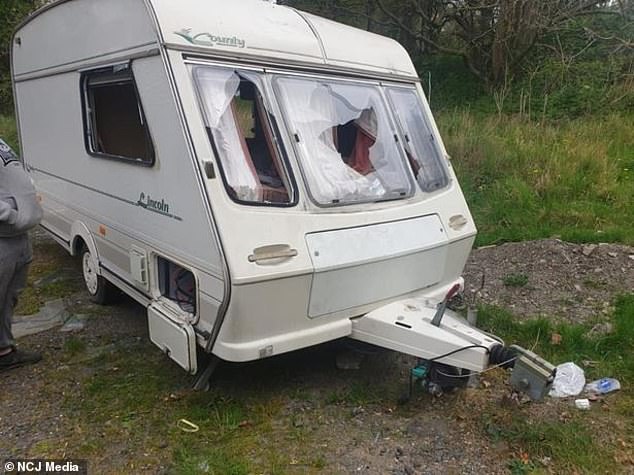 Well wishers Andrew Morris and his daughter Demi made a huge donation of a caravan, but after six months the mobile home was found wrecked with no trace of Gavin

But Andrew and Demi bought him a caravan as he waited for permanent accommodation.

The caravan was first put outside Alexandria’s home in Gateshead but it was soon moved to an area nearer to Demi in Low Fell.

But now six months on, a day after Gavin was last seen at the £400 caravan, it was found vandalised.

‘My dad bought him the caravan and we moved him near me around the back of the garages. We gave him lifts all over the North East to his friends’ and gave him money and clothes, but he repays us by leaving the caravan totally wrecked. 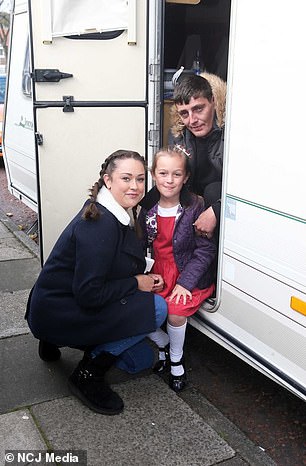 ‘The windows are broken; it is a total mess.

‘We tried our best to help him but he has just gone.

‘We have heard he has moved into his new partner’s flat. I tried looking for him to sort it out.

‘My dad gave him a caravan, money for his phone and clothes and we gave him lifts all over in our car but he repays us like this. He’s got the keys to the caravan and it has a parking lock on it so we can’t even take it away.’

Demi’s younger sister Levi, 20, posted pictures of the vandalised caravan on her Facebook page and wrote: ‘So last year my family helped a homeless person called Gavin who sits outside Frendys along Low Fell getting money off strangers.

‘My dad generously bought him a caravan for him to stay in, gave brand new clothes, food, money for his phone etc. This is the way he has left the caravan in.

‘He is the reason homeless people get a bad name when there are actually genuine people who have no home and need help.’

We told in October how Gavin, originally from Birtley, became homeless after he lost his flat in Pelton Fell earlier in 2018 after his benefit money was reduced and he couldn’t afford the rent.

He took to the streets with a bag of his belongings and chose Low Fell to sit as he felt safer there. 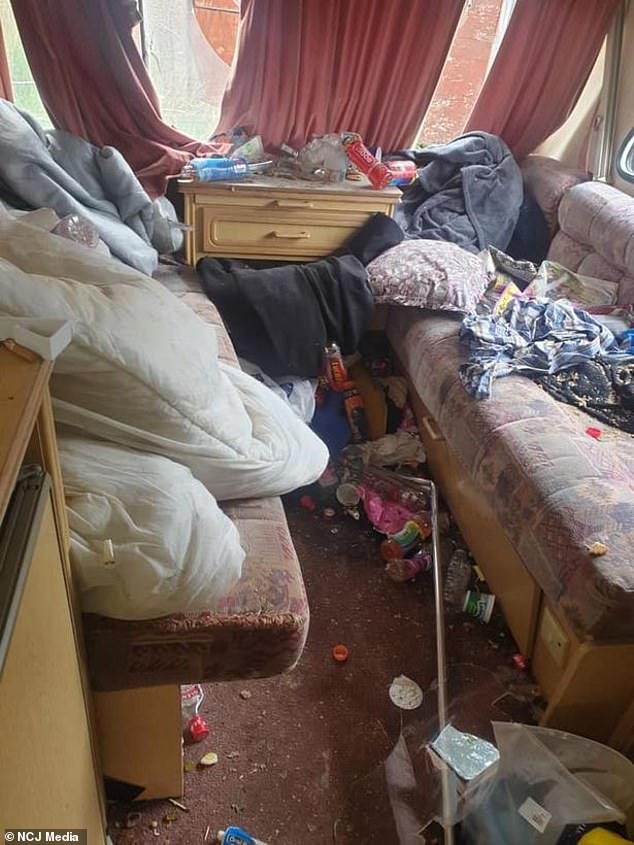 Wrecked: Bottles of alcohol, food and clothes are seen littered inside the kind donation. It is believed Gavin has gone to live in his ‘new partner’s flat’

After being taken under Alexandria’s wing and then being bought a caravan, he said at the time: ‘I am so grateful to everyone who has helped me, it restores my faith in humanity.

‘Not everyone is horrible, there are some lovely people out there.

‘I couldn’t believe it when I was told I had a caravan. I can lock the door and shut the curtains and feel safe.

‘I won’t have to sleep in a doorway and look over my shoulder all the time. I’m over the moon that Alexandria and Demi have helped me so much.’