The University of Melbourne has apologised to casual staff for years of underpayment but workers and the union say the university is not doing enough to address ongoing insecure working conditions.

Vice-chancellor Duncan Maskell on Thursday sent a letter of apology to all casual staff, more than a year after the university agreed to pay back millions in stolen wages. 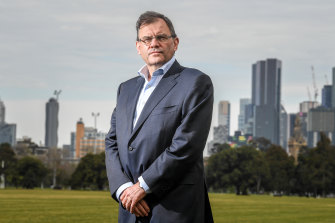 “Where these errors have occurred over a number of years, they represent a systemic failure of respect from this institution for those valued, indeed vital, employees. This failure should not, and will not, be tolerated by our institution,” he wrote.

“Putting things right will take time but a great deal of work has already been done, and is continuing as a matter of priority.”

More than 1000 past and current staff across the arts, science, medicine and engineering faculties have now received their backpay.

Mr Maskell, who was the state’s highest paid vice-chancellor last year with a remuneration package of just over $1.5 million, said the university was reviewing its employment practices and changing its payroll system.

“Professor Maskell’s executive team continues to squeeze casual staff through other perverse initiatives: from incorrectly paying holders of PhD’s to not including casual staff in the pandemic recharge leave announced last week,” she said.

“Unless Professor Maskell’s apology leads to a significant increase in conversion of this staff to permanent and stable work, this apology rings hollow.”

Ms Herrera said a number of the union’s wage theft investigations at the university were ongoing.

“It’s very disappointing. The apology doesn’t mention insecure work which is the fundamental issue,” she said.

“It’s still cheaper for them to employ casuals and that’s why they continue to do it.”

A recent undertaking by the university to get casuals into more secure work has resulted in about 120 workers being converted to fixed-term contracts or permanent positions. The union estimates 55 per cent of the university’s teaching staff are casuals.

Wage theft has become a prominent issue at universities, with the union currently pursuing RMIT University for serial underpayment of academic staff. A spokesperson for the Fair Work Ombudsman confirmed it was currently investigating RMIT.

Last year LaTrobe University announced an audit of its pay practices and encouraged any worker who suspected they had been underpaid to lodge a claim.

The higher education sector has also been in financial crisis and shedding jobs since the beginning of the coronavirus pandemic.

Co-convenor of the university’s Casuals Network Nick Robinson said during the pandemic more than ever, casuals deserved more certainty from their employer.

“Casuals already live with precarity on a day-to-day basis and the pandemic has really accelerated it for a lot of reasons,” he said.

“Nobody knows what the uni is going to be like next year, nobody knows if they’re going to get work again, we’re looking down the barrel of a potential pandemic-related recession; all of these factors put casuals in a very precarious position.”