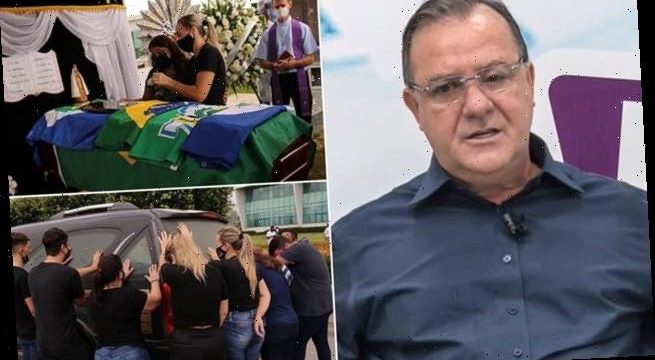 A Brazilian politician who introduced a bill prohibiting compulsory Covid-19 vaccines has died from coronavirus.

Legislator Silvio Antonio Favero, 54, passed away at a private hospital in the city of Cuiaba, Brazil, on Saturday.

Favero, a deputy of the Legislative Assembly of Mato Grosso do Sul for the Social Liberal Party (PSL), had been hospitalised since March 4 and intubated in the hospital’s intensive care unit with Covid-19.

Doctors said he had died as a result of complications and infections caused by the virus. 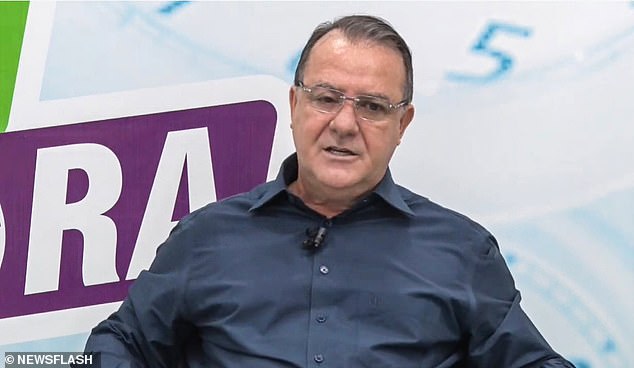 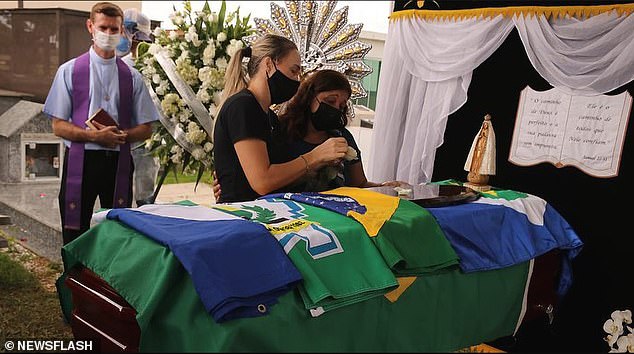 Favero passed away at a private hospital in the city of Cuiaba, Brazil, on Saturday. Pictured: The funeral of the lawmaker

Favero had introduced a bill, which is currently being scrutinised in the Legislative Assembly, against compulsory vaccination for Covid-19.

He argued that the bill would ‘guarantee the right of citizens to decide whether or not they want to be vaccinated’. As for minors, Favero believed the choice was their parents’ or guardians’ to make.

Favero said of the proposed legislation: ‘It aims to prevent vaccination from being compulsory since there is currently uncertainty about the efficacy and possible side effects of the vaccines, where they present a risk that is undoubtedly irreparable, since the short, medium and long-term effects of the vaccine are unknown.’

Favero shared the doubts of far-right Brazilian President Jair Bolsonaro about the efficacy and safety of Covid-19 vaccines. 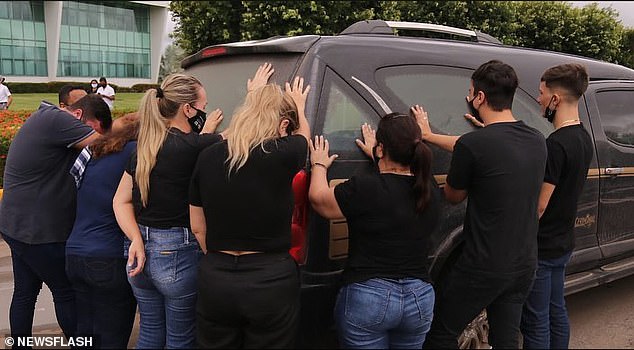 Doctors said Favero had died as a result of complications and infections caused by the virus. Pictured: Family and friends surround the vehicle carrying the coffin of Favero 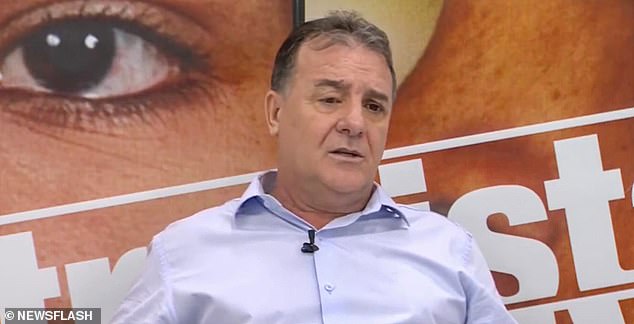 Favero had introduced a bill, which is currently being scrutinised in the Legislative Assembly, against compulsory vaccination for Covid-19

Brazil’s vaccine drive has been among the world’s slowest after Bolsonaro, who has said he will not take a jab himself, left it up to states to procure their own doses.

Just 8.6million Brazilians, or four per cent of the population, have received a first dose of vaccine, with just 3million getting a second dose.

Brazil is largely relying on China’s CoronaVac for its doses, though are also using some Oxford/AstraZeneca jabs. 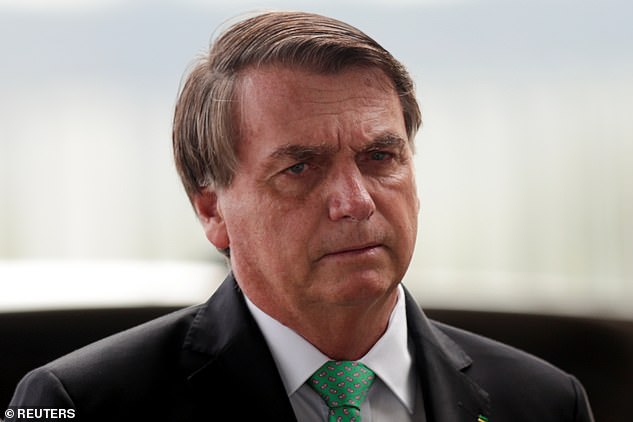 President Bolsonaro has repeatedly shunned mask-wearing rules, railed against lockdown, and last week told Brazilians to ‘stop crying’ and get used to living with the virus

Favero’s family has thanked well-wishers for their thoughts and prayers during his time in hospital.

He leaves behind his wife, Katia, and their three children, Gabriel, Gustavo and Joao Ricardo. He was buried in the municipality of Lucas do Rio Verde.

The governor paid tribute to his colleague, saying: ‘Favero left his mark on the history of Mato Grosso, fighting for what he believed to be right.’

Brazil’s health system is now on the verge of collapse as deaths and cases soar. 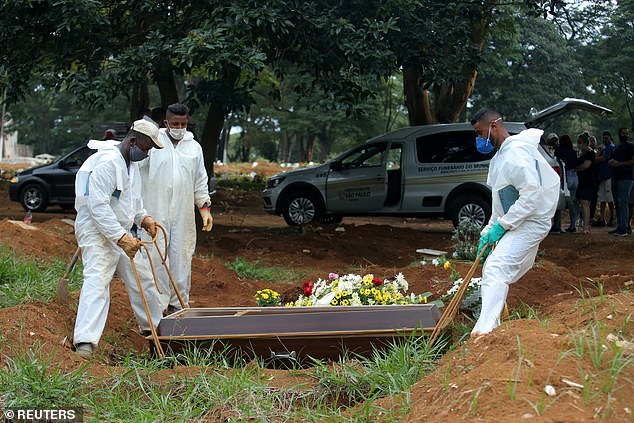 Brazil is currently reporting the highest daily number of Covid deaths of any country in the world, having overtaken the US last week (file image, a burial in Brazil)

The country reported 1,127 Covid-19 deaths and 43,812 new cases of Covid-19, the Health Ministry said on Sunday, ending the moth lethal week since the pandemic began a year ago.

Brazil is fighting a surge in Covid-19 cases driven by a new, more contagious local variant of the virus that has overwhelmed intensive care wards in most large cities.

The week saw 12,818 deaths in Brazil from COVID-19, an average of 1,831 fatalities a day. That was far above the 1,000-death daily rolling averages for January and February and points to the gravity of the resurgence.

Brazil has now registered 11,483,370 cases in all, while the official death toll has risen to 278,229, according to ministry data, in the world’s deadliest and most widespread outbreak after the United States.