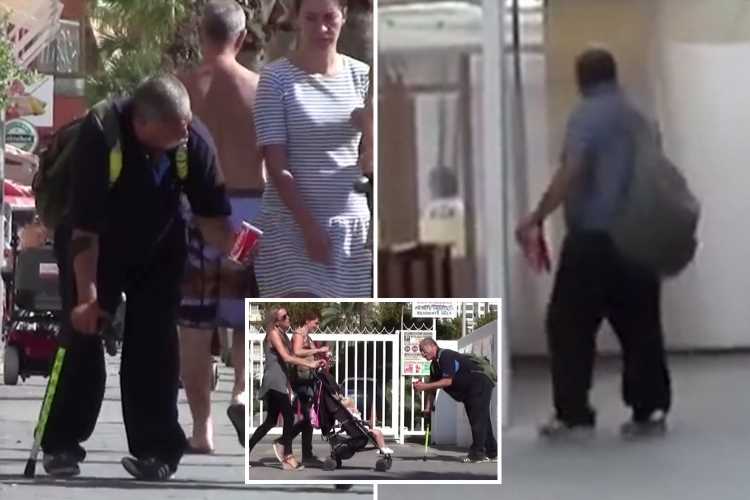 THIS is the moment a "crippled" Benidorm beggar appears to stand up straight and walk off down the road amid claims he tricks tourists and drives a Mercedes.

The professional pan-handler, a regular on Benidorm’s strip and seafront, is said to be fleecing generous Brits out of hundreds of pounds a day by pretending to be disabled. 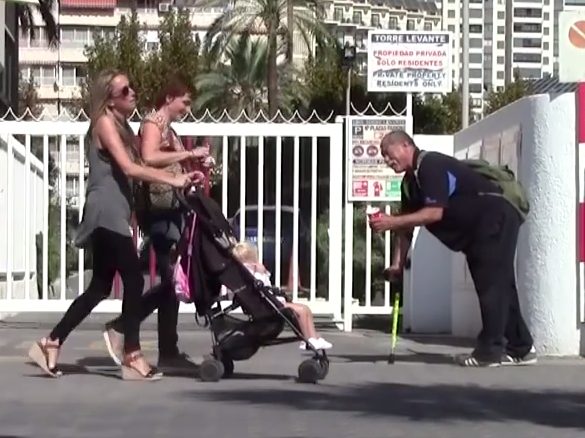 He spends hours bent double and moving painfully slowly along the pavement using a crutch as he begs his way from bar to bar.

But now soft-touch sunseekers are being warned on social media sites dedicated to the resort that the man is a con artist.

Scores of Facebook users have photographed him roaming the streets with a limp before "standing upright" and walking normally moments later.

Some claim when he’s finished ripping off holidaymakers he returns to his Merc and drives home to a comfy flat a few miles from Benidorm.

They shared snaps of the alleged con man to warn others of the "scam".

Seen him once walking (normally!) towards tiki beach, just before he got to crowd the cane was out and he was bent double.

One said on Facebook page Benidorm Seriously: “He has been seen getting out of a Mercedes, been at it for over 15 years, knows that the English are very generous that's y he's still doing it.”

Lynda said: “See him all the time when we are there apparently one of the waiters told us he well off and parks his car up which is a expensive car.”

Diane added: “We saw him too, counting his money behind the new police station by the Pelicanos and again he was standing straight as a dye!”

And Debbie said: “Seen him once walking (normally!) towards tiki beach, just before he got to crowd the cane was out and he was bent double, the amount that still gave him was astonishing!

"I even seen him one night pulling a single mattress on some rope saying he sleeps on the street.”

Another commented: "He was in chemist the other day upright, day after same again getting his takings changed into notes at the bogeta, plus he has an iPhone.

Rosemary added: "He was standing upright in Planet Benidorm yesterday, I filmed him!"

Video footage allegedly showing the beggar asking tourists for cash before walking straight as an arrow later in the day first appeared in 2015. 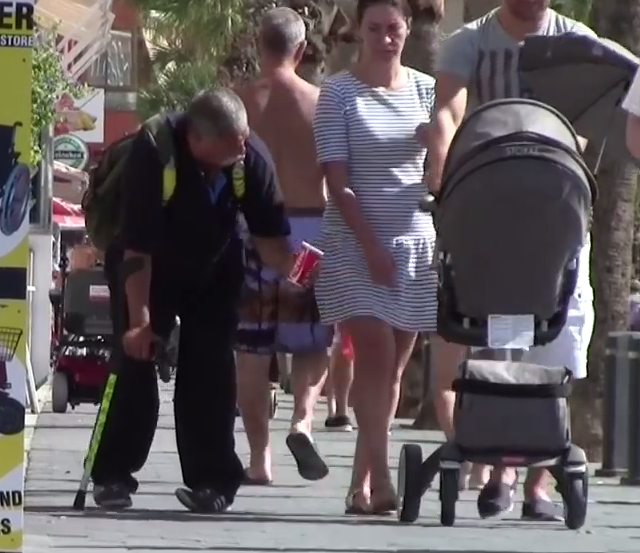 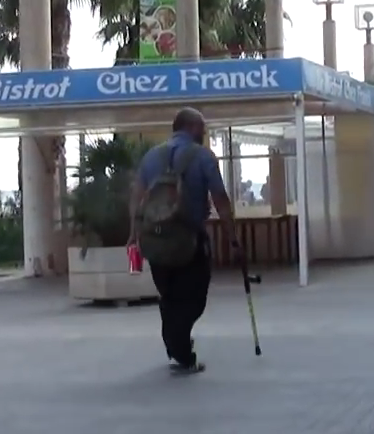 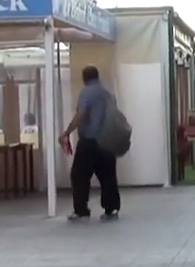