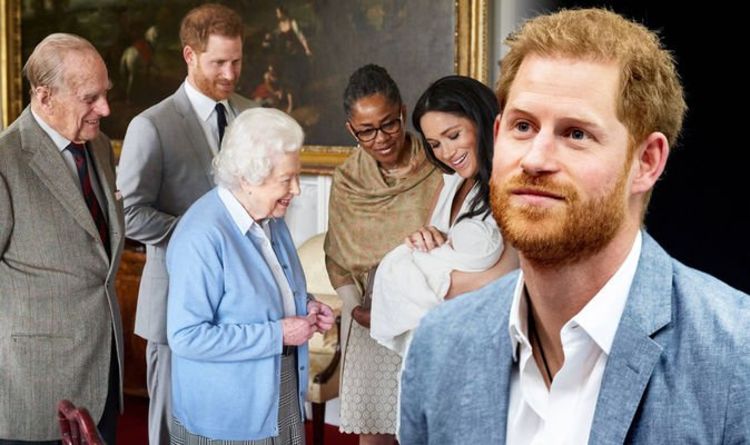 A “push present” is a custom which is said to have grown in the US in recent years. And, for some, the trend has made its way overseas to the UK. Typically, it is the act of a partner giving a gift to a woman who has recently given birth. While the term may seem relatively new, it’s said that primitive species are thought to have presented their female partners with trinkets, following the birth of their children.

Of course, it’s down to the couple as to whether they feel like the craze is something they agree with or want to participate in.

It’s not known as to whether Prince Harry will opt to give his wife a “push present”.

However, following the arrival of the royal baby, diamond expert and WP Diamonds CEO, Andrew Brown, has taken a look at what some likely options may be – should the prince choose to treat Meghan to a keepsake.

He suggested that a piece of jewellery, something which is commonly given as a special memento, could be a likely choice – but what kind?

With the baby having arrived in May, it may be that Prince Harry would opt for a piece of jewellery which includes an emerald birthstone.

“Harry might opt to design a piece featuring this birthstone,” Andrew said.

“Knowing that Meghan loves to wear stacked rings, or solid gold bracelets, we may see some new pieces adorned with birthstones. One to watch out for!” 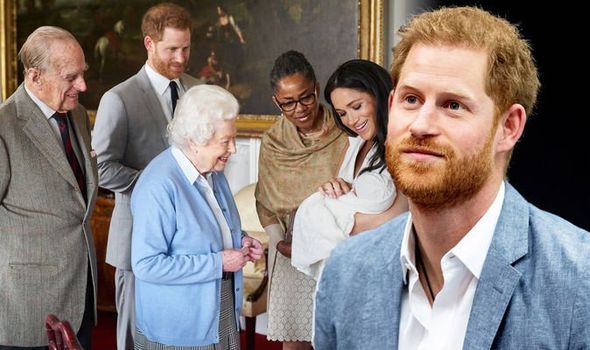 A pair of mother-of-pearl earrings would be a beautiful way for Harry to honour his grandmother, Queen Elizabeth II

A new Mother… with pearls

Pearl earrings are a more traditional route, Andrew said, with the gemstone being the Queen’s favourite.

Andrew expanded: “We know this as her favourite piece to wear for royal occasions is her three-strand pearl necklace.”

“HRH has previously gifted Meghan a stunning pair of diamond and pearl stud earrings from her personal collection.

“A pair of mother-of-pearl earrings would be a beautiful way for Harry to honour his grandmother after the birth of her newest royal descendant.”

It’s widely known that Meghan is fond of engraved watches, having previously treated herself to a two-tone Cartier French Tank watch, engraved with the words “To M.M., from M.M.”

She bought the item, costing £5,000, after the American legal drama Suits, in which she played Rachel Zane, was picked up for a third series.

“Perhaps Harry will present Meghan with a new watch, engraved with something meaningful to both of them – the exact birth date and time of their first child,” the diamond expert pondered. 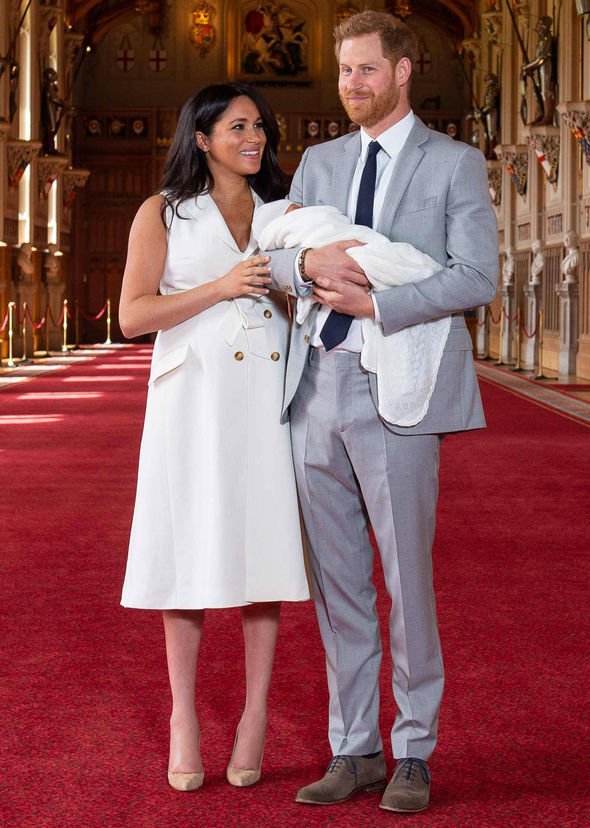 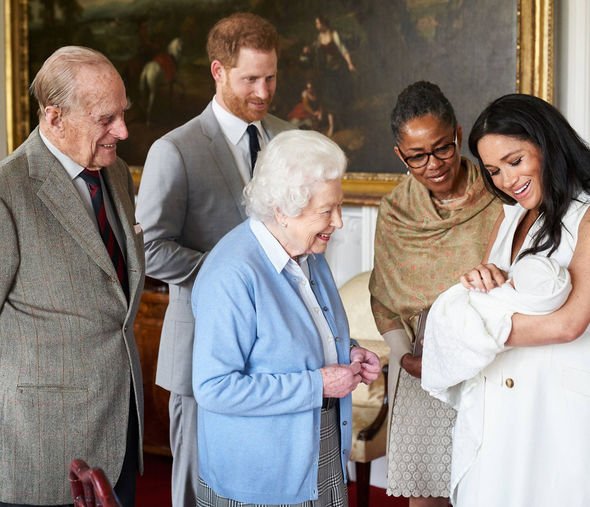 A pop of colour

On the other hand, it may be that the prince would choose to give her a colourful piece of jewellery – and make a statement in doing so.

Andrew said: “Straying slightly from the more traditional gender colour association, we might see Harry and Meghan symbolise the gender of their baby in a new, modern way.”

Gemstones can often symbolise values, so it could be the perfect choice for a royal push present.

What’s more, jewellery including these special stones seem to be something Meghan loves to wear.

“Meghan’s fashion and jewellery trends have been followed closely ever since she stepped into the royal spotlight,” Andrew said.

“In addition to her favourite, gold stacked rings, we might see Meghan adorning some stunning new additions with meaningful gemstones upon them.

“The most popular predictions include a tourmaline stone, representing joy and love, also paying homage to Harry’s late mother, Diana.

“Other popular choices include emeralds, representing love, rebirth and fertility, or a sparking morganite, symbolising divine love and healing.”